You are in: Home > 2020. 68th Edition  > News > Thirteen short films will participate in Nest, in a competition maintaining its format of physical attendance

The XIX edition of Nest, San Sebastian Festival’s international competition for short films by film students, has selected thirteen short films from amongst the 348 submissions received from 165 schools in 49 countries. The chosen works, seven signed by male filmmakers and six by female filmmakers, come from schools in Argentina, Cuba, Germany, India, Spain, the UK and the USA.

Organised by the San Sebastian Festival and Tabakalera International Centre for Contemporary Culture, this section aims to shed light on the works of students at film schools across the world. This year, the short film competition will maintain its usual format of physical attendance, with screenings from September 21-23.

For the second year running, Nest will include a short film presented by the Elías Querejeta Zine Eskola (EQZE), the school promoted by the Provincial Council of Gipuzkoa with the backing of the Festival, Tabakalera and the Filmoteca Vasca. It is entitled Ella i jo and is directed by Jaume Claret Muxart (Sant Cugat del Vallès, 1998), who completed the post-graduate Filmmaking Studies course at the school in San Sebastian.

A renowned personality from the world of film will chair the jury which, exceptionally this year, will be made up of three winning students from the last editions. The jury will decide the winner of Nest Best Short Film Award, sponsored by Orona Fundazioa, from among the thirteen works presented. This accolade, going to the director of the chosen project, comes with 10,000 euros.

Year after year, Nest gains consolidation as a breeding ground for new talents and is therefore one of the Festival’s most relevant sections. Without going any further, at this edition the New Directors section will host the premiere of La última primavera (Last Days of Spring), the feature film debut from Isabel Lamberti, a moviemaker born in Germany and raised in Spain and the Netherlands, who won the Nest Torino Award in 2015. New Directors will also include Chupacabra,by the Russian filmmaker Grigory Kolomytsev, who participated in Nest in 2016 and 2018, and was also a participant in the Ikusmira Berriak residencies in 2018. Last year, it was the Israeli filmmaker Oren Gerner who competed in New Directors with Africa five years after his success at Nest with Greenland, his graduation film.

On the other hand, and as in earlier editions, Tabakalera will take advantage of the Festival dates to screen, in loop format, the short films to have won Nest section awards in recent years. The works can be watched on the screen set up in the Medialab, the Tabakalera service housing both the creation library and the digital culture and technology laboratory. All of the short films to have participated in the section are digitised and archived at the Medialab, where they are available for consultation by all library users.

The San Sebastian Festival and Tabakalera organise the Nest section, part of the legacy of San Sebastian, European Capital of Culture 2016.

One. The 16mm is back to stay or digital image is no longer what it was. The sharpness of DSLR cameras which have been causing a revolution in the field for years with their endless colour post-production possibilities is no longer enough, nope. The movies produced by the film schools of the world are rethinking their format: the grain is back, celluloid is back, a certain kind of primitivism is back, a type of planned imperfection is back, maybe now to separate that cinema that looks towards the future of the audiovisuals of our day to day existence: cinema versus YouTube, cinema versus mobile phones, cinema versus Instagram, cinema versus social media, cinema versus algorithms.
And when technology loses its shine, we’re left with recovering the good old places: observation of the world and invention of the world.
Two. Cinema is still a place of struggle, resistance and memory: of classes, of powers, yesterday, today and always. A young immigrant working on a golf course, a young girl from a lower caste working in an upper caste home, a group of children recalling the Cuban revolution they never knew, the archive of wars in Colombia, in Vietnam, in the Falklands. Those at the top and those at the bottom, the same old story.
Three. The surprised and attentive take on everything around us as a way of making cinema. From the farthest away to the closest: a mother and daughter who paint, the brutal games played by two siblings, the observation of one’s own family is though it were a piece of the far-off Great Wall of China, the corridors of the Ukraine national opera, an academy which could be a boarding house for young witch apprentices or a school in quarantine due to the health crisis of a 2003.
The youngest cinema, the cinema of the future knows its present time very well: rethinking format, reinventing an own world. Nest is here to stay with us for a while.

* Head of Cinema and Audiovisual Programmes at Tabakalera and member of the Festival Selection Committee. 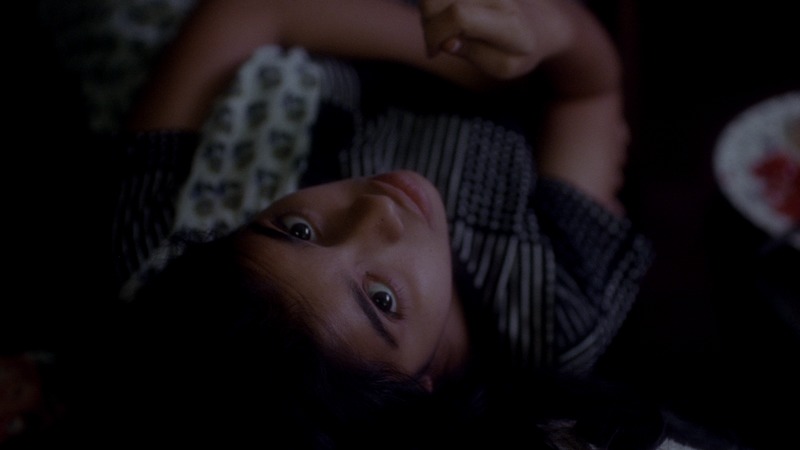 A pair of young siblings inhabit a fanciful world of their making, hidden from the eyes of their mother. When she finally catches a glimpse of their world, it faces the threat of crumbling. The two of them can either surrender or resist. 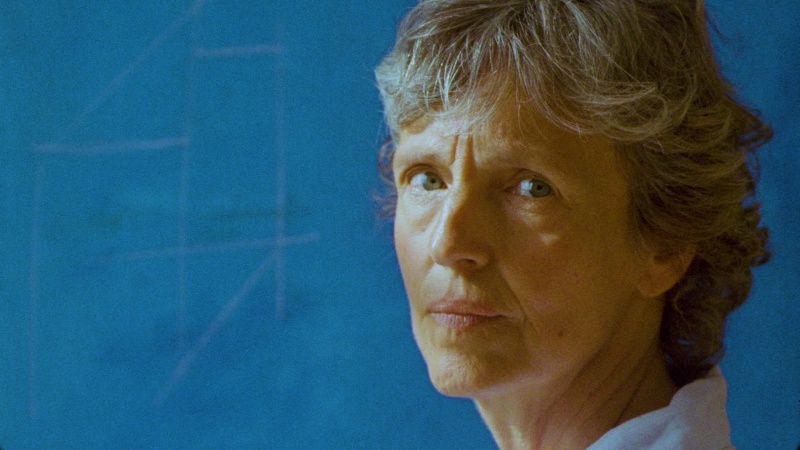 Queralt, a painter from Barcelona, tries to talk to her daughter Gemma on the phone. Gemma is starting a new life in Athens, in a studio where she paints and lives. 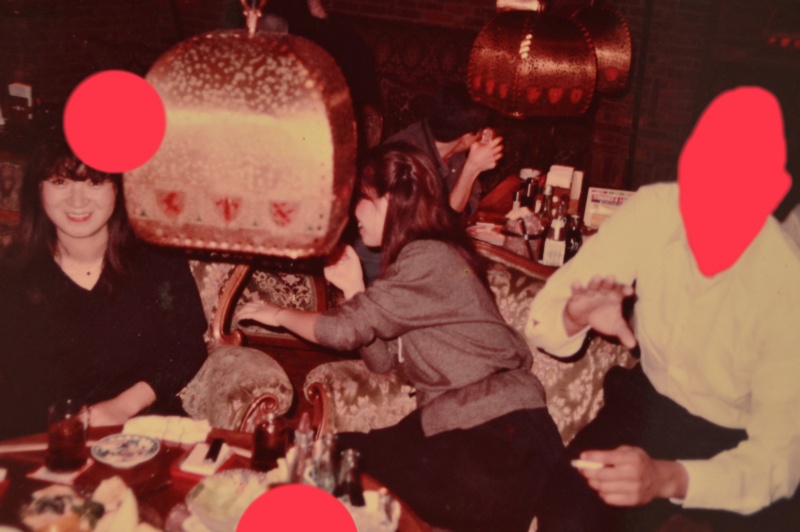 What would happen if Colombia had invaded China? This is a love story between a false Colombian hero and a Chinese woman. Together they recreate a false invasion as a metaphor of the overcoming of the armed conflict in Colombian territory. 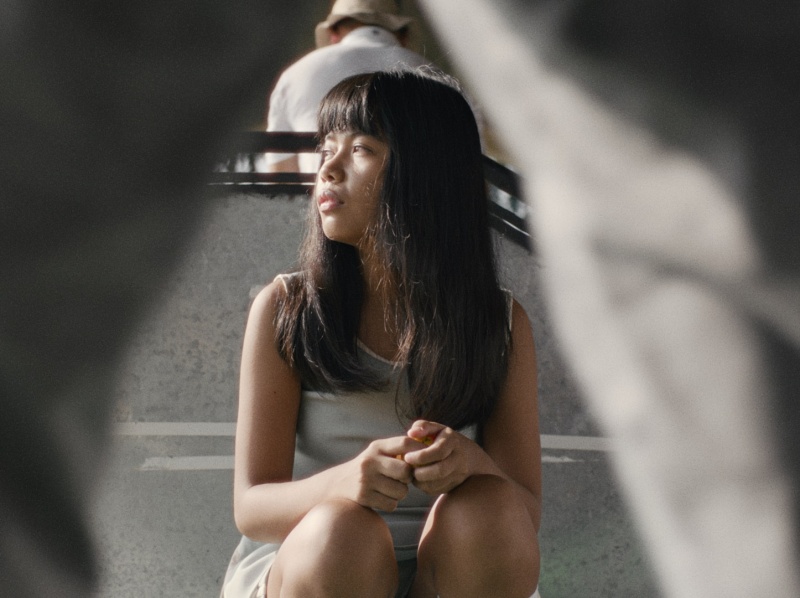 The self-contained cosmos of the golf course reflect societal structures. Although new tee girl Isabel still has to learn the rules, she's already looking for loopholes to subvert the system. 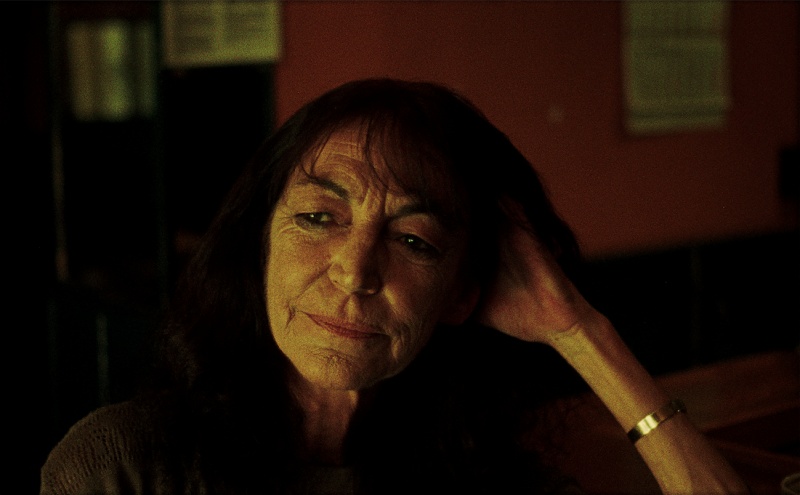 A late-summer morning in Wrangelkiez, Berlin, Elpi, a young Greek woman, receives a phone call from a long-lost friend. As the day progresses, Elpi's apprehensive wait for their reunion interweaves with the lives of other neighbourhood locals. In the neighbourhood there is a lingering feeling of wanting to get back to something. But to where, to what, and to whom? 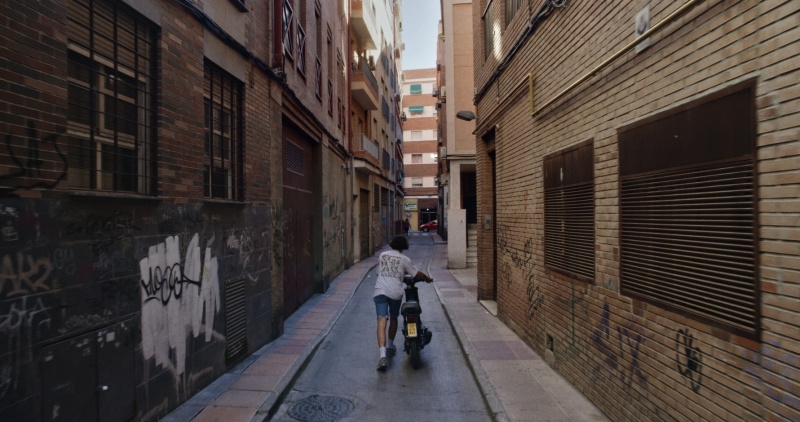 Lionel goes to visit his father, who suffers from foot disease, after receiving news that he has had a relapse. This meeting will renew the family memory; the need to find themselves will unite them once again. 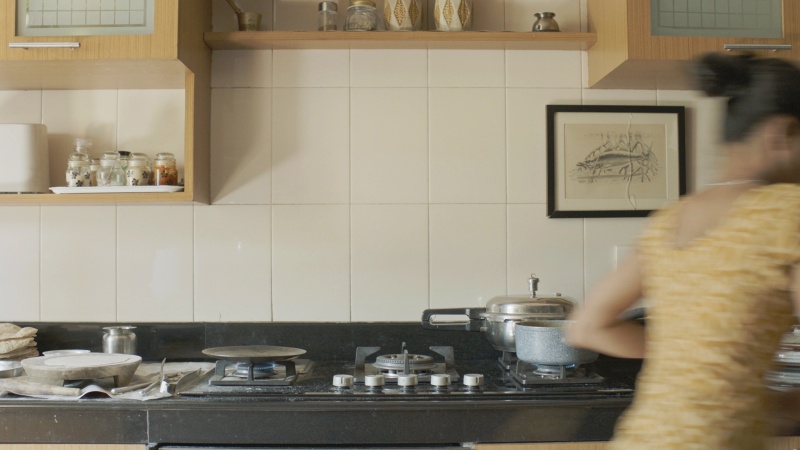 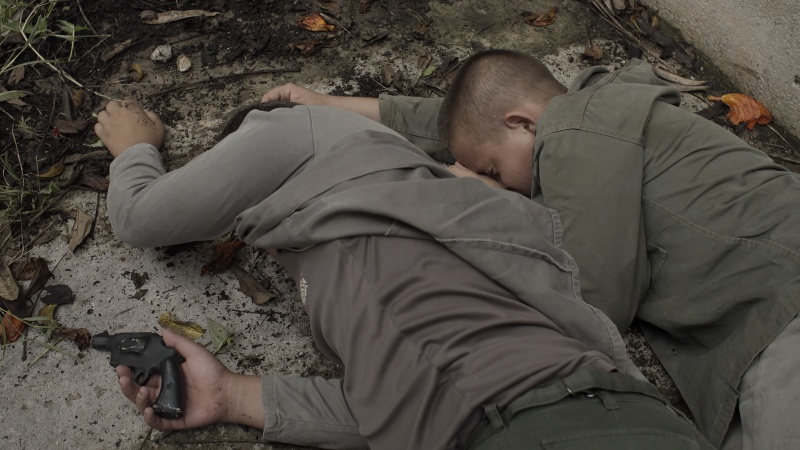 In Cuba, 60 years after the Revolution, two adolescent brothers inhabit their own dystopian universe. These boys live with their father, a veteran of the Angolan war. While becoming involved in war games where innocence loses ground, their father’s ghosts distance them from reality and lead them into a future full of uncertainties. 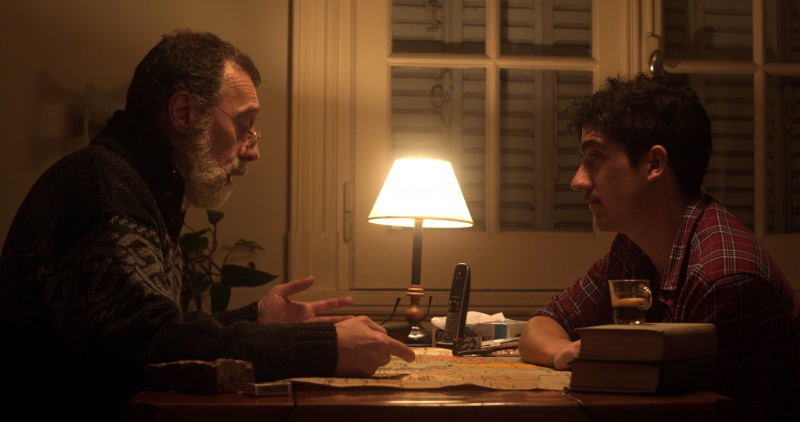 Fernando receives some baffling news which upsets him profoundly, but when he shares it with his loved ones, their reactions are not as he expected. An odd debate ensues, affecting everyone involved. 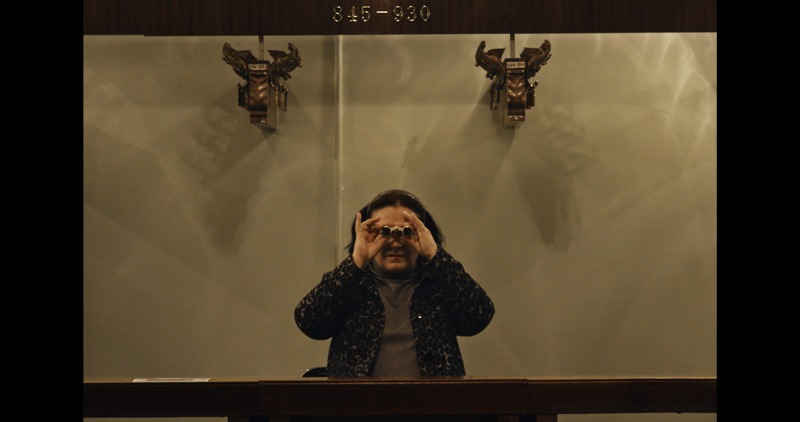 While the first guests are waiting outside in the cold, the Kiev Opera House is slowly awakening. The Orchestra is rehearsing and the preparations in the dressing rooms are ongoing. All of a sudden, the people from the outside flood the corridors and halls of the Opera. The foyer turns into a stage while the spectators and workers become actors. 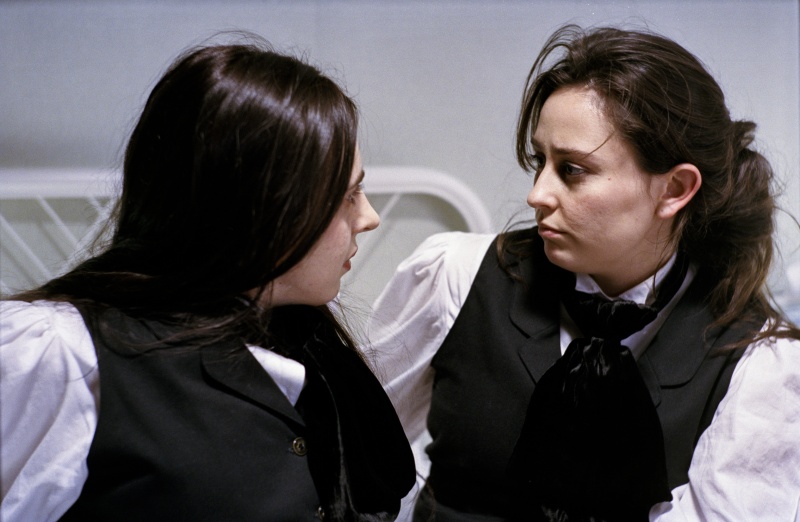 Inseparable sisters Henriette and Anais find their lives and relationship being torn apart under mysterious circumstances. 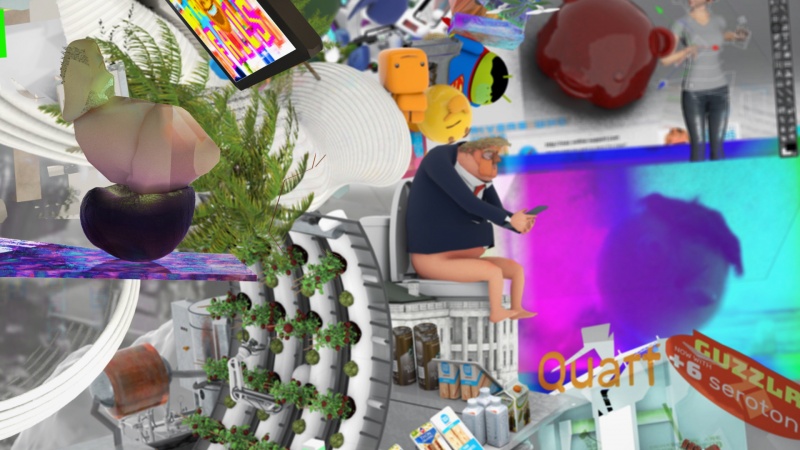 Water then food. Agriculture then industry. Old then new. Critical then extra. Simple to complex. Concrete to abstract. Dirt to clouds. Real to unreal. 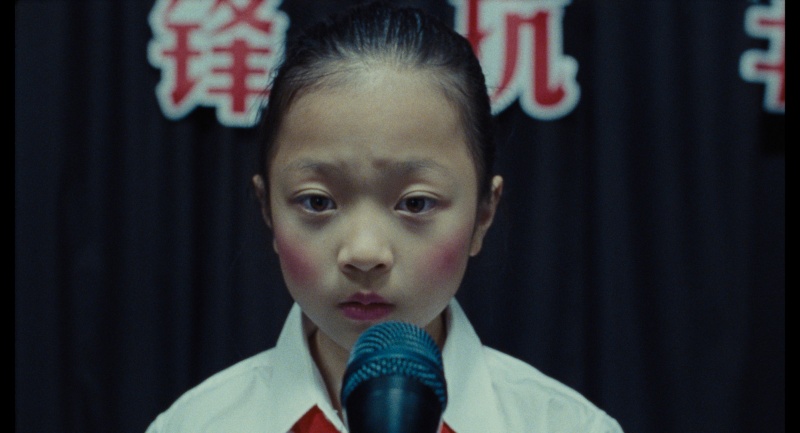 May 2003, Beijing, China: Under pressure from the WHO, the Chinese government announces that the SARS outbreak is real. The city is closed. Most students have been sent home. During a lockdown inside a private boarding school, three eight-year-old girls have to find a way to make sense of the world. 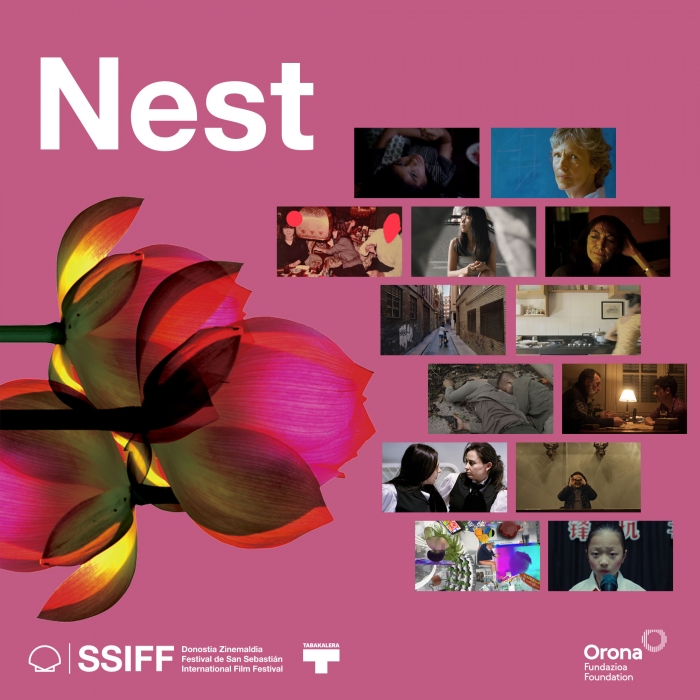 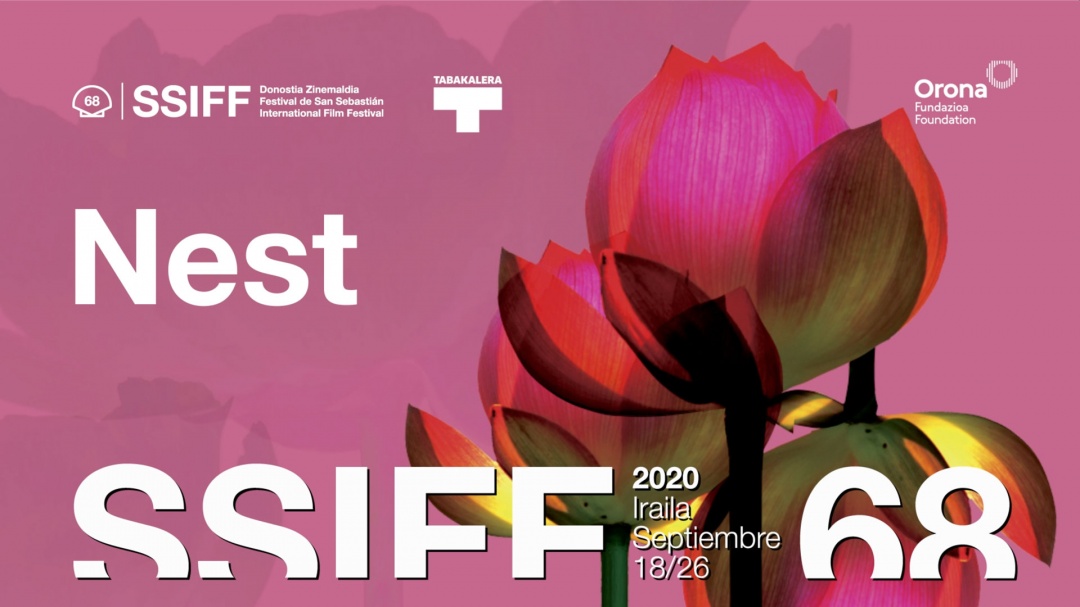