On 5 October 1975, two months prior to Franco’s death, thousands of women from feminist and antifascist groups from all over France gathered in Hendaye to participate in a women’s march denouncing the execution by Franco’s regime of Juan Paredes Manot (alias Txiki), Ángel Otaegui, José Luis Sánchez-Bravo, Ramón García Sanz and Humberto Baena, the first two members of ETA and last three members of the FRAP. The executions took place in the morning of 27 September, sparked immediate international outcry and were widely condemned.

Two feminist video groups from Paris, Les Insoumuses and Vidéa, recorded the protest and made two pieces from the material (La marche des femmes à Hendaye and Manifestation à Hendaye – 5 Octobre 1975). A third work was also made on the other side of the border: Les mères espagnoles, based on interviews carried out by Les Insoumuses activists with the mothers of the executed prisoners. Ros Murray, Senior Lecturer with the French Department at King’s College and the historian, filmmaker and researcher Arantza Santesteban analyse this series of films in the principal text of this second issue of ZINE: Film Research Series. The article explores how these Parisian groups allied with Basque political activist groups, analysing how the protests were filmed and how the aforementioned interviews were carried out.

The public presentation of the second issue of ZINE, with Ros Murray and Arantza Santesteban, will take place on 26 November at 19:00 in the Tabakalera International Centre for Contemporary Culture in San Sebastián, in a session that will include a screening of both La marche des femmes à Hendaye and Les mères espagnoles (Les Insoumuses / Carole Roussopulos, Ioana Wieder). The Basque Film Archive will also screen both films at the Artium Museum in Vitoria-Gasteiz on 25 November, and at the Bilbao Fine Arts Museum on 27 November.

ZINE is open to contributions from all researchers. Contributions to ZINE are pre-selected by the Editorial Committee and are subject to external peer review. Please send any proposals to zine@zine-eskola.eus. Proposals should comprise an abstract of between 250 and 500 words and a complete CV of the author. Instructions are available on the EQZE website.

ZINE: Film Research Series is an online academic journal published by EQZE, the Basque Film Archive and the San Sebastián Festival. The aim of the ZINE series is to publish original research which contributes to specialised knowledge in the field of film studies, from an interdisciplinary perspective.

Each issue of ZINE comprises two main sections: a peer-reviewed monographic work by specialists; and a second section which explores hybrid formats which shift between academic research and creation, with each issue containing material linked to research projects and actions instigated by EQZE's Research Department. Thus, ZINE also aims to be a nexus between the international academic community and the research initiatives carried out at the school. 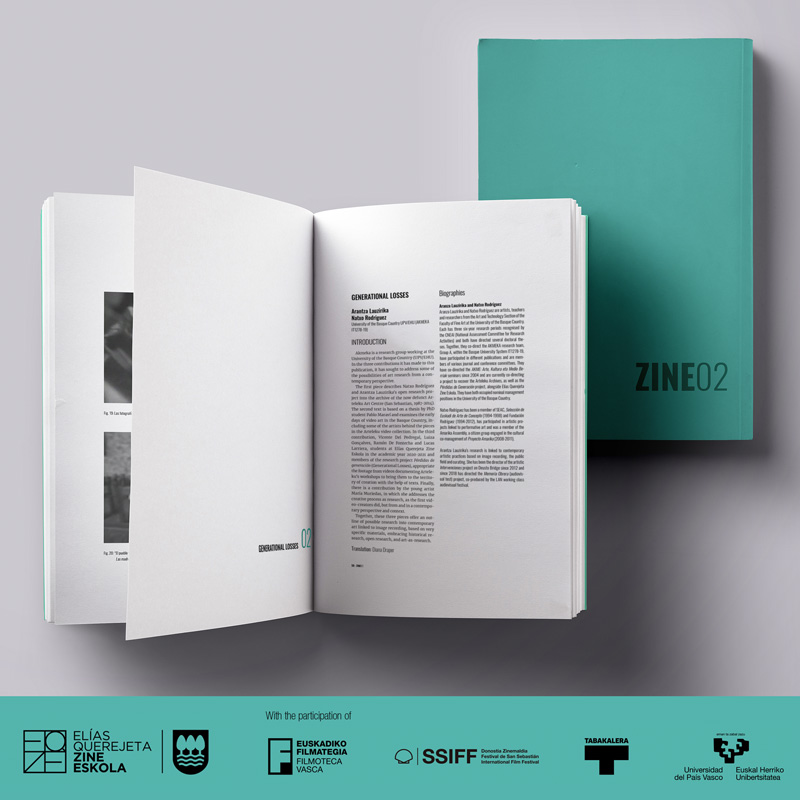