Log-in to My Festival | New user
My Festival
My Invoices
Virtual pressbox
• All films
Log-in details
Contact
CONTENT
You are in: Home > 2021. 69th Edition  > Sections and Films > Other Activities > Other activities

• Omar Ayyashi at the Photographic Society

• The Chris Kraus: Films Before and After

Abel and Marianne discover that their 13-year-old son Joseph has secretly sold their most precious possessions. They soon find out that Joseph is not the only one - all over the world, hundreds of children have joined forces to finance a mysterious project. Their mission is to save the planet. 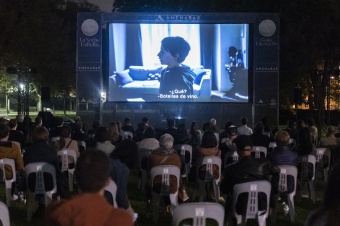 DAMA, the only Spanish institution specialising in the management of audiovisual authors' rights, produces the programme DAMA Habla. Presented by the journalist Juan Zavala, DAMA Habla is composed of interviews with filmmakers who are members of DAMA. The interviewees talk about their professional careers and reflect on their creation processes. Participants in the first series include the directors and screenwriters Gonzalo Suárez, Mabel Lozano, Yolanda García Serrano, Mateo Gil, Azucena Rodríguez, Agustín Díaz Yanes and Manuel Martin Cuenca. Set against the backdrop of San Sebastian Festival, the programme will bring interviews with Basque filmmakers during the 69th edition.

At the end of her tether with a relationship on the point of breaking up and trying to make a better future for her son, a top executive at a real estate company does business with the wrong people On the way home she realises that she hasn't made the best decision and starts to suffer the consequences. 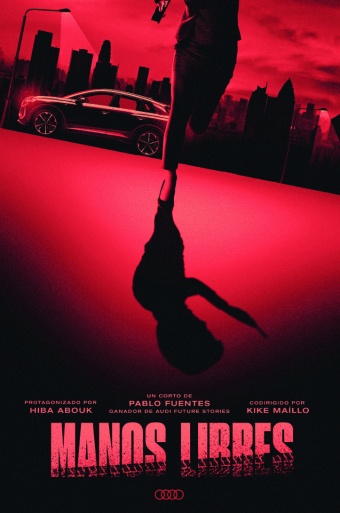 Omar Ayyashi at the Photographic Society

N5 is an exhibition project devised by the photographer Omar Ayyashi and the designer Manuel Fernández for the Fashion Art Institute and curated on this occasion by Javier S. Jiménez (Intramurs) for the GPS, which tackles the fifth Sustainable Development Goal (SDG) established by the United Nations in its 2030 Agenda: gender equality. The photographs are artistic pieces which address the different targets stipulated in SDG 5. They have been created with actresses including Juana Acosta, Belén Rueda, Paz Vega, Mina El Hammani, Anna Castillo, Cayetana Guillén Cuervo, Ester Expósito, Rossy de Palma, Amaia Salamanca, Elena Furiase, Jedet Sánchez and Bárbara Lennie. The actors wear outfits by Manuel Fernández, "canvas dresses" exclusively designed for the Fashion Art Institute with the contribution of prestigious artists from all over the world such as Manolo Valdés, Juan Genovés, Okuda San Miguel, Luis Gordillo, Rafael Canogar, Grimanesa Amorós and Ouka Leele. The 2030 Agenda is an action plan for people, planet, prosperity, peace and partnership. It is based on five fundamental dimensions, the 5Ps: people, planet, prosperity, peace and partnership. SDG 5 seeks to achieve gender equality and to empower all women and children. 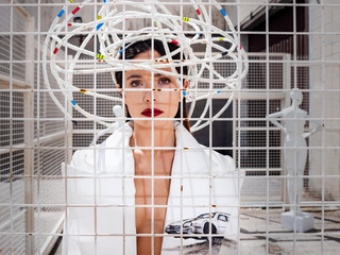 Burdened with Yugoslavia's rise and fall, an old editor in chief sticks to the state-owned publishing houses and bookstores that were once brilliant but are now on the verge of collapse. A young curator tries to use daily objects from old Yugoslavia to explore how the old way of life sustains life today. This is an Odysseus tour of the cultural heritage of Belgrade. A traveling Chinese writer passes through the area and sees the lives of the two characters from an outsider's perspective. The film records what she sees, feels, and her pain. Though mountains and streams separated them, they face each other spiritually. 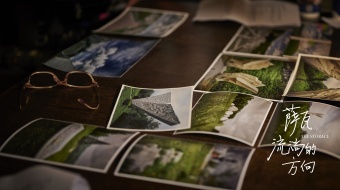 The Chris Kraus: Films Before and After

Chris Kraus (United States, 1955) is a cultural icon who has influenced several generations through her books and texts, as well as through her approach to art and film. Kraus started her cultural production with a series of films made mainly in New York during the 80s and 90s. These films were a complete disaster in their distribution and presentation, but became the best starting point for her to access literature. Her books are in a continuous dialogue with her films. The Chris Kraus: Films Before and After exhibition presents the complete filmic production by Kraus, together with some examples of her crossovers between film and literature. Likewise, it proposes a review of her filmography, which is still relevant despite the passing of time, thanks to the use of performative situations, the juxtaposition of layers of language, the combination of references, the recourse to and the consideration of the intimate as literary material, and the collective process as the driving force for production. Writer, publisher and art critic, she has published novels such as I Love Dick and Torpor, among others, and books on artistic and visual theory such as Video Green and Social Practices. Chris Kraus. Films Before and After is a co-production between Tabakalera and the Index Foundation in Stockholm. 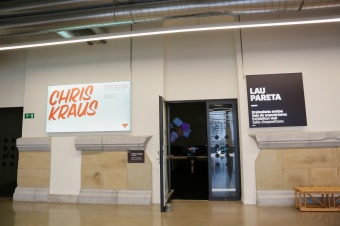 Once again Nespresso continues to demonstrate its support of the film world as a sponsor of the San Sebastian Festival and as organiser of the Nespresso Talents competition, whose awards will be presented on September 21, coinciding with this essential gathering for the seventh art. The short film competition, holding its VI edition this year, serves as a showcase for cinematic talent, exploring territories such as creativity and innovation, and approaching a younger audience who embrace a disruptive spirit. In this respect, Nespresso Talents has invited the participants to share their stories vertically (9:16), giving them the opportunity to explore their talent and imagination through this format, the most popular on social media. Furthermore, the slogan of this edition and to which the participants had to adapt when creating their pieces, is “Doing is everything”, and which highlights how the importance of carrying out small positive actions can bring benefits at all levels. To select the three winners from a long list of participants, Nespresso had an exceptional jury, related to different areas and sectors, such as the cinema, sustainability, business and content creation, among whom are: José Luis Rebordinos, Director of the San Sebastian Festival; Myriam Sainz, Director of Strategic Initiatives at Technoserve, one of the partners of Nespresso’s AAA Sustainable Quality program; Elena Sánchez, journalist and presenter of the TVE programme Historia de nuestro cine, and Melissa Villareal, entrepreneur, fashion designer and influencer. Nespresso has already disclosed the names of the three winning short films, and those of their creators, but has still to reveal the exact order of the finalists, which it will announce on the date of the awards presentation. The films are Simbiosis, created by four directors from the production company El Último Films, The Clown, by David Castejón Navarro and Ianko Stefanov, and Now I can sea, from Enri Gjini from Big Fella Studio. As well as being able to enjoy the San Sebastian Festival, the winner will receive prize money of 1,500 euros, the second finalist,  1,000 euros, and the third, 500 euros. 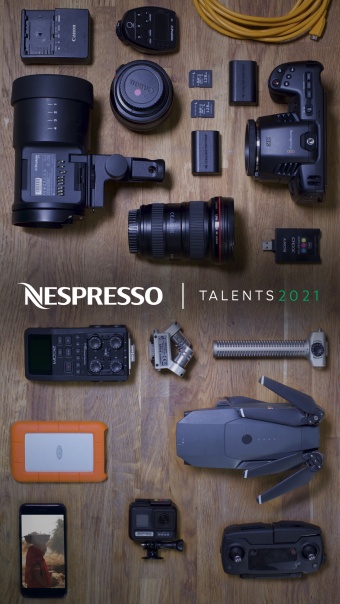 At its XXXIII edition, Bideoaldia will screen a selection of short films produced during the 2020/2021 school year at San Sebastian’s Larrotxene cultural centre. Maddi Arzallus and Iñigo Alkorta have made Atzelariak during the Film Directing course given by Pablo Malo. Also screening are small audiovisual pieces created by the B-Egia association of students and former students of Larrotxene: Amaia San Sebastian’s Rewind and Hemen Izango da; Cesar Maglioni’s 22 April; and Iñigo Madurga’s Agate. Similarly featuring on the programme are A Way Out, a thriller by the young Lucas Milla co-produced with Larrotxene, and the title closing the session, Red Bay, a short film directed by José Antonio Cortés which opened this year’s Zinegoak festival in Bilbao. 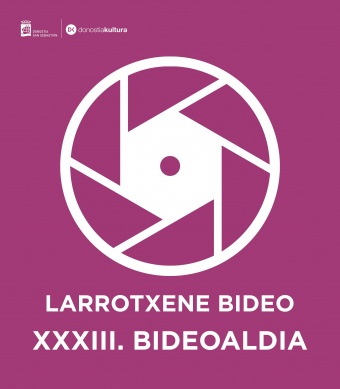 In response to the recent pandemic and the experience of confinement and isolation, which made communication even more dependent on digital media, Zin Ex. Body and Architecture explores the physical relationships between body, technology and the built as well as natural environment. The expanded cinema and feminist art of the late 1960s and 1970s not only abandoned the classic cinema space, but liberated the image of the body from objectification, putting it in touch with reality. Another group of historical references in the exhibition features experimental architectural designs based on audiovisual effects, participation, change, and sustainability.

This second Zin Ex project is accompanied by a programme of live performances, screenings and workshops, which take place partly in the exhibition space. It cultivates an encounter with international contemporary art practices that predominantly engage cinematic tools including staged documentary, semi-fictional narrative, music and dance on screen: a multiplicity of perspectives on individual and collective corporeality in a posthuman world. 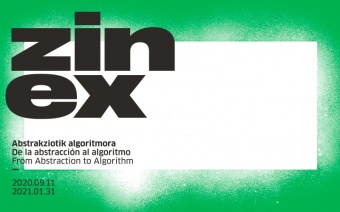