Elías Querejeta Zine Eskola (EQZE) is an international centre for thinking, research, experimental practice and pedagogical innovation focussed on the past, present and future of cinema, created by the Provincial Council of Gipuzkoa in 2017. The three EQZE post-graduate itineraries: Film Curating, Film Preservation and Filmmaking, stem from the fields of knowledge of the three stakeholders participating in its conceptualisation: the San Sebastian Festival, the Filmoteca Vasca and the Tabakalera cultural project. The school has its headquarters in the Tabakalera International Centre for Contemporary Culture, which is also home to the aforementioned institutions.

The unique nature of its origins and location, of its approach to the cinema and of its teaching project make this a centre of international scale. In fact, the second group of students to begin their studies at the EQZE in September come from countries including Argentina, Australia, Bolivia, Brazil, Colombia, Cuba, Dominican Republic, Ecuador, Finland, Italy, Mexico, Peru, Portugal, South Korea, United States, and Uruguay. Among the 45 people selected for the 2019/2020 academic year are filmmakers with works released and to have won awards at festivals or which have shown in galleries; students trained at other film and art schools all over the world; graduates in multiple cultural disciplines, specialists in the world of film production and distribution; curators with experience in production, management and programming, researchers, professionals from the world of photography and design…

The Festival participates in the EQZE as a member of its Academic Board, also teaching a subject (Festival Under Construction) designed to rethink the event together with students and professionals such as Thierry Frémaux, Carlo Chatrian, Vincent Maraval, Paolo Moretti, Jérome Paillard, Ilse Hughan, Domingo Corral, Chiara Marañón, Rosa Ferré, Garbiñe Ortega, Esther García, Leire Apellaniz and Marian Fernández, helping to develop the students’ projects through programmed tutorials, or offering them accreditations and specific professional itineraries during the Festival.

The Festival’s participation, both in conceptualising the EQZE and as a member of its Academic Board, corresponds to a general strategic commitment to becoming an international reference as a platform for the training, project development and professionalisation of filmmakers.

How many stories do seven decades in the life of an international film festival have to tell? How can we re-encounter the memory and the material traces of the myriad cinematic, political, social and personal aspects that have shaped the San Sebastian Festival since its foundation in 1953?

The San Sebastian Festival has created, together with the Elías Querejeta Zine Eskola (EQZE) research department, the project Zinemaldi 70: all possible stories (Z70) with a view to generating a living Festival archive. The first stage of the project will culminate in 2022, coinciding with the Festival’s 70th anniversary. The initiative has the collaboration of Tabakalera-International Centre for Contemporary Culture and the sponsorship of Loterías y Apuestas del Estado.

The Z70 project will highlight the importance of the Festival’s document collections (letters, photographs, reviews and articles in newspapers and magazines, books, etc.), stored in its archive since 1953. The core objective of the project is to prompt reflection and discussion on the past, present and future of the Festival, as well as dialogues critical with cinematic creation and contemporary thought.

The project involves transferring all of the Festival’s archive material to the Tabakalera building, where it will be examined, prepared and catalogued to guarantee its conservation in the Filmoteca Vasca facilities. In 2022, the archive will be available for public consultation either physically or online, through a selection of digitized contents. Consultation of the collection will include themed spotlights based on the research developed by a team of post-graduate students at the Elías Querejeta Zine Eskola directed by the researcher Pablo La Parra Pérez in collaboration with the different Festival Departments.

The research spotlights will stress little known or unknown aspects of the Festival’s history. To reveal its results until 2022, two lines of work will proceed simultaneously and in connection with one another. On the one hand, specialised research material (academic articles, presentations at congresses, own editorial projects, seminars, etc.) will be generated in the endeavour to create a critical dialogue with the latest developments in the academic field of film studies. On the other hand, a number of public programmes will be organised (conferences, exhibitions, courses), aimed at wider publics.

On December 7 the Festival began sharing its archive with citizens thanks to the project’s first public event, held in the Tabakalera cinema, looking at the transformation experienced by the Festival in the early years of the Transition, converted into a laboratory of cinematic and political experimentation in a context of intense social struggle. The EQZE student body, led by Pablo La Parra, recovered experiences such as the work of the Barrios y Pueblos Committee or the season of films made by women which in 1978 brought to San Sebastian female directors including Vˇera Chytilová, Larisa Shepitko, Agnès Varda, Cecilia Bartolomé and Vivian Ostrovsky – with the last two meeting again in the city 41 years down the line together with the San Sebastian Women’s Assembly, organisers of the initiative. Dialogue was also established between the past and present with the screening of Expediente, directed by Carlos Rodríguez Sanz and Manuel Coronado, recognised with the Golden Shell for Best Short Film in 1977, and the performative screening by filmmakers Luis López Carrasco and Raúl Liarte. 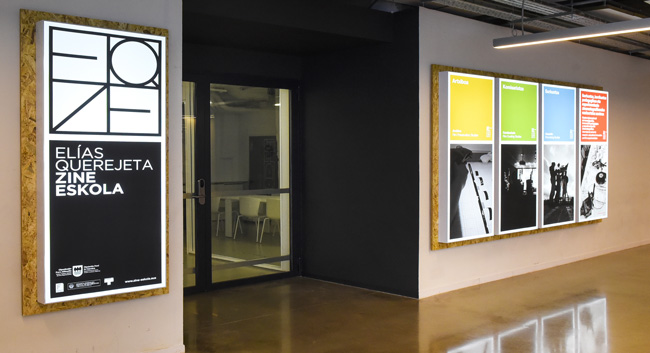 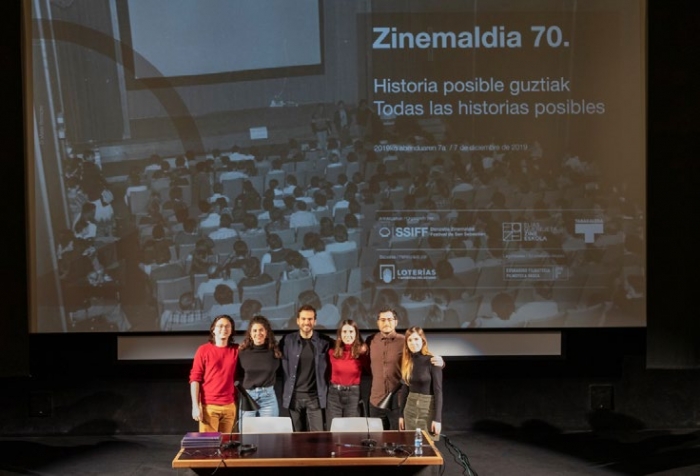