Warren Beatty is one of the most important characters of the American film industry, having performed the roles of producer, screenwriter, director and, above all, highly charismatic actor.

Beatty was born in Richmond (Virginia) in 1937. Shirley McLaine's younger brother, he graduated from Northwestern University in 1959. Having studied dramatic art with the prestigious Stella Adler, he debuted in television at the age of 22. Two years later, Elia Kazan chose him to star together with Natalie Wood in the film subsequently to become famous the world over: Splendor in the Grass (1961). His character in this film, somewhere between cynicism and tenderness, determined a first success later to repeat itself in The Roman Spring of Mrs. Stone.

It didn't take long for the handsome actor to prove that he was more than just a "pretty" face, through his performance in movies like Lilith (1964) and Mickey One (1965). In 1967, Warren Beatty and Faye Dunaway starred in one of the biggest hits of the decade, Bonnie and Clyde, a film that was to impose the retro style all over the world. In the 70s, he wrote and starred in productions including Robert Altman's McCabe and Mrs. Miller (1971), or Hal Ashby's Shampoo (1975), both with Julie Christie alongside him on the cast.

A perfectionist highly demanding of his own self, Beatty took three years to prepare his directorial debut: Heaven Can Wait (1978), a movie with which he obtained four Academy Award nominations: actor, director, producer and screenwriter. Three years later, he directed Reds, in which he plays the part of journalist John Reed during the Russian revolution. Interested in the new formal techniques and in plastic research of the image, he took the plunge with an experimental project in Dick Tracy (1990). Of left-wing tendency, he expressed his progressive ideas in the provocative Bulworth (1998).

Warren Beatty combines the tradition of classic Hollywood with the risk of independent cinema. 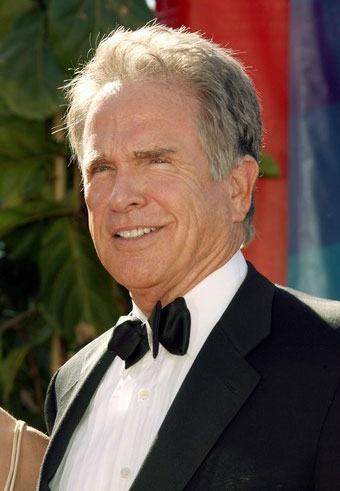