Paco Rabal received with enormous joy the news that he was to be presented this year with the Donostia Award. The Festival had owed it to him for some time, but his work obligations had made it impossible until now. The news of his death while returning from the Montreal Festival, where he likewise received a homage, was a terrible shock for his friends and admirers, that is, half the world. The Festival is maintaining its promised tribute.

Rabal (1925-2001) appeared in almost 200 films. His first work in front of a camera, in 1948, at the young age of 23, caught everyone's attention. He stood out in the Spanish cinema of the time for his spontaneity, his peculiar voice and his handsome build.

And not only in Spanish cinema. His services were in great demand by Buñuel (Nazarín, 1958; Viridiana, 1960, Belle de jour, 1967), by Saura (from Llanto por un bandido - Weeping for a Bandit in 1964, until Goya in Burdeos - Goya in Bordeaux in 1999), by debutants from the Barcelona School (Jacinto Esteva's Después del diluvio - After the Flood), Glauber Rocha (Cabezas Cortadas - Cutting Heads), by Antonioni (The Eclipse, 1961), Visconti (Le streghi - The Witches, 1966), and Rivette (La religieuse - The Nun, 1966). Always ready to back youngsters and risky projects, he also appeared in Pedro Olea's Tormento (Torment), 1974, Francisco Regueiro's Las bodas de Blanca or Mario Camus' La colmena (The Beehive), 1982.

Spain's most international actor received the Best Actor Award at the first San Sebastian Film Festival in 1953 for his work in Rovira Beleta's Hay un camino a la derecha, and among many others, he also garnered the Cannes Festival award in 1984 for Mario Camus' Los santos inocentes (The Holy Innocents), shared with Alfredo Landa. Truhanes (1983), Padre Nuestro (Our Father), 1985, La hora bruja (The Witching Hour), 1985, El aire de un crimen (Scent of a Crime), 1988, ¡Atame! (Tie Me Up!, Tie Me Down!), 1990, El hombre que perdió su sombra (The Man Who Lost His Shadow), 1991, or El Evangelio de las Maravillas (Divine, 1998), are only some of the unforgettable works on his long filmography.

But if that's not enough to justify his presentation with San Sebastian Festival's Donostia Award, Paco Rabal also deserves this recognition for his personal career, for being faithful to his ideas, his friends and his principles. A great actor. A real man. 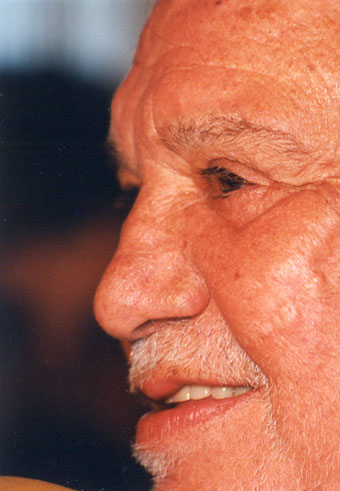 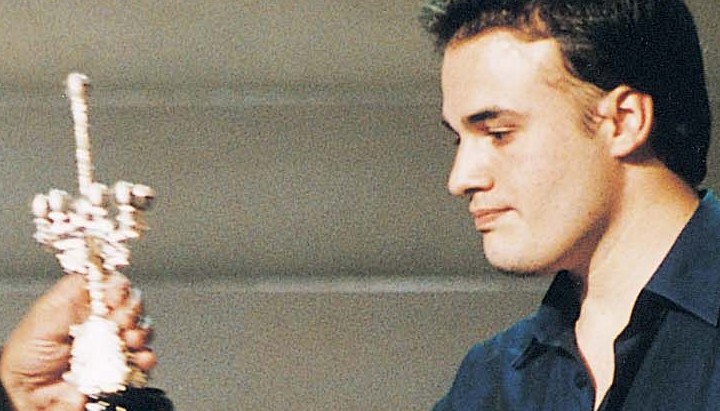