As Allen’s character would say in one of Allen’s movies: let’s start from the beginning. And the beginning is that Allen, Woody, was born into a Jewish family in Brooklyn, New York, as Allan Stewart Konigsberg. This sentence resumes the three elements that were to shape his life and career as one of the greatest filmmakers in the 20th (and 21st) Century. New York, the city of his dreams, his nightmares, his loves, his obsessions; the family, a predominant topic at some stage in his cinema; and being Jewish, an unquestionable cultural fact which has conditioned his whole way of thinking, his humour and his film writing.

Allan, already known as Woody by his friends, was 17 when he started writing jokes on an old typewriter. He could never have imagined that shortly afterwards the jokes were going to become his way of life. But that’s enough of prehistory, let’s look at the movies, first of all making a stop in the theatre where his monologues had audiences splitting their sides with laughter, giving us an insight to what was going to be his future: “I think I’ll take a look at some of the most important events of my private life and put them in perspective”. That’s what he’s been doing since he made his first screen appearance in 1965. Four years later he decided to make a change, veering towards noir comedy with Take the Money and Run. In the early 70s, Allen spent his time learning to direct and make folk laugh with his mad stories (Bananas...). His meeting with Diane Keaton directed him towards another kind of more mature cinema, with a more subtle sense of humour. Somewhere between Annie Hall and Manhattan, Allen slotted himself first person into his stories, hence making some of the most memorable titles on his filmography. The appearance in his life of Mia Farrow led him to make a kind of cinema in which the urban, Jewish, neurotic intellectual collided with a more conservative, middle-class world represented by the many families filling their ten years of coexistence, and during which the odd more heterodox movie nevertheless raised its head, like Zelig, Another Woman and Shadows and Fog.

In the last twelve years Allen has redirected his cinema, and with it his character, towards far more varied screenplays, almost always set in New York: Manhattan Murder Mystery, Bullets Over Broadway or Small Time Crooks, but widening the perspective of which he talked in his monologue towards other cities (Paris or Venice), other realities and other characters. Now, after almost 40 years of career in addition to over thirty movies, having become a reference for various generations of moviegoers, Allen’s character could say in one of Allen’s movies on receiving the well-deserved San Sebastian Festival’s Donostia Award, that: “Writing and directing movies isn’t a job, but a way of enjoying myself”. Him making them, the audience watching them. 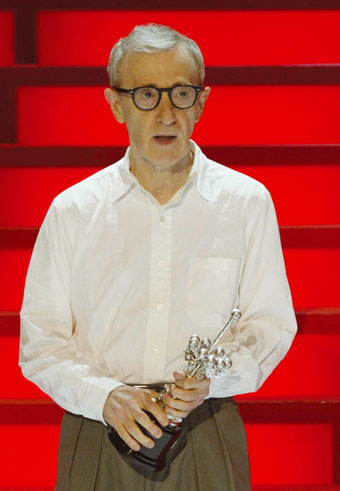 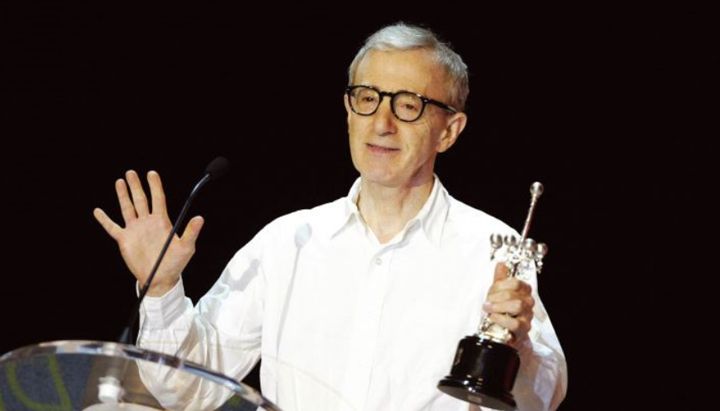