Considered by many to be the best contemporary actress, Meryl Streep has so many qualities that it’s almost impossible to mention her name without taking recourse to superlatives. While her talent has little to thank statistics, she can nevertheless be defined in numbers: she is the actress to have received most Oscar nominations in history, 14, and the highest number of Golden Globe candidatures: 21. She landed two Academy Awards for Kramer vs. Kramer (Robert Benton, 1979) and Sophie’s Choice (Alan J. Pakula, 1982), and the six Golden Globes garnered for her parts in those films and in The French Lieutenant’s Woman (Karel Reisz, 1981), Adaptation (Spike Jonze, 2002), the TV mini-series Angels in America (Mike Nichols, 2003) and The Devil Wears Prada (David Frankel, 2006), describe but a tiny part of an enormously versatile, intense career.

Meryl Streep was born in New Jersey, USA, in 1949. She began studying to become a theatre actress at Vassar College, later continuing at Yale Repertory Theatre. During those years she played parts by the great classic authors, Shakespeare and Dostoevsky, Tennessee Williams and Arthur Miller. She was performing on Broadway when she landed the chance of her first and subsequently renowned outstanding performance in Julia (Fred Zinnemann, 1977). Her second part, as Linda in The Deer Hunter (Michael Cimino, 1978), took her directly to the Oscars, with her first nomination, followed by another the year after for Manhattan (Woody Allen, 1979). Meanwhile, she was also making her mark on television, with the series Holocaust (Marvin J. Chomsky, 1978). The thoroughness of her work, and her talent for dramas starring courageous, strong-willed women, landed her parts as well known as those of The French Lieutenant’s Woman, Sophie’s Choice, Silkwood (Mike Nichols, 1983), Falling in Love (1984), Plenty (Fred Schepisi, 1985) and Karen Blixen in Out of Africa (Sidney Pollack, 1985).

But Meryl Streep had yet to demonstrate a completely different kind of talent: comedy. She-Devil (Susan Seidelman, 1989), Postcards from the Edge (Mike Nichols, 1990) and Death Becomes Her (Robert Zemeckis, 1992) started revealing another of her valuable characteristics: the ability to convey vitality. If in drama she is capable of transmitting each and every one of the emotions experienced by the human being, in comedy Meryl Streep gives such an impression of enjoying herself that the spectator is inevitably lured into sharing the fun.

Naturalness and balance, combined with the exhaustive preparation of each role and exactly learning the accents of women from different parts of the world, have been the identifying marks of a trajectory remaining on a constant high and bolstered by literary adaptations like The House of the Spirits (Bille August, 1993), thrillers like The River Wild (Curtis Hanson, 1994), meetings with great directors like Clint Eastwood in The Bridges of Madison County (1995), Before and After (Barbet Schroeder, 1996), Jonathan Demme in The Manchurian Candidate (2004), re-encounters with Robert de Niro in Marvin’s Room (1996) and with Robert Redford in Lions for Lambs (2007), not to mention her participation in new generation line-ups with Adaptation (Spike Jonze, 2002) or The Hours (Stephen Daldry, 2002).

She has also started singing again, while renewing her talent for comedy, in A Prairie Home Companion (Robert Altman, 2006), and Mamma Mia! (Phillyda Lloyd, 2008), which, together with her part in The Devil Wears Prada (David Frankel, 2006), prove the continuing excellent shape, in all respects, of a Meryl Streep who has also lent her voice to several characters in stories for children and narrated documentaries. The artist is moreover involved in humanitarian and artistic causes, working in favour of countless associations and initiatives. She has been married to the sculptor Don Gummer since 1978 and is the mother of four children. 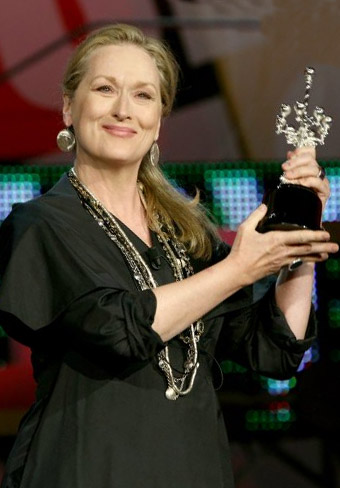 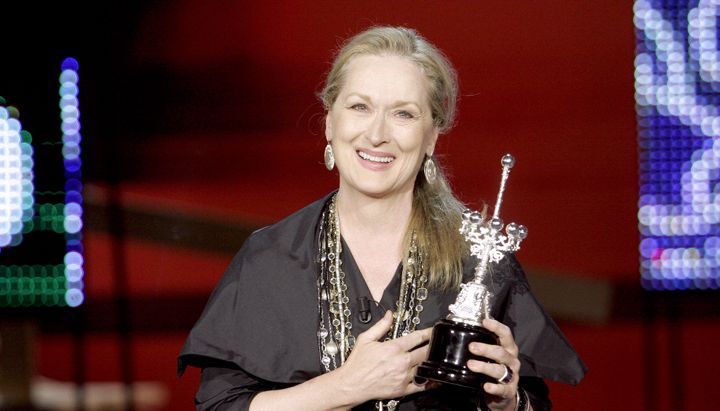