Paul Julian Smith specialises in film and television in Spain and Latin America and holds a PhD from the University of Cambridge (UK). He is currently a Distinguished Professor at the Graduate Center, City University of New York.

He is the author of sixteen books on Latin American and Spanish culture, including Amores perros, Las leyes del deseo (translated into Spanish), Desire Unlimited: The Cinema of Pedro Almodóvar (the first book written about the director in English), and some 70 scientific articles.

He is a member of audiovisual communication research groups in Madrid and Guadalajara (Mexico). He sat on the jury at the Morelia International Film Festival (2009) and was a panellist for the Latin American Film Competition sponsored by Cinema Tropical in New York (2011). He is a Fellow of the British Academy.

As a journalist he is a columnist with Film Quarterly, a magazine published by the University of California, and a regular contributor to Sight & Sound, the British Film Institute’s monthly magazine. He has also worked with the daily, The Guardian.

He has taught classes on film and television in universities in the UK, USA and Spain and has given more than a hundred conferences and talks on the subject worldwide. 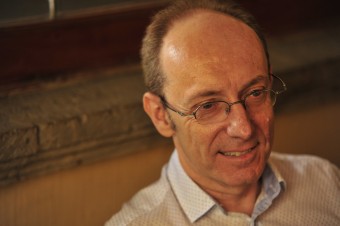