She has directed more than 15 plays and won the FONDART prize designed to help artists in the creation and research of their projects. With the FONDART National Arts Development Fund Award, in 2013 she directed the work Cerca de Moscú, the re-written version of Platonov and Ivanov by Pablo Paredes.

She won the Altazor and APES awards for her work as a theatre and television actress on three occasions. She has been invited to premiere her works at the “Santiago a Mil” Festival on another three.

Paulina García starred in Sebastián Lelio’s Gloria, winner of the Films in Progress Award at the San Sebastian Festival in 2012. Her part earned her the Silver Bear for Best Actress at the Berlin Festival in 2013, and the Best Actress Awards at the Lima and Valparaíso festivals (DIVA). The film carried off the Best Director Award at both events.

At SANFIC 2013, she premiered the films Génesis Nirvana, by Alejandro Lagos, I am from Chile, by Gonzalo Díaz, and Las analfabetas, by Moisés Sepúlveda, selected for the Critics’ Week in Venice and for the Chicago Festival. She also performed in R. Lorena,by Isidora Marrás, a participant in the Carte Blanche Section of the recent Locarno Festival.

In television she participated in the series directed by Nicolás Acuña, Cárcel de mujeres and Los archivos del cardenal, winner of the CNTV 2012 award for a second season.

She was a panellist for the national FONDART 2003 competition, the National Dramaturgy Competition in 2006 and 2007 and the First Feminine Dramaturgy Competition in 2003. She is a permanent member of the Advisory Board of the “Santiago a Mil” Festival and was a member (2006-2009) of the editorial board of the theatre magazine Apuntes published by the Universidad Católica in Chile. She sat on the executive of the Union of Theatre Actors SIDARTE (2005-2007) and was a founder of the Fundación del Centro de Extensión Cultural SIDARTE (CECSI), of which she was a member from 2006 to 2011. Between 1997 and 2001 she founded and belonged to the Association of Theatre Directors (ADT). 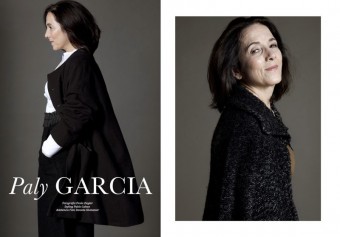