Log-in to My Festival | New user
My Festival
My Invoices
Virtual pressbox
• All films
Log-in details
Contact
CONTENT
You are in: Home > 2017. 65th Edition  > Industry > Helps and awards

From 21 August, filmmakers from Argentina, Belgium and Spain will be carrying out projects in Tabakalera

The selection committee, made up of members of the Tabakalera International Centre for Contemporary Culture and the San Sebastian Film Festival, has chosen the following films from among the 157 proposals received from 19 countries: Las letras de Jordi (Jordi’s writing), by Maider Fernández Iriarte, in the category of filmmakers from the Basque Autonomous Community; Eles transportan a morte (They transport death), by Samuel M. Delgado and Helena Girón, from the proposals by directors from the rest of Spain; Águila de papel (Paper eagle), by Julia Pesce, chosen in the category of international film makers; and Stephanie, by Leonardo Van Dijl, from among the filmmakers who have participated in previous editions of the International Film Students Meeting at the San Sebastian Film Festival.

For the selection of proposals, which showed an increase of 320% over the number registered the previous year, the jury benefited from the advice of the expert committee, formed on this occasion by the director of the Locarno Film Festival, Carlo Chatrian, the Brazilian filmmaker Sergio Oksman and Romanian producer Ada Solomon.

Maider Fernández Iriarte (San Sebastian, 1988), who last year, as part of the group Las Chicas de Pasaik, premiered the short film Gure Hormek (Our walls) in the Zabaltegi-Tabakalera section, presents a film about “the love of God and of the word of a free man”, Jordi, who was born 51 years ago with cerebral palsy.

The project by Julia Pesce (Córdoba, Argentina, 1984) is inspired by a family and personal experience of tensegrity, which is the modern and adapted version of certain movements, known as magical passes, developed in Mexico before the Spanish conquest.

Leonardo Van Dijl (Kortrijk, Belgium, 1991), who participated at the International Film Students Meeting last year and was awarded a special mention in the Panavision Award for Umpire, focuses on a 15-year-old gymnast whose life changes after a serious injury.

The five filmmakers will enjoy a residency of six weeks in San Sebastian from 21 August. During the first four weeks, they will carry out their projects in Tabakalera’s Artist’s Space and will attend master classes and will receive guidance from members of the expert committee.

In the fifth week of the residency, the participants will prepare the pitching session, which involves a project presentation to professionals from the industry during the sixth and final week of the residency. The session is part of the Europe-Latin America Co-Production Forum of the San Sebastian Film Festival. The residents will have the opportunity to arrange meetings with professionals who are interested in collaborating in their projects, and will receive an access pass to screenings and the Festival’s other industry activities.

Ikusmira Berriak will also provide financial support amounting to 20,000 euros, which will be distributed among the projects selected. In addition, REC Grabaketa Estudioa is offering as a prize its post-production services for a feature film valued at 35,000 euros.

Ikusmira Berriak is a programme that seeks to involve new talent as well as producers and people from the audiovisual industry who support innovation and new languages. It is organised by Tabakalera and the San Sebastian Festival, in collaboration with REC Grabaketa Estudioa and the Basque Film Library, and is part of the San Sebastian 2016 European Capital of Culture legacy.

Co-organized by Tabakalera International Centre for Contemporary Culture and The Company Donostia - San Sebastian International Film Festival, Ikusmira Berriak is a programme designed to support audiovisual projects that shows innovation and experimentation in both cinematic language and the production medium.

Intended for developing works, its main goal is to boost audiovisual creation and is focused on two areas: education and projects development.

Ikusmira Berriak offers a six- week residency for the creative development and will be supplemented by a support plan for post-production.

The programme, which this year celebrates its third edition, aims to involve both new talent and producers and audiovisual industries committed to innovation and integrating new languages.

The eight projects selected in the first two rounds of Ikusmira Berriak are in the process of being made, furthermore, the short El Extraño by Pablo Álvarez was premiered in Zabaltegi-Tabakalera section of the 64th San Sebastian Film Festival and Trote by Xacio Baño has received 265.000 euros from Galician Autonomous Government and will be shoot in summer 2017. From 2016, the project Loba, from Kiro Russo, has won the first prize in LoboLAB at the Mar del Plata Festival. 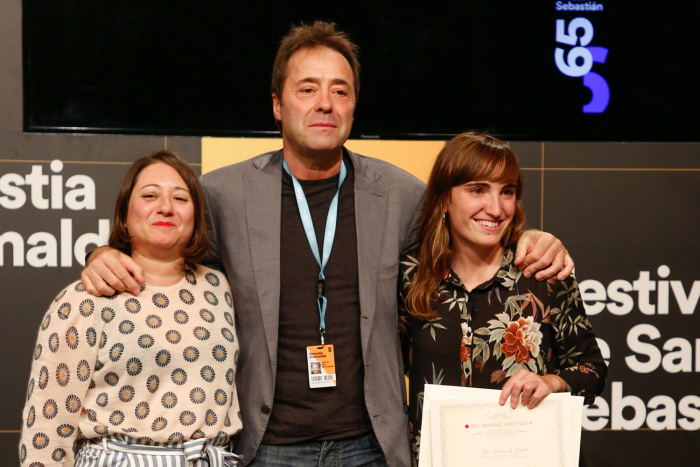 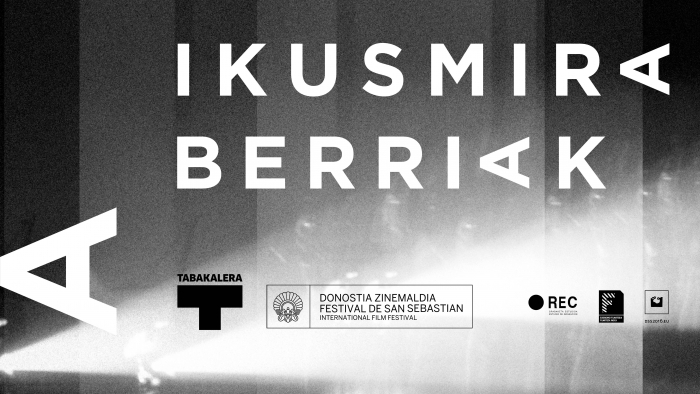