On the other hand, the association of the European Film Agency Directors (EFADs) brings together the Directors of European Film Agencies in 31 countries in Europe (EU, Iceland, Norway and Switzerland). The EFADs helps to ensure policy support for audiovisual and cinematographic creation in Europe and the effective distribution of European works across Europe and internationally.

In the final statement of the EFADs-CACI meeting held in Toulouse on March 2016, one of the proposals was the launch of a jointly funded co-development grant in order to encourage collaboration at an earlier stage , increase the number of genuine artistic co-productions and to build a structured partnership between Europe and Latin-America. It was agreed that this grant should be awarded in the framework of some major festivals’ professional fora.

The conditions ruling the EFADs-CACI Europe-Latin America Co-Production Grant are detailed in the following Regulation:

ARTICLE 1 - Objective of the regulation

The EFADs-CACI Europe-Latin America Co-Production Grant aims to make a contribution to the cooperation between Europe and Latin-America in the field of the film industry. This contribution takes the form of a co-production grant, awarded under the following conditions.

The EFADs-CACI Co-Production Grant is open to projects that have been selected to participate in the VII Europe-Latin America Co-Production Forum.

The EFADs-CACI Co-Production Grant is aimed at supporting development costs of the selected project.

The project must be designed to be a co-production involving at least one European and one Latin American country.

Special attention will be paid to projects designed to be a coproduction between “new” co-production partners, that is to say, partners from countries from Europe and Latin America that do not usually cooperate .

The project needs to have a specific connection:

This connection may be based on any relevant element: cultural content of the script, foreseen shooting locations, cast or crew, etc.

ARTICLE 3 – Commitment of the beneficiary

Once production of the project is completed, the grant beneficiary must include in the credits of the definitive copy:

The logos will be available on the official websites of these Organizations.

The decision taken by the jury will be final.

The EFADs-CACI Europe-Latin America Co-Production Grant award will be announced on the 26th of September 2018.

The amount of the EFADs-CACI Europe-Latin America Co-Production Grant is EUR 20,000. The amount actually received may vary due to banking costs, which could be deducted.

The grant takes the form of a non-refundable subsidy. It will be paid in two installments:

The EFADs-CACI Europe-Latin America Co-Production Grant carrying EUR 20,000 gross will be handed over either as a bank cheque, as an international cheque, or as a bank transfer to the majority producer of the winning project. It will only be paid in euros.

In order to comply with European State aid rules, the amount of the grant coming from European authorities will be considered as de minimis aid*. The beneficiary will have to fulfil a statement of de minimis aid received.

All doubts arising from the interpretation of these rules and regulations will be solved by EFADs and CACI jointly. 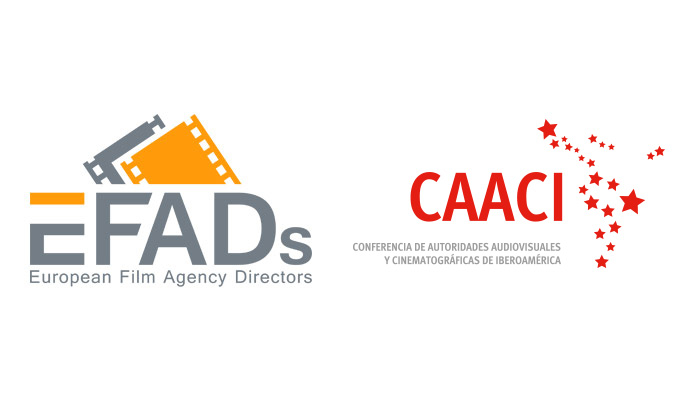