Penélope Cruz will receive the Donostia Award at the San Sebastian Festival's 67th edition.The Spanish actress will be the protagonist on two occasions: she will receive its most important accolade, which has been recognising the career and contribution of great figures to the world of cinema since 1986, and her image will feature on the Festival poster.

Penélope Cruz (Madrid, 1974) is the Spanish actress to enjoy greatest international recognition: she received best supporting actress Academy Award and Bafta for her part in Vicky Cristina Barcelona (Woody Allen, Zabaltegi-Pearls 2008), three Goyas for her work in La niña de tus ojos (The Girl of Your Dreams, Fernando Trueba, 1998), Volver (Pedro Almodóvar, Fipresci Grand Prix 2005) and Vicky Cristina Barcelona, the best actress award with the other women in the cast at the Cannes Festival (Volver), the honorary César and the Gold Medal for Merit in the Fine Arts (2018), among many other awards.

In San Sebastian she has competed three times in the Festival's Official Selection: Todo es mentira (Álvaro Fernández Armero, 1994), Volavérunt (Bigas Luna, 1999) and Venuto al mondo (Twice Born, Sergio Castellito, 2012). The last time she visited San Sebastian was to present Loving Pablo (2017) with Javier Bardem in the closing gala of the Pearls section, screened to a packed audience in the Velodrome.

"We are delighted that Penélope Cruz, a marvellous actress we admire and whose footsteps we have also followed since the start of her career, has accepted to be the image of the San Sebastian Festival and to receive the Donostia Award"
San Sebastian Festival Director, José Luis Rebordinos

"I receive the news of this Donostia Award full of emotion and gratitude to the San Sebastián Festival for granting me this immense honour. San Sebastian is not only an internationally renowned Festival but also the most important in our country and a very special place to me because I have had the pleasure of visiting it since I was very young and have lived very touching moments there. Thank you very much, from the bottom of my heart".
Penélope Cruz 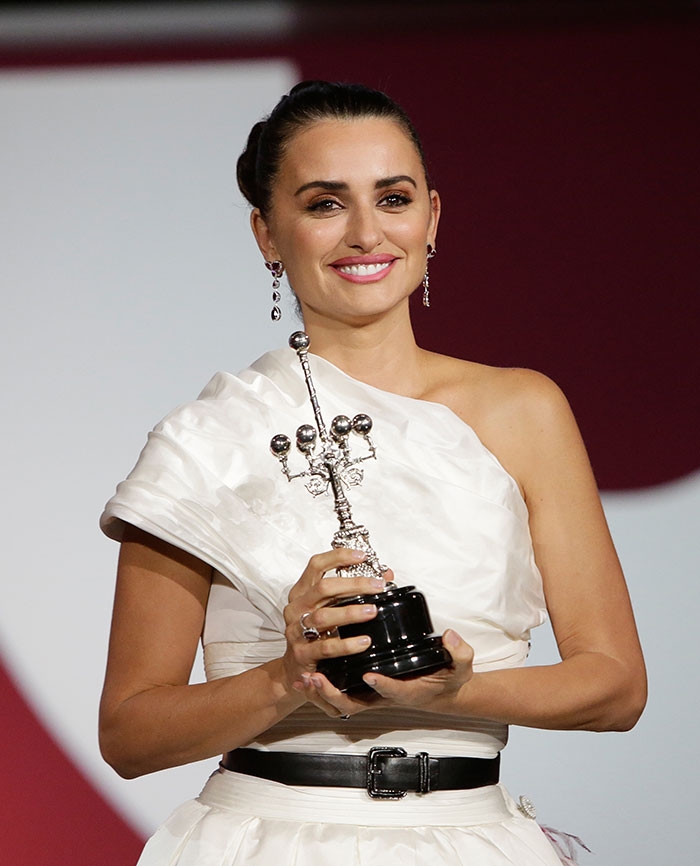