Films in Progress is a professional platform which supports the production of Latin American feature films by contributing to their completion and international distribution. Organised jointly by the San Sebastian Festival and Cinélatino, Rencontres de Toulouse, Films in Progress is a rendezvous held twice yearly to foster meeting, dialogue and interaction between Latin American and European film professionals, promoting the diversity and talent of independent moviemakers.

Furthermore, the films Temporada by André Novais and Luciérnagas by Bani Khoshnoudi, presented in Films in Progress 33, were selected for the Official Competition at the Rotterdam Festival 2019, while Temporada was also selected for Cineasti del Presente at the Locarno Festival in 2018. From the last edition of Films in Progress in San Sebastian, Lucía Garibaldi’s first work, Los Tiburones, was selected for the World Cinema Dramatic Competition at the last Sundance Festival, where it picked up the Best Director Award.

Films in Progress 35 received the submission of 168 films from 17 countries. The selection committee of the Toulouse and San Sebastian festivals have singled out six films, three of which are first works. 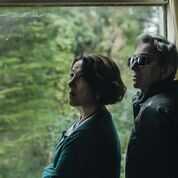 A family travels to a remote island in southern Chile. In the trip they try to convince the grandparents to support them financially to build a hotel in the place. Nicolás, the man who took them over on his boat, disappears, leaving the family trapped on the island, the smiles begin to disappear. With cold, without water and without certainties, tempers are diluted, exposing the tensions that each member of the family hides. 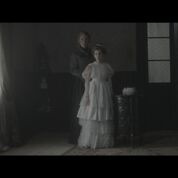 In the prelude to the 20th century, Pedro arrives in Tierra del Fuego to photograph the marriage of Mr. Porter, a powerful landowner, to Sara a young girl who becomes her obsession. Endeavouring to capture her innocent beauty, he betrays the forces that dominate these lands who strip Pedro of his privileges, forcing him to join a society built upon the genocide of the SelKnam people, of which he finally becomes a part and accomplice through his images. 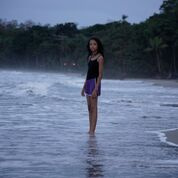 Selva (13) discovers that death is just the shedding of our skin. We can become wolfs, goats, shadows or anything that fantasy allows. 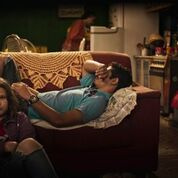 Helen (9) lives in a cortiço (tenement) with her grandmother, Mrs. Graça, who supports the family with informal jobs, such as selling meat on a stick. Still very naive, her biggest concern is buying her grandmother a birthday present: a makeup kit. The girl is going to bend over backwards to get the money and her search will reveal the daily life of those living in tenements, outlining a collective story from the network of relations that the girl establishes. 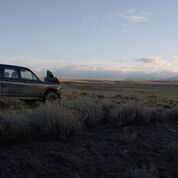 Emilia receives an invitation to go back to her hometown in Patagonia to spread the ashes of Andrea, her best friend. Emilia puts her city life on hold and returns to the town for the ceremony. The snow and the wind of the south provide the backdrop for her journey into the past. There she relives the friendship with Andrea, accompanies her family in the mourning and has the opportunity of a new encounter with Juan, her first love, who has recently become a father. Emilia scatters Andrea’s ashes, and in so doing bids farewell to her past, to her family, to the south and to love. 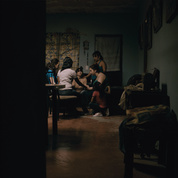 Displaced by the violence that swept their town, Paloma and Lobo survive trying to love each other. Through thirst, fear and nostalgia, Paloma wishes to go back home but Lobo lives tied to a memory that stops him from returning.

The following awards will be presented at Films in Progress 35:

Consisting of post-production services to be carried out in France provided by representatives of the following companies and organisations: CCAS (Caisse Centrale d'Activités Sociales du personnel des industries électriques et gazières), Commune Image, Eaux Vives, Firelfly, Mactari, Titra Film.
The award will be given by a jury made up of representatives of the companies and organisations.

The CINE + channel guarantees the pre-purchase of the winning film for a value of €15,000.
The award will be handed out to the French distributor of the film. 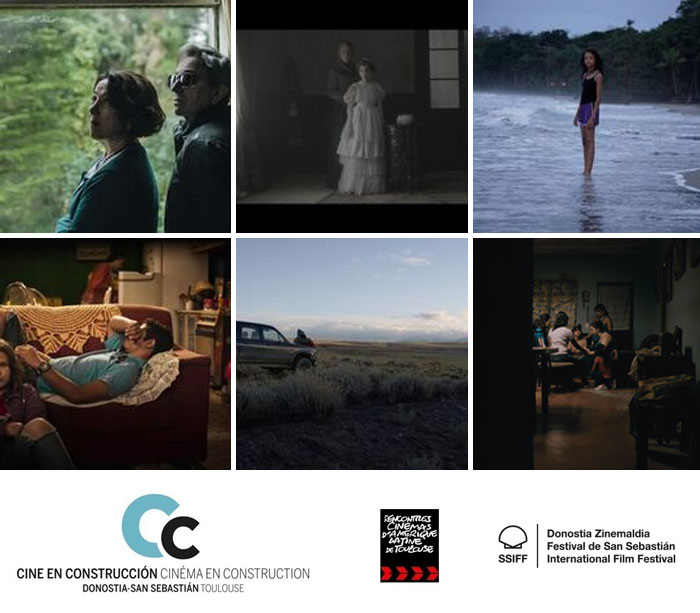