You are in: Home > 2020. 68th Edition  > News > Five productions from Georgia, Slovenia, Spain and Turkey to participate in WIP Europa

A total of five productions from Georgia, Slovenia, Spain and Turkey will participate in WIP Europa, San Sebastian Festival’s new activity, which emerges as an evolution of Glocal in Progress. It is intended for mainly European productions in any language, although it will be an advantage if they are shot in a non-hegemonic language.

This year, WIP Europa will combine the online format with physical attendance of the event, running on the 22nd, 23rd and 24th to coincide with the 68th edition of the Festival. Professionals who are able to physically travel to San Sebastian will, as usual, watch the screenings in a cinema, while those holding an online Industry badge can enjoy these services at a distance.

Inventura / Inventory, by Darko Sinko (Slovenia); Mbah Jhiwo / Ancient Soul, by Alvaro Gurrea (Spain); 918 Gau / 918 Nights, by Arantza Santesteban (Spain); Veli / Field, by Lasha Tskvitinidze (Georgia); and Iki Safak Arasinda / Between Two Dawns, by Selman Nacar (Turkey - France - Romania) are the five European titles which will be presented to an audience of professionals, and will compete for the WIP Europa Industry Award and the WIP Europa Award.

Inventura / Inventory is the first feature film from the Slovenian director ­­Darko Sinko (Ljubljana, Slovenia, 1979) after having directed short films and documentaries, and follows the ups and downs of a man who, having survived a shooting, discovers that he is hated by many people and must rethink the perception he has of himself.

Mbah Jhiwo / Ancient Soul is the debut film from Alvaro Gurrea (Barcelona, Spain, 1988). Shot in Indonesia, where its author spends long periods of time, the film takes something of new look at the myth of Sisyphus featuring a miner who carries large sulphur rocks up the sides of the Kawa Ijen volcano and whose routines are drastically changed when his wife suddenly leaves the family home.

918 Gau / 918 Nights is an experimental film from the filmmaker Arantza Santesteban (Pamplona, Spain, 1979) and is the result of the homonymous project developed at the Ikusmira Berriak residencies programme in 2018. Filmed in Basque, the author looks at issues which are essential for understanding everyday life in prison, such as the passing of time, isolation from the outside world, the physical and psychological consequences of being locked up and the opaque spaces of domination. Txintxua Films, the production company, won the Glocal in Progress Industry Award and the Glocal in Progress Award in 2017 with Dantza, presented in the Official Selection-Special Screenings at San Sebastian Festival in 2018.

Veli / Field by Lasha Tskvitinidze (Tbilisi, Georgia, 1998) is the second feature film by its director, an ensemble film starring characters faced with difficult personal circumstances and who move on the border of marginalisation.

Iki Şafak Arasinda / Between Two Dawns is the first film from Selman Nacar (Usak, Turkey, 1990), who is also a producer, and narrates the dilemma faced by the owner of a small company after the work accident suffered by one of his workers. As a producer, Selman Nacar presented The Pillar of Salt and Belonging in the Forum section of the Berlin Festival. 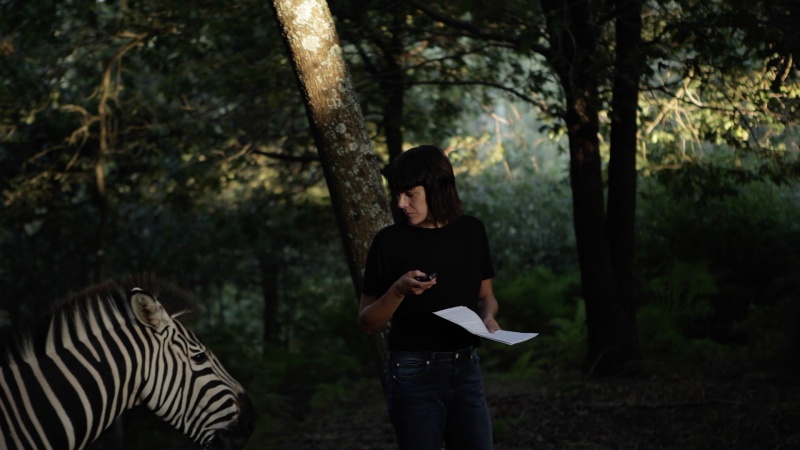 "On the night of October 4th, 2007, several Spanish National Police Corps vans stopped the car in which I was travelling with other people. After showing them our ID, they told us we were under arrest. We were accused of the crime of terrorism, due to our political activity in a party declared illegal under the Political Parties Law of the year 2002. That same moment marked the start of a long road that would become my new life: prison. In total, I spent 918 nights in prison. Almost three years during which I completely disappeared from my previous life" (Arantza Santesteban). Selected for Ikusmira Berriak in 2018.

A worker is severely wounded in Kadir's family business. The family council discusses the legal results of the accident. If the worker's wife cannot be convinced to sign the waiver, it is decided that someone from the family should take the blame and flee abroad. Although Kadir faces up to this self-sacrifice for his family, he doesn't want to leave Esma, with whom he has wedding plans. Kadir tries to deal with the crisis and, in the meantime, unravels some secrets about the accident and his family. After this, he is forced into making a moral decision, which will have an impact on his dreams, his family and the life of the injured worker's wife.

Boris Robič is, as we like to say, an ordinary man. One evening he gets brutally attacked at his home. The police arrives, and open the investigation.There are no suspects, and it seems that no one could possibly be interested in shooting Boris. The police eventually suspend the investigation, convinced that the shooting was a mere coincidence. Riddled with doubt, he starts investigating on his own. While searching for the potential perpetrators, we follow a tragicomic path of a man who discovers that more people hate him than he would ever have thought possible and that the perceptions that he has of his own life are nothing but illusions. 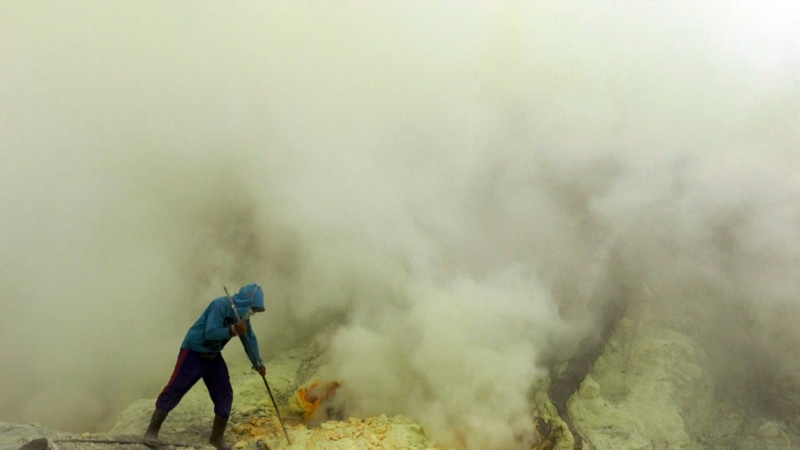 Yono, or Mbah Jhiwo (Ancient Soul), is one of the miners who carry large sulphur rocks up the side of the Kawa Ijen crater every day. One morning, his wife unexpectedly leaves the family home, changing a routine where time had seemed to stop. Since then, trapped like Sisyphus in an eternal task and guided by his faith in getting her back, Yono will confront similar events which will transform their aspect as his beliefs change from animism, to Islam and to capitalism. An ethno-fictional film which explores otherness and questions the myth of progress in the neo-colonial reality of the islands of the South Seas. 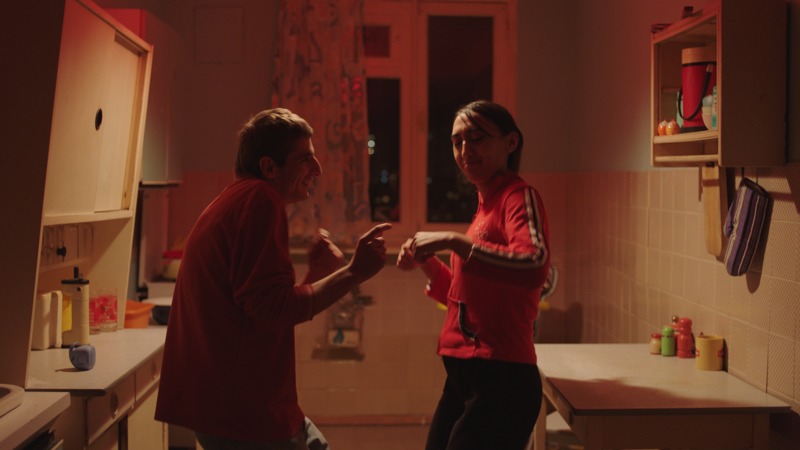 Nika and Salome are a young couple with a new-born son. Nika is unemployed. Salome works as a cleaner. Gigilo and his uncle are drug addicts and criminals. They take advantage of Nika's innocence and deceive him into participating in different missions. Salome clandestinely goes to a sect where they believe that a great flood will destroy everything. Gigilo makes Nika an abuser, causing damage to his mental health, which turns him into a murderer. Salome is forced to flee together with her child to India, where she tries to cut ties with the past traumas and goes on a journey into new and unknown feelings.

The WIP Europa Industry Award is granted by the companies Ad Hoc Studios, BTeam Pictures, Deluxe Spain, Dolby Iberia, Laserfilm Cine y Video, Nephilim Producciones and No Problem Sonido. The prize consists of the post-production of a film until obtaining a DCP (Digital Cinema Package) subtitled in English and Spanish and its distribution in Spain.

The WIP Europa Award consists of 10,000 euros for the majority producer of the same film winning the WIP Europa Industry Award.

​The Industry Department has the support of: 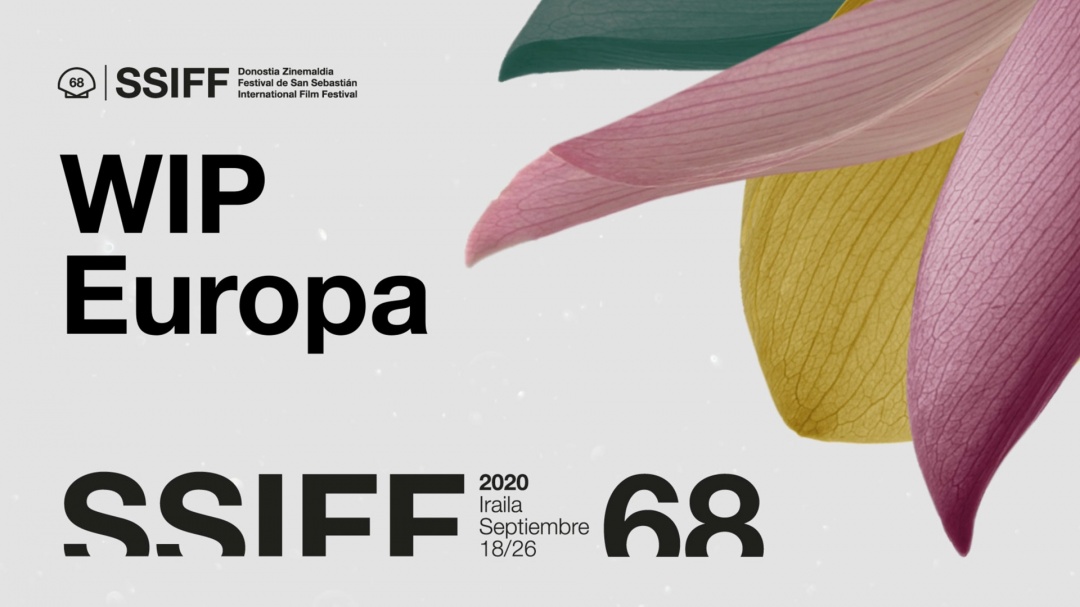