Log-in to My Festival | New user
My Festival
My Invoices
Virtual pressbox
• All films
Log-in details
Contact
CONTENT
You are in: Home > 2020. 68th Edition  > News > San Sebastian Festival to present the world premiere of Luca Guadagnino’s ‘We Are Who We Are’

Archive
2020. 68th Edition - 18-26 September
A Graphic Look
Donostia Award
Awards
Sections and films
Posters
Festival Diary
Photo day by day
Activities report
San Sebastian Festival to present the world premiere of Luca Guadagnino’s ‘We Are Who We Are’
The HBO and Sky co-production relates the experiences of two adolescents on an American military base in Italy Produced by Lorenzo Mieli for The Apartment and Mario Gianani for Wildside, both Fremantle companies, with Small Forward
Monday, August 24th, 2020
Facebook Twitter Email
Send page by email
Print
Send page by email

The 68th edition of the San Sebastian Festival will host the world premiere of Luca Guadagnino’s We Are Who We Are, the HBO-SKY 8-episode series to be programmed in full, in its cinematic form of 7 hours and 50 minutes, in the Official Selection, as part of its special screenings.

Academy Award nominated Luca Guadagnino brings his unique cinematic style to television for the first time with We Are Who We Are.  The series explores friendship, first love and identity through two adolescents living on an American military base in Italy. Written by Paolo Giordano and Francesca Manieri together with Guadagnino, the series plunges the audience into the euphoria and anguish of teenagehood. “The story could be set in any part of the world, but it takes place in this little corner of America in Italy”, say its creators.

In the words of the San Sebastian Festival director, José Luis Rebordinos, having the world premiere of We Are Who We Are is a “luxury” for the Festival programme. “In his first inroads to TV series, Guadagnino succeeds in creating a unique universe inhabited by memorable characters who try to find themselves, to forge their own identity and to find their place in a world in which they feel ill-suited. The series is a beautiful ode to the freedom and individuality of people, particularly youths. Moreover, it is virtuously narrated, filmed and performed”, he affirms.

The career as a writer, director and producer of Luca Guadagnino (Palermo, 1971) includes Io sono amore / I Am Love (2009), A Bigger Splash (2015), Call Me By Your Name (2017), selected for the Festival’s Perlak section and nominated for the Best Film Oscar as well as for another three Hollywood Academy awards (bagging Best Adapted Screenplay for James Avory), and Suspiria (2018). The coming Venice Festival will premiere the short film Fiori, fiori, fiori!, which he shot during lockdown, as well as the documentary Salvatore-Shoemaker of Dreams, about the shoemaker and designer Salvatore Ferragamo.

The series was one of only two projects selected for the Quinzaine des Réalisateurs in Cannes, whose 52nd edition was unable to go ahead due to Covid-19. The first two episodes of We Are Who We Are will be broadcast in September by HBO, while the complete series will screen in San Sebastian as a world premiere. 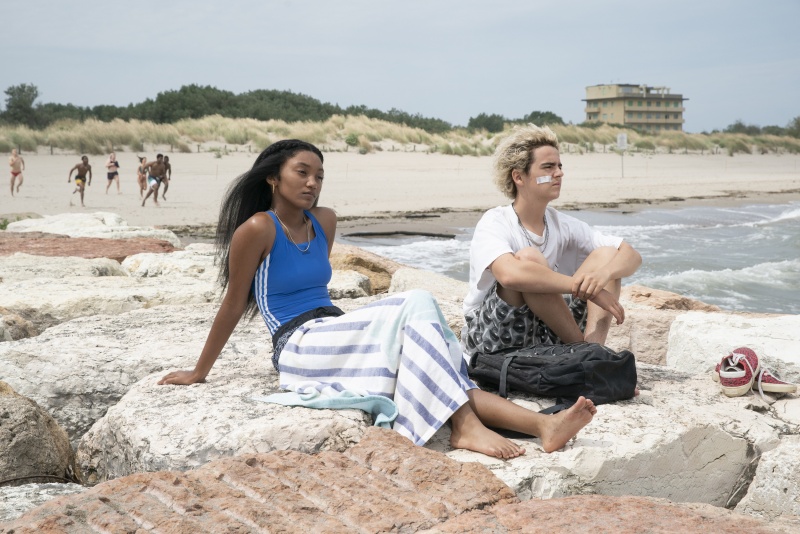 Fraser has just moved to an American military base in Veneto. This is where he meets Caitlin, a girl his age. Both are experiencing confusion over their sexual and gender identities. They grow close, help one another out and end up pretending to be in a relationship to avoid pressure from their peers and the outside world. While Caitlin rejects a feminine side she wants no part of and which generates a void between her and her father, Fraser develops a crush for an older guy, Jonathan, who works with his mother Sarah. Their first experiences of love will have an explosive effect on their lives. 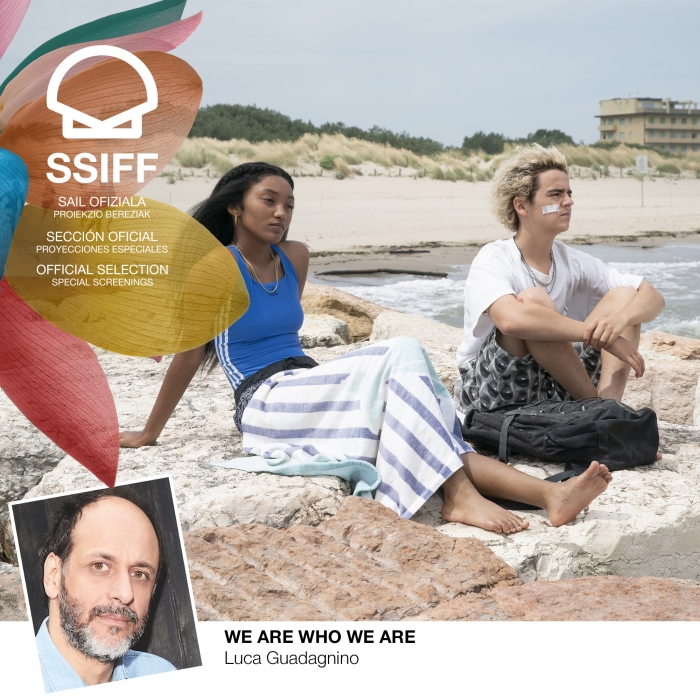