Zinemira, the section specifically dedicated to Basque cinema, contains eleven fictional and non-fictional titles. Being feature films screened as world premieres, nine of these works will compete for the Irizar Basque Film Award together with another four works present in other Festival sections. A total of 13 feature films will therefore compete for an award coming with 20,000 euros gross for the film’s producer or producers.

Following the premiere of her debut film Un otoño sin Berlín (An Autumn without Berlin, Basque Film Gala, 2015), Lara Izagirre Garizurie (Amorebieta-Etxano, Bizkaia, 1985) will open Zinemira with Nora, a project selected for the Europe-Latin America Co-Production Forum in 2018. Ane Pikaza, Héctor Alterio and Loli Astoreka figure in the cast of this film about Nora, a young girl who loses her Argentinean grandfather and sets out in an old Dyane 6 car to drive along the Basque Coast and lay his ashes alongside those of her grandmother.

David González Rudiez (Bilbao, 1980), who participated in Zinemira two years ago with La noche los lleva / The Night Take Us (2018), will return to the section to present his fourth feature film, Talento / Talent, the story of a guerrilla film director faced with the challenge, at last, of making a commercial film. Eugène Green (New York, 1947), a North American filmmaker living in France whose feature films have screened at the Quinzaine des Réalisateurs in Cannes, as well as at the Locarno and Berlin Festivals, proposes in Atarrabi et Mikelats a new look at both Basque myths.

Amaia Merino (Donostia-San Sebastian, 1970), who co-wrote and co-directed Asier ETA biok (Asier and I, 2013, Irizar Basque Film Award), now puts her name alongside that of Miguel Ángel Llamas (Noain, Navarra, 1980) to Non dago Mikel? / Where is Mikel? an account of the disappearance in 1985 of Mikel Zabalza, a young man arrested by the Civil Guard whose body was found 20 days later without anybody ever having been tried or sentenced for the crime.

Javier and Romerales, two homeless veterans who sleep in the streets of Madrid, play the lead part in Hijos de Dios / God’s Children, the latest work from Ekain Irigoien (Donostia-San Sebastian, 1981), author of the documentary La cañada de Andrea (2014) and of the short film Kresala, included in the anthology film Kalebegiak (2016), premiered at the Velodrome during the Festival. For his part, after directing the documentaries N’Diawaldi Bouly (2011) and Born in Gambia (2019), Natxo Leuza (Pamplona, 1977) has created a multi-faceted portrait of the musician Enrique Villarreal ‘El Drogas’, former member of the band Barricada and one of the leading lights of Spanish rock music.

A regular in different Festival sections with titles including Aupa Etxebeste! (2005), Urte berri on, amona! / Happy New Year, Grandma! (2011) and Dantza (2018), Telmo Esnal (Zarautz, 1967) has recovered a tale by Pablo Azkue, transforming it into Urtzen, a cinematic essay on existence created based on the recycling of dialogues, images and music. With extensive experience in documentary directing,  Pepe Andreu (Elche, 1973) and Rafael Molés (Castellón, 1974) will close the Zinemira section with Lobster Soup, a project which in 2018 screened at the Lau Haizetara Documentary Co-Production Forum and which gives a voice to the parishioners of a picturesque Icelandic café.

Also screening in Zinemira, but out of competition due to the fact that they are not feature films, are El Estado contra Pablo Ibar / The Miramar Murders: The State vs. Pablo Ibar  and Jo ta ke / Non Stop. The former is a documentary series of six episodes (two of which will screen in San Sebastian) where the producer and director Olmo Figueredo (Seville, 1980) narrates the judicial odyssey of the man who has spent more than 25 years in a North American prison, including 16 on death row. The latter, by Aitziber Olaskoaga (Getxo, Bizkaia, 1980), is a medium-length film which started to take shape at the Ikusmira Berriak residencies programme and which its author approaches as a voyage to the Herrera de la Mancha prison (Ciudad Real) in order to create a reflection on memory.

Several productions previously announced in the other Festival sections will however compete for the Irizar Basque Film Award: Akelarre, by Pablo Agüero, included in the Official Selection; Ane, by David Pérez Sañudo, and Hil kanpaiak / Death Knell, by Imanol Rayo, all screening in New Directors; and ARZAK Since 1897, by Asier Altuna, opening film of Culinary Zinema.

Basque productions also have their place in Zabaltegi-Tabakalera, with participation of the short films Autoficción / Autofiction, by Laida Lertxundi, and Ya no duermo, by Marina Palacio, as well as in Made in Spain. This section, a showcase of the year’s Spanish films, includes the participation of La isla de las mentiras / The Island of Lies, where its author, Paula Cons Varela (A Coruña, Spain, 1976) evokes the true story of the ship sunk in 1921, known as the Galician Titanic. This is the first fictional feature by its director, who had previously put her name to documentaries such as La batalla desconocida (2017) and El caso Diana Quer, 500 días (2018).

The Basque Film Gala, to take place on September 22 at the Victoria Eugenia Theatre, will see the screening of Bizimina, a short film directed by Migueltxo Molina (Pamplona, 1978), Pablo Iraburu (Pamplona, 1969) and Jon Maya (Errenteria, 1977) which combines documentary and dance to construct a comforting story in these times of pandemic. The gala will also include presentation of the Zinemira Award, an honorary accolade given by the Festival and the Ibaia and EPE/AVE producers associations in recognition of the career of an outstanding figure of Basque cinema. To date this award has gone to Imanol Uribe (2009), Álex Angulo (2010), Elías Querejeta (2011), Michel Gaztambide (2012), Juanba Berasategi (2013), Pedro Olea (2014), Karmele Soler (2015), Ramón Barea (2016), Julia Juaniz (2017), Ramón Agirre (2018) and José María Lara, 'Txepe' Lara (2019). The recipient of the 2020 award will be announced soon.

Furthermore, on the 23rd the EiTB gala will host the release of Alardea / Boast, a 4-episode series directed by David Pérez Sañudo about the participation of women in the traditional parades held in the towns of Irun and Hondarribia. The Festival will screen two of its episodes. 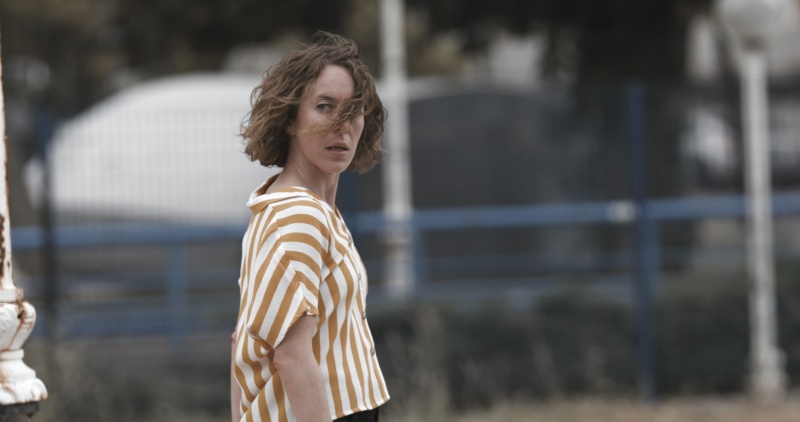 Bizimina combines documentary cinema with dance. Through a series of independent pieces, it composes a story around the emotions we find it so difficult to express these days: distance, longing for others, desire, the community spirit, impotence, isolation, confusion, hope. The choreography builds a tale serving to provide comfort and company in this uncertain time. 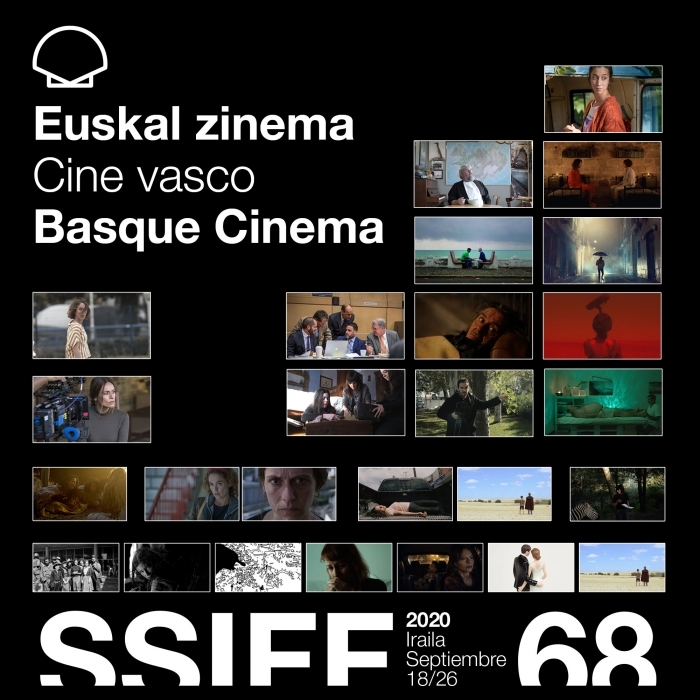 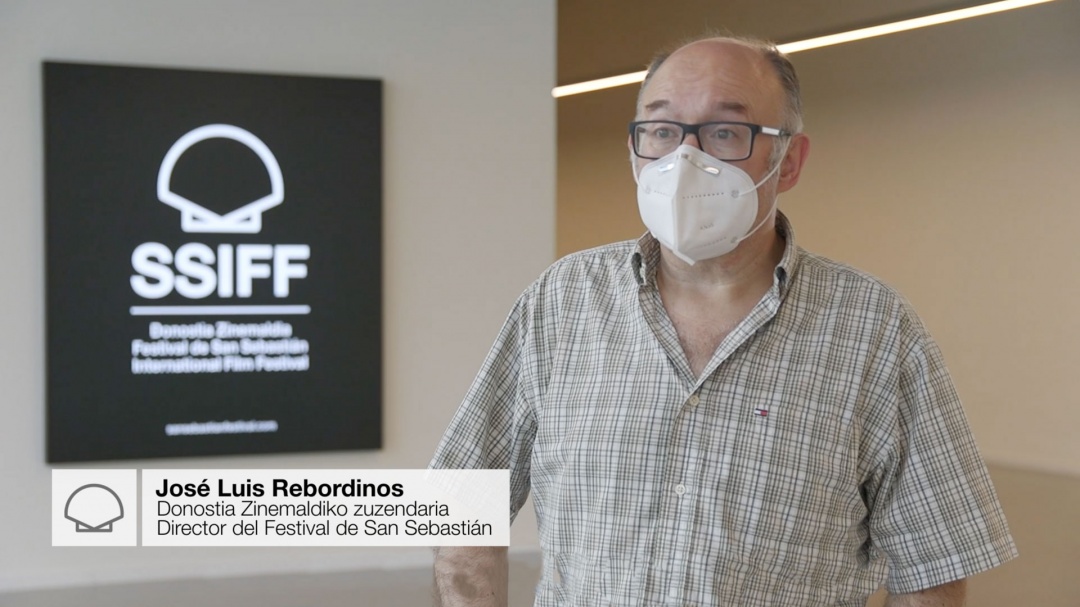 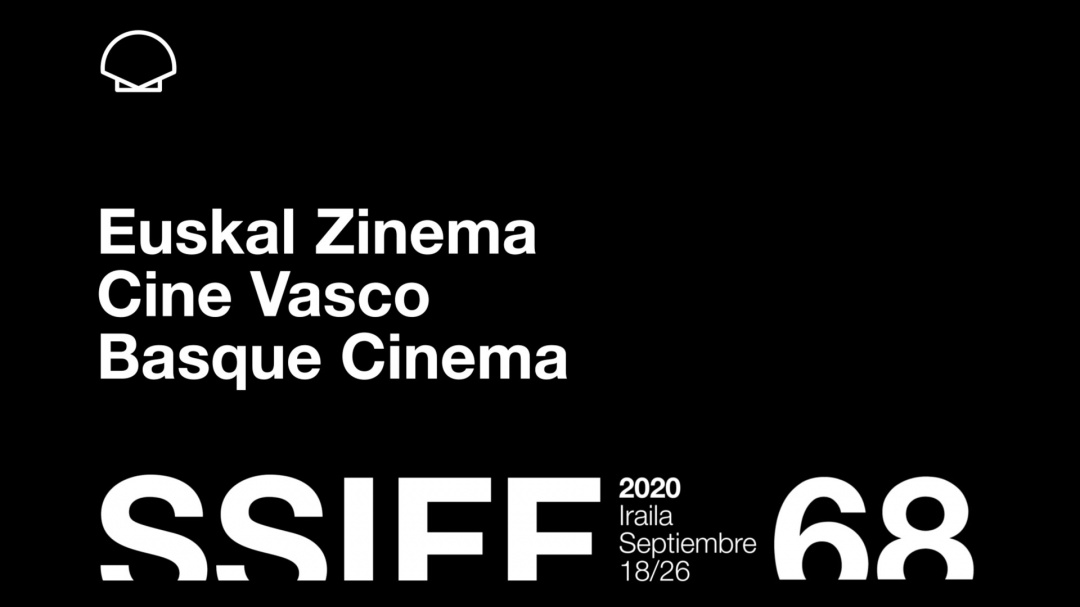