Aaron Sorkin (New York, USA. 1961) is a North American screenwriter, producer, playwright and actor. He debuted in cinema with A Few Good Men (1992), a film based on his play of the same name, where some of the traits that would later characterise his work were starting to make their appearance: plots focused on the mechanisms of power, tensions within an organization or personal relationships in atmospheres of stress at work. All of this, always, with sharp and intelligent dialogues between their characters.

Since then, Sorkin has worked both for film and television and is behind the success of titles including David Fincher’s The Social Network (2010) about the birth of Facebook with which he won the Academy Award for best adapted screenplay; Moneyball (2012); Steve Jobs (2015), for which he carried off, a second time, the Golden Globe for best screenplay; the hit political fiction series The West Wing (1999-2006), Sports Night (1998-2000) and The Newsroom (2012-2014), both focused on the world of journalism.

His masterclass at San Sebastian Festival coincides with the Netflix premiere (October 2020) of his latest film The Trial of the Chicago 7, written and directed by him. What was intended to be a peaceful protest at the 1968 Democratic National Convention turned into a violent clash with police and the National Guard. The organizers of the protest—including Abbie Hoffman, Jerry Rubin, Tom Hayden and Bobby Seale—were charged with conspiracy to incite a riot and the trial that followed was one of the most notorious in history. 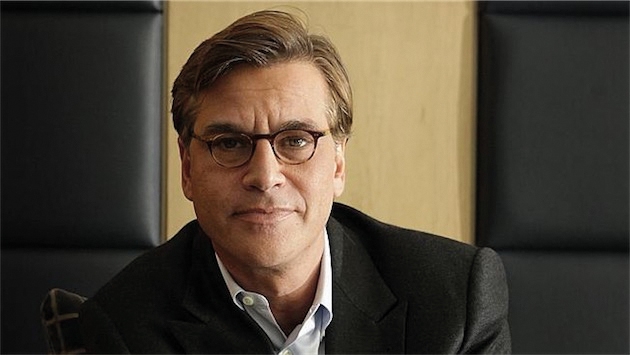