The Rumanian director, Aline Grigore, presented her debut film, Crai Nou / Blue Moon yesterday in the Official Selection. It deals with a young girl’s struggle to escape from her village and the violence of her dysfunctional family.

“The subject of my film was inspired by the situation in the village where I grew up”, the director explained. “We spoke with several girls there, and sadly this is the reality of Rumania. I was one of the few who left my village and got an education. I thought that over time things might change, but everything’s still the same. It’s a kind of psychological game that takes place in the community and the family”.

Before going behind the camera, she worked as an actress and scriptwriter on films by Adrian Sitaru (Ilegitim), and as an actress with Cristi Puiu (Aurora), although she says that she prefers directing. She feels that
she owes a lot to those modern filmmakers who combine realism with very different aesthetic approaches, such as Yorgos Lanthimos in Lobster.

Grigore stressed the highly collaborative approach to filming that she has in order to explain how her film turned out. “The important thing is that we were a team. I made fifty drafts of the script which were gradually enriched by working together with the whole team.” 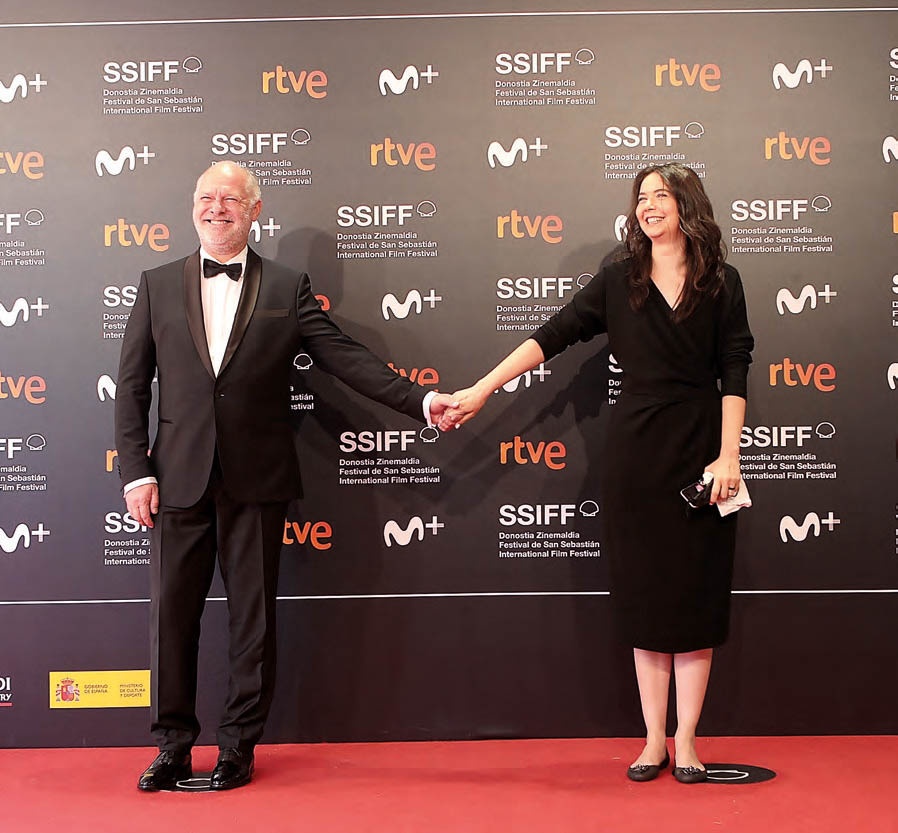 Director Aline Grigore with one of her actors, Vlad Ivanov.