You are in: Home > 2021. 69th Edition  > News > Ikusmira Berriak opens the eighth call for its residencies

Today, the Ikusmira Berriak programme of residencies and audiovisual project development, organised by the San Sebastian Festival, Tabakalera International Centre for Contemporary Culture and the Elías Querejeta Zine Eskola (EQZE), opens the call for submissions for its eighth edition. From this edition, Ikusmira Berriak will increase the number of residencies from five to six. It is a measure that is part of the growth plan that the three institutions are designing for future editions.

Filmmakers from the Basque Country, Spain and other countries can submit their projects until September 1. The same applies to participants in the Nest section and students at the EQZE.

Registration has to be done online and applicants will have to submit a dossier consisting of synopsis, treatment, letter of intent and biofilmography. The works selected in each of the five categories will be announced in November.

The eight weeks of residency will be divided into two periods: six weeks between March and April 2022 at San Sebastian’s Tabakalera Centre, which they will use to set their projects in motion and another two during the actual Festival, where the directors will show their work, by now more developed, to film industry representatives.

From May until September, while each filmmaker will continue working on his or her project, they will receive online guidance from the experts committee of industry professionals.

Furthermore, in June each selected work will receive a grant of 5,000 euros towards its development, in order that they may continue to work on their project between the two residency periods. Finally, the Irusoin production company will present the Irusoin Postproduction Award to one of the selected projects, which will have the opportunity to use the sound, colour and graphics postproduction services until obtaining a master DCP.

After their six-week stay at Tabakalera, the residents of this edition continue working on their projects. During the 69th edition of the Festival, from 17 to 25 September, they will return to San Sebastian to present their projects to the industry: Hasta que el lugar se haga improbable (Until the Place Becomes Improbable, Magdalena Orellana), La gruta del viento (The Wind’s Cave, Eduardo Crespo), Manantial (Manuel Muñoz), Y así seguirán las cosas (And thus it will go on, Marina Palacio) and Wandervogel (Mina Fitzpatrick).

Amongst the 2020 Ikusmira Berriak projects, Anoche conquisté Tebas (Last Night I Conquered the City of Tebas) by Gabriel Azorín was selected for the Residencias Academia de Cine programme, whereas O Corno do Centeo (The Rye Horn) by Jaione Camborda, was selected for La Incubadora, the projects laboratory of ECAM film school (Madrid).

Elena López Riera, winner of the CNC Award of the Cannes Festival’s Cinéfondation and the Ikusmira Berriak Postproduction Award in 2018 with her project El Agua (Water), began shooting this feature film a month ago with the participation, among other actors, of Bárbara Lennie.

After seven editions, the programme has awakened strong interest in some of the most important festivals, proof of which is that nine projects have already premiered at the Festival and at others in the international circuit, such as Cannes, Locarno, The Mar del Plata International Film Festival, the Viennale, Visions du Réel and Toronto: El extraño, by Pablo Álvarez (IB 2015); Calipatria, by Leo Calice and Gerhard Treml (IB 2015); Gwendolyn Green, by Tamyka Smith (IB 2015); Trote, by Xacio Baño (IB 2015); Muga deitzen da pausoa, by Maider Oleaga (IB 2015); Las letras de Jordi, by Maider Fernández (IB 2017); Stephanie, by Leonardo Van Dijl (IB 2017); Chupacabra, by Grigory Kolomytsev (IB 2018) and Jo ta Ke, by Aitziber Olaskoaga (IB 2019).

Ikusmira Berriak is a programme of support to audiovisual projects organised by Tabakalera, the Festival and the Elías Querejeta Zine Eskola; it enjoys the collaboration of the Filmoteca Vasca. 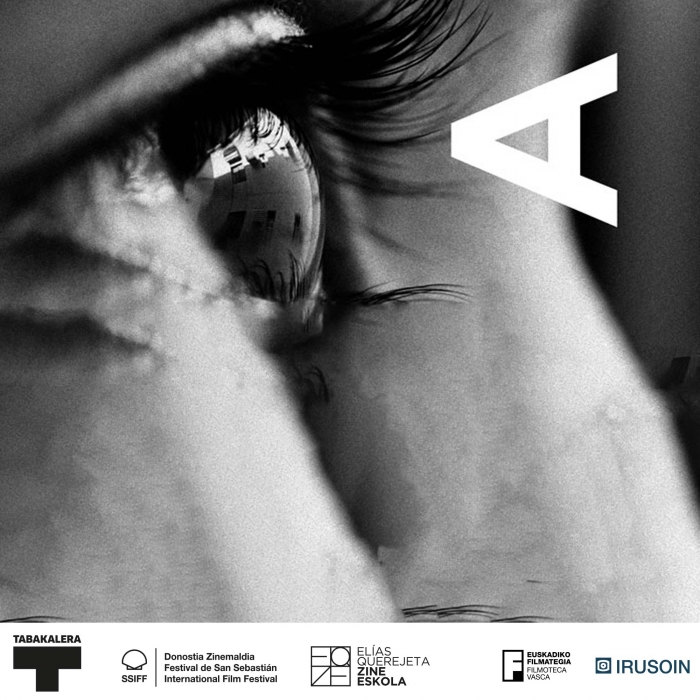