You are in: Home > 2021. 69th Edition  > News > Paolo Sorrentino to host a master class at the 69th edition of the San Sebastian Festival

The Italian director and screenwriter Paolo Sorrentino will give a masterclass and present È Stata La Mano di Dio / The Hand of God, following its screening at Venice Festival. The author of La grande bellezza / The Great Beauty will talk about his latest film and its connections with the seventh art at the Tabakalera cinema on Wednesday 22, from 19:00-20:30.

Paolo Sorrentino (Naples, Italy. 1970) debuted with L'uomo in più / One Man Up, 2001, screened in Cinema del Presente, at Venice. This was followed by Le conseguenze dell'amore /The Consequences of Love, 2004, which competed at the Festival de Cannes, to which he returned in 2006 with L'amico di famiglia / The Family Friend); in 2008 with Il Divo, winner of the Jury Prize; in 2011 with This Must Be the Place; in 2013 with La grande bellezza / The Great Beauty, winner of the Academy Award for Best Foreign Language Film; and in 2016 with Youth, winner of three European Film Awards. Completing his filmography are Loro (2018) and È stata la mano di Dio /The Hand of God, which competed in Venice. He has also directed the series The Young Pope (2016) and The New Pope (2019).

From Academy Award-winning writer and director Paolo Sorrentino (The Great Beauty), comes the story of a young man's heartbreak and liberation in Naples, Italy. It's the 1980s and 17-year-old Fabietto Schisa might be an awkward Italian teen struggling to find his place, but he finds joy in an amazing family who love life, relish mischief and take deep pleasure in meddling in one another's complicated relationships. Then comes a pair of events that alter everything. One is the triumphant arrival in Naples of a god-like athletic legend: high-flying soccer idol Maradona, who has Fabietto, and the whole scrappy city, feeling a pride that once seemed impossible. The other is an inconceivable accident that will drop the bottom out of Fabietto's world- setting his future in motion. Seemingly saved by Maradona, touched by chance or the hand of God, Fabietto wrestles with the nature of fate, the confusion of loss, and the intoxicating freedom of being alive. 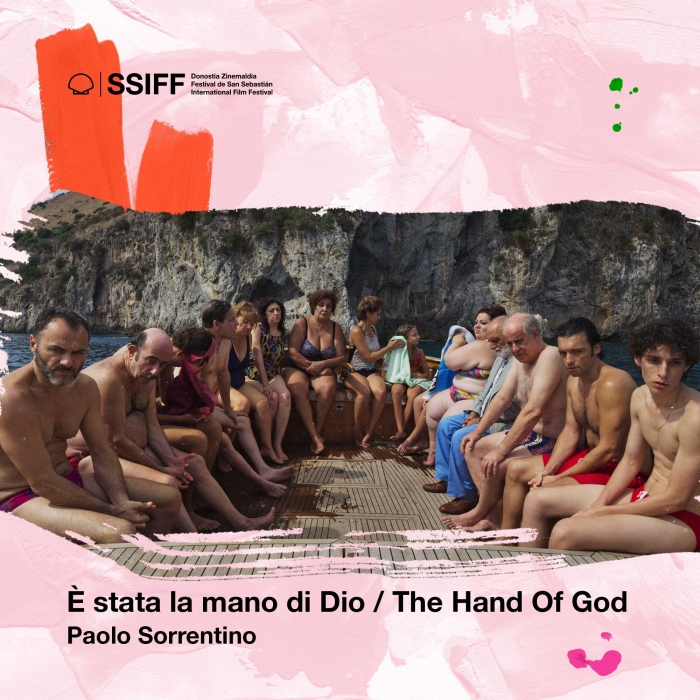