Afghan director Shahrbanoo Sadat will give a master class on Tuesday 21, from 11:30 to 13:00, in Room Z in Tabakalera, as part of the 69th edition of the San Sebastian Festival. The conversation, moderated by the programmer, film critic, member of the Festival's Z365 team and alumni of Elías Querejeta Zine Eskola Irati Crespo, will focus on the challenges faced by a female director in Afghanistan.

Shahrbanoo Sadat's debut film, Wolf and Sheep (2016), was selected and awarded at the Cannes Directors' Fortnight, as was her second film, the sequel The Orphanage (2019). The films of Shahrbanoo Sadat, the youngest director to have been selected for the Cannes Cinéfondation script residency, and whose films have been programmed at the festivals of Rotterdam, Locarno, Busan, Chicago and London.

The conversation will be in English and there will be simultaneous translation into Basque and Spanish. Invitations can be collected at the Tabakalera information point. Festival pass holders will be able to book through the Festival ticket booking system, as for the rest of the talks in the Thought and Discussion area.

Thought and Discussion, the cross-cutting area at San Sebastian Festival seeking to find answers to the challenges faced by international festivals and contemporary cinematic culture by means of proposals distributed throughout the year, has organised at the 69th edition a programme of masterclasses which return to the physical format following last year's parenthesis.

The film archivist and head of restoration at American Zoetrope, James Mockoski, will explain his work with the films of moviemaker Francis Ford Coppola including Apocalypse Now and those screening in the Klasikoak section, The Rain People and The Outsiders: The Complete Novel. Mockoski will give his talk in Room Z in Tabakalera on Tuesday 21from 18:30 - 20:00.

Nest will also come with another two meetings linked to its 20th anniversary. On Monday 20, at 11:00, in the Tabakalera cinema, the French filmmaker Céline Sciamma, whose film Petite maman will screen in Perlak, will participate in one of the conversations with the film students selected in Nest. In the same venue, on Wednesday 22 at 15:30, it will be the turn of Belgian filmmaker Laura Wandel, who returns to the Festival's film students meeting after being selected in 2007 with her short film Murs. Wandel will present in Zabaltegi-Tabakalera her first feature film, Un monde / Playground, following its release in Un Certain Regard at the Festival de Cannes, where it won the FIPRESCI Prize.

These talks are in addition to the masterclass by the Italian director and screenwriter Paolo Sorrentino, who will present È Stata La Mano di Dio / The Hand of God, following its screening at Venice Festival. The author of La grande bellezza / The Great Beauty will talk about his latest film and his ties with the seventh art at the Tabakalera cinema on Wednesday 22, from 19:00-20:30. 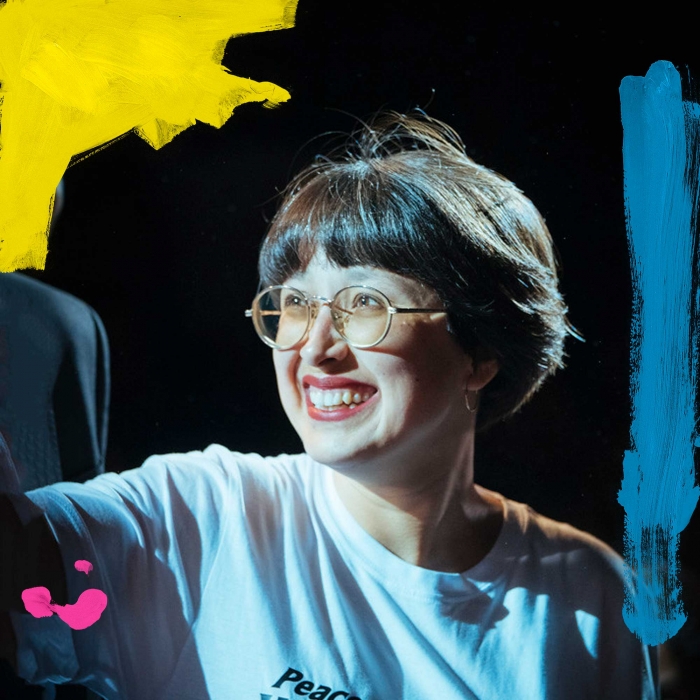