The sections promise discoveries. They also underscore a reality. As art film pre-sales have plunged, public- sector equity financing has escalated, with producers tapping film funds around the world via international co-production. WIP Latam’s six films average four production partners a piece. Sales, which the films now seek in San Sebastian, is icing on the cake.

A drill down on titles:

Nicaraguan Laura Baumeister’s stirring feature debut which swept three of the four prizes on offer at San Sebastian’s 2019 Europe-Latin America Co production Forum. Since then it has grown in production partners and plot detail, turning on 11-year-old María who seethes with rage at her mother’s abandonment of her at a garbage dump in Managua, Nicaragua’s capital. She uses her dreams to explain what’s happened.

The heir to a traditional tequila factory in Los Altos de Jalisco highlands battles a plague, floods but above all foreign pressure strangling her business and sense of identity. The feature debut of Mexico’s Gónzalez, whose Por qué el recuerdo (2014) screened at Cannes Critics’ Week.

The debut feature of Colombia’s Fabián Hernandez, turning on Carlos, a student at a Bogotá boarding school, who is forced to hide his sexuality, feigning male stereotypes with which he doesn’t identify.

A doc feature turning on Lalo, who lives in Mexico’s mountains and is a sex influencer. He is also HIV positive. Reflecting on “the limits of intimacy in an era where the day-today and subjectivity have become a show for the gaze of others,” said Abramovich, Pornomelancholia pictures Lalo moping in real life at his existential void. Produced by Gema Juárez Allen at Argentina’s Gema Films (“Lina de Lima”) with Rachel Daisy Ellis at Brazil’s Desvia, co-writer and producer of Sundance hit Divine Love, France’s Dublin Films and Mexico’s Martfilms – a pedigree producer package.

Lead produced by Claudia Calviño at Cuba’s Cacha Films, sold by Habanero, the third feature from Carlos Lechuga, whose Santa and Andrés played Toronto and San Sebastián’s Horizontes Latinos in 2016. Here, in a resonant set-up, a santera in modern- day Havana who can see people’s future is distraught when her son abandons Cuba, unable to understand what’s happening to her life or why she’s being left alone in Cuba.

A first feature from Moldova’s Bors, whose debut short One Less One More scooped the best international short debut award at Spain’s Huesca Festival. Set in the ‘90s, Carbon sees Dima and Vasea enlist in the army. On their way to the front, they stumble across a carbonized body and set out to establish its identity.

An alum of Europe’s Doc Nomads Master’s Program, Atabey makes his feature debut with the tale of middle- class Mert who leaves his confortable life in Istanbul to hold a funeral service for his father in a small Anatolian village. Whereupon, over three days, his life falls apart.

Georgia’s Pirtskhalava, whose first short, Father, won Locarno’s Golden Pardino, makes his debut feature, in which Tsitsi instigates a school reunion, 13 years after he left school, with the secret mission of punishing the former school bully. “In my school, bullying, abuse and beating were almost the daily norm,” Pirtskhalava has recalled. Whether a still traumatized Tistsi will exact any kind of cathartic revenge is another question.

The second feature as a director of onthe- rise Nikitiuk whose debut, When the Trees Fall – a genre-blending coming- of-age tale laced with a local mob sub-plot and magic realism – caught attention when brought onto the market by Latido Films at 2018’s Berlin. Selection of Nariman Aliev’s Homeward, which she wrote, for Cannes’ 2019 Un Certain Regard also established her as a cineaste to track. Based on true events, Lucky Girl traces the emotional free-fall of a TV star after she is diagnosed with cancer and loses an arm, until she accepts experimental treatment which makes her fight for her life.

A Catalan director and former student at San Sebastian’s Elías Querejeta Zine Ezkola, Vallmajor pictures what’s described as a futuristic road trip through a family past: In a post apocalyptic Basque Country, two brothers are encharged with a mission to Mars. They’ll need sister Mila, some ghosts and Jesus Christ to complete their journey. Allegorical lo-fi sci-fi.

The latest from the best known director in WIP Europa, whose films pretty well almost always do something. In this one, Nina, almost 40, attractive and successful, in a stable marriage, receives a call from ex-boyfriend Ruslan who is seriously ill and asks her to come to Tbilisi to see him, perhaps for the last time. “Nina goes to the city to support Ruslan like a friend,” the synopsis runs. “She is sure that she loves her husband and that she will return home soon. But this short journey will be her last.” 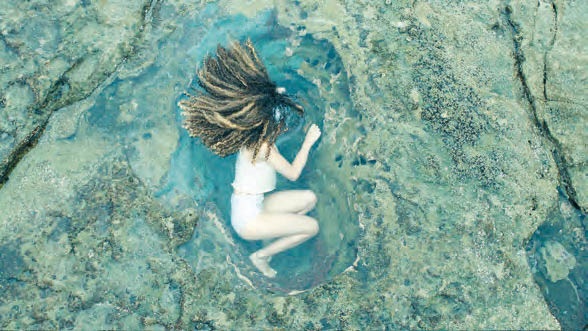 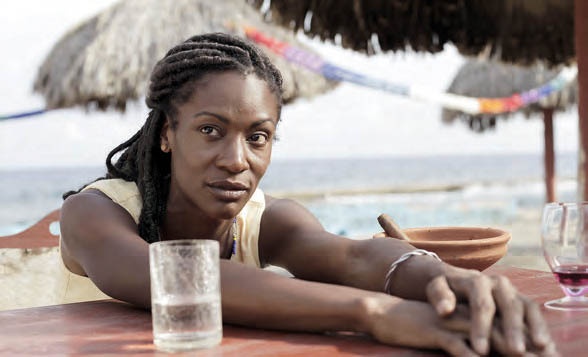