The Zinemira Award is the honorary accolade given by San Sebastian Festival and the EPE/APV and IBAIA producers’ associations to the career of an outstanding personality, programme or institution of Basque cinema. Until now it has gone to Imanol Uribe (2009), Álex Angulo (2010), Elías Querejeta (2011), Michel Gaztambide (2012), Juanba Berasategi (2013), Pedro Olea (2014), Karmele Soler (2015), Ramón Barea (2016), Julia Juaniz (2017), Ramón Agirre (2018), Jose María Txepe Lara (2019) and Sara Bilbatua (2020). This year the Festival and the producers’ associations have decided to pay tribute to Kimuak, the programme providing support to Basque short films promoted by the Basque Government Department of Culture, the Filmoteca Vasca and the Etxepare Institute.

The initiative took its first steps in 1998 at a moment of incipient prosperity for Basque short films: Bego Vicario received the Goya for Best Animated Short Film in 1996 for Pregunta por mí; and Razielen itzulera / Raziel’s Return, by Koldo Almandoz, was included in the Zabaltegi section of San Sebastian Festival in 1997; while in 1998, Por un infante difunto, by Tinieblas González, won an award at the Cannes Semaine de la Critique. However, the Director of Cultural Creation and Dissemination with the Basque Government at the time, Amaia Rodríguez, and the Donostia Kultura Film Unit realised that while the grants were helping short films to be made, they weren’t guaranteeing their distribution. Kimuak was therefore born to meet that need, with the mission to promote, disseminate and distribute Basque short films at Spanish and international level, objectives which it continues to fulfil 23 years later.

The team that makes Kimuak possible today, the Filmoteca Vasca staff members Txema Muñoz and Esther Cabero, will collect the award at the Basque Cinema Gala in the Victoria Eugenia Theatre on Tuesday, September 21. 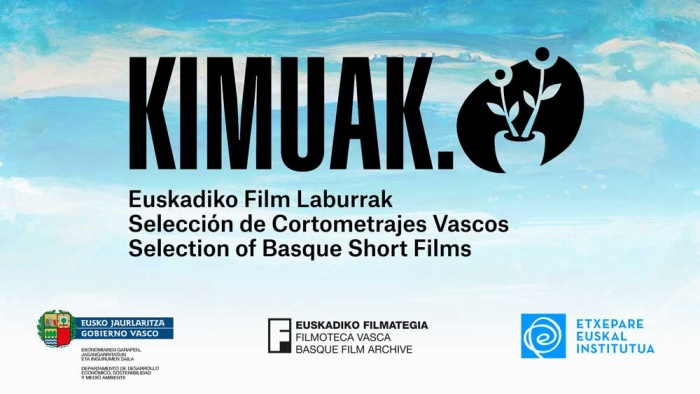