The San Sebastian Festival Co-Production Forum opens its call for audiovisual projects from Europe and Latin America with a minimum runtime of 60 minutes and at least 20% of their financing secured. European projects must have a link to Latin America.

The Forum, which takes place during the Festival, from September 19 to September 21, will consist of pitchings of the selected projects, followed by one-to-one meetings between the project producers and directors and potential partners from all over the world and coincides with the Festival’s two works in progress for European (WIP Europa) and Latin American (WIP Latam) productions.

The Festival will select a maximum of 20 projects based on the reports of three experts: producer Agustina Chiarino and programmers and members of the San Sebastian Festival selection committee Esperanza Luffiego and Javier Martín.

The selected projects compete for three awards: Best Project Award, DALE! Award (Development Latin America-Europe), and the ArteKino International Award. Furthermore, thanks to the Festival’s collaboration with Ventana Sur, European projects selected for the Forum have the opportunity to participate in Ventana Sur’s Proyecta and the rest of the projects, if requirements are met, in the Marché du Film-Festival de Cannes' Producers Network.

New this year, the projects submitted to the Forum may be eligible for selection at the Co-Production Forum-Platino Industria, the new co-production forum organised by EGEDA (Audiovisual Producers' Rights Management Entity), in collaboration with the San Sebastian International Film Festival, which will be held during the event organised by Iberseries and Platino Industria, from 27 to 29 September in Madrid. Two of the projects selected in San Sebastian will also be invited to participate in this new forum.

Since its creation in 2012, the Forum has selected 162 projects, 72 of which have been completed and released – 42 of them at international festivals such as Cannes, Berlin, Venice, Sundance, Locarno and San Sebastian. 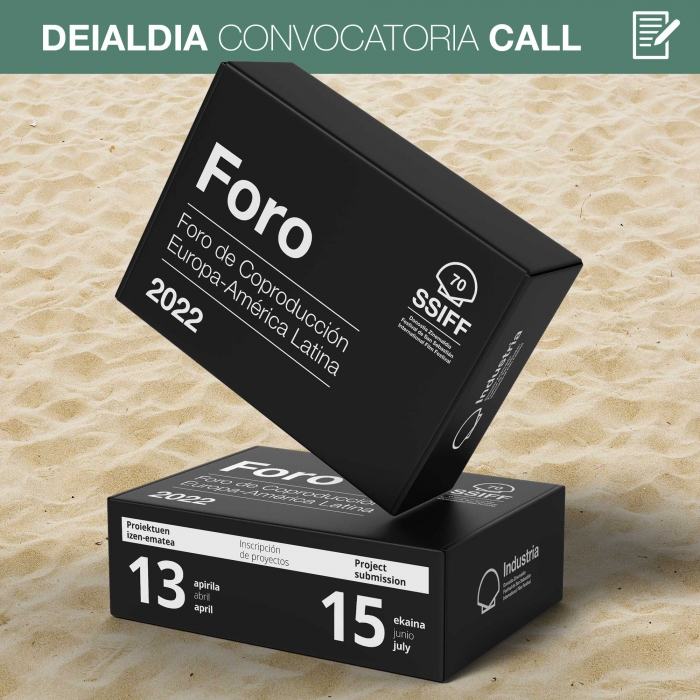