Juliette Binoche, one of Europe’s most international actresses, will feature on the official poster of San Sebastian Festival’s 70th edition, to run from 16-24 September. Winner of an Academy Award for her work in The English Patient (Anthony Minghella, 1996), the French actor will visit the city for the fourth time to receive one of this year’s Donostia Awards in recognition of an extensive career which has seen her play almost 75 characters, from power-wielding heroines to fragile beings with historical figures, drama roles and comedy parts along the way.

The award ceremony will take place at the Kursaal Auditorium and will be accompanied by the Donostia Award Screening of Avec amour et acharnement / Both Sides of the Blade (2022), the movie for which Claire Denis landed the Silver Bear for Best Director at the last Berlin Festival with a cast featuring Vincent Lindon, Grégoire Colin and Binoche herself.

Zinemira, the section dedicated to Basque cinema, will for the first time have its own poster as part of a collection of images designed as a “homage to outlook” and “to all ways of looking at life and the cinema”. In the words of Guille Viglione, the head of Dimensión, “cinema is a way of looking: the director builds a reality filtered by their outlook, the spectator broadens their vision of the world and the cast look at the camera to transmit the essence of their character”.

“In these disconcerting times, the more we want to see, the less time we have to look. So taking the time to look at something is to appreciate it. Observing, soaking up the details, taking it apart with your eyes is not only a question of sight, but also of feeling”, say Dimensión, an independent company which “since 1988 has believed in combining strategy, creativity and technology to prompt improvements in society and generate business” for its clients. 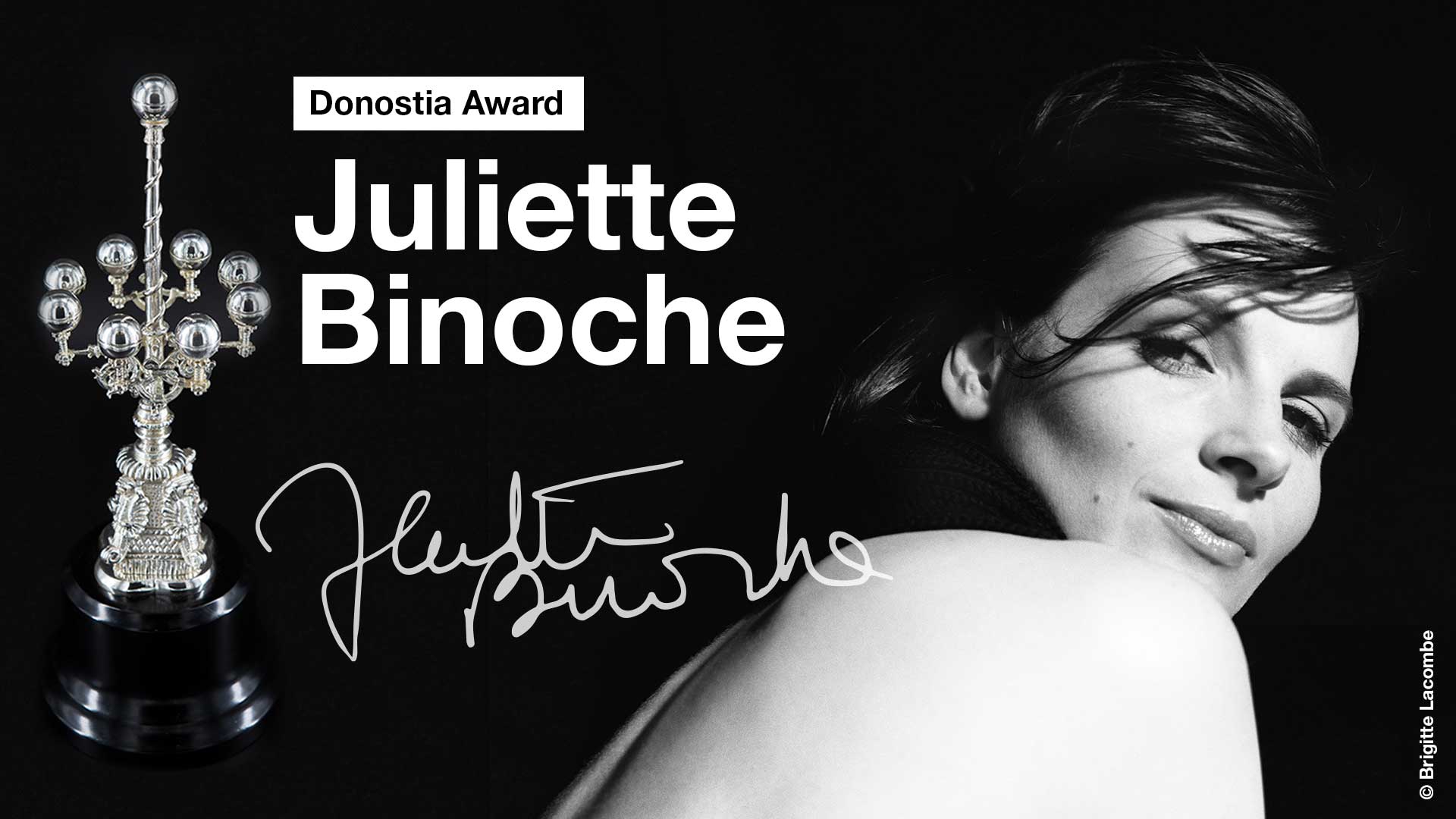 Having taken her first steps in the theatre and trained as an artist at the National Conservatory of Dramatic Art, Juliette Binoche (Paris, 1964) made her movie debut with Liberty Belle (Pascal Kané, 1983), followed by numerous roles in the works of filmmakers including Jean-Luc Godard (Je vous salue, Marie / Hail Mary, 1985), Jacques Doillon (La vie de famille / Family Life, Official Selection, 1985) and André Techiné (Rendez-vous 1985), with whom she once again coincided years later on Alice et Martin (1998). The iconic Mauvais sang / The Night Is Young (1986) was her first collaboration with Leos Carax, under whom she also worked in Les amants du Pont-Neuf / The Lovers on the Bridge (1991).

From the very beginning of her career she has alternated titles made in French with many others in English, including the literary adaptations of The Unbearable Lightness of Being (Philip Kaufman, 1988), Wuthering Heights (Peter Kosminsky, 1992) and Damage (Louis Malle, 1992), in which she starred alongside Daniel Day-Lewis, Ralph Fiennes and Jeremy Irons, respectively. She has featured in casts with Mathieu Amalric, Daniel Auteuil, Judi Dench, Steve Carell, Catherine Deneuve, Johnny Depp, Ethan Hawke, Mathieu Kassovitz, Samuel L. Jackson, Denis Lavant, Olivier Martinez, Clive Owen and Robert Pattinson, among others.

Binoche played a grieving woman in the film opening Krzysztof Kieslowski’s famous trilogy, Trois couleurs: Bleu (Three Colours: Blue, Zabaltegi, 1994), receiving her first César Award, an accolade for which she has racked up another nine nominations, and the acting award at the Venice Festival. She was also the novelist George Sand in Les enfants du siècle (The Children of the Century, Diane Kurys, 1999). However, widespread international recognition was to arrive with her unforgettable role as the nurse in The English Patient (1996), bagging her the Oscar for Best Supporting Actress and the acting award at the Berlin Festival.

She has worked under the orders of European filmmakers including Jean-Paul Rappeneau, who closed San Sebastian Festival’s Official Selection competition with Le hussard sur le toit (The Horseman on the Roof, 1995); Chantal Akerman (Un divan à New York / A Couch in New York, 1996), Patrice Leconte (La veuve de Saint-Pierre / The Widow of Saint-Pierre, 2000), Lasse Hallström (Chocolat, 2000), John Boorman (Country of My Skull,2004) and Michael Haneke, with whom she has filmed two essential movies: Code inconnu: Récit incomplet de divers voyages (Code Unknown, 2000) and Caché (Hidden, 2005). In 2002 she also played the lead part in Décalage horaire (Jet Lag, Danièle Thompson), the film bringing her to San Sebastian for the first time to close the Official Selection out of competition.

Also outstanding in her filmography are Mary (Abel Ferrara, Perlak, 2005), Le voyage du ballon rouge (The Flight of the Red Balloon, Hou Hsiao-Hsien, 2007), Disengagement (Amos Gitai, 2007) and Shirin (Abbas Kiarostami, 2008), whose director she joined yet again to make Copie conforme (Certified Copy, 2010), a love story set in Tuscany for which she won Best Actress at the Festival de Cannes.

Juliette Binoche has combined roles in action blockbusters like Godzilla (Gareth Edwards, 2014) and Ghost in the Shell (Rupert Sanders, 2017) with others for big-name independent helmers such as David Cronenberg (Cosmopolis, 2012), Isabel Coixet (Nadie quiere la noche / Nobody Wants the Night, 2015) and Bruno Dumont, with whom she starred in Ma Loute (Slack Bay, 2016) and Camille Claudel 1915 (2013), where she brought life to the famous sculptor of the same name. She has also frequently worked with the moviemaker Olivier Assayas, who directed her in L’heure d’été (Summer Hours, Perlak, 2008), Clouds of Sils Maria (2014) and Doubles vies (Non-Fiction, 2018).

In 2018 the actor returned to San Sebastian to present two films competing in the Official Selection: Vision, a mystic tale by Naomi Kawase, and High Life, a new collaboration with Claire Denis on this sci-fi movie rewarded with the Fipresci Prize. Binoche has recently hooked up once again with the director alongside whom she had previously shot Un beau soleil intérieur (Let the Sunshine In, 2017) for Avec amour et acharnement (Both Sides of the Blade, 2022), the tale of a love triangle between Binoche, Vincent Lindon and Grégoire Colin. This film will be the Donostia Award Screening in the Kursaal Auditorium following the gala at which the actress will receive her award.

Her latest works also include La vérité (The Truth, Perlak, 2019), by Hirokazu Koreeda, with whom the actress travelled to San Sebastian for the third time, and Ouistreham (Between Two Worlds, Emmanuel Carrère, 2021), which participated in Perlak last year and carried off the City of Donostia / San Sebastian Audience Award for Best European Film.

French photographer Brigitte Lacombe is known for her influential and revelatory portraiture. Her work has been exhibited and published internationally and her monographs include Lacombe Anima / Persona (2008) and Lacombe Cinema / Theater (2001). For four decades her camera has captured celebrated artists, actors, politicians and intellectuals. Her accolades include the Eisenstaedt Award for Travel Photography (2000), the Lucie Award for Lifetime Achievement in Travel & Portraiture (2012) and the Lifetime Achievement Award for Photography from the Art Directors Club Hall of Fame (2010).

Jean and Sara have been living together for 10 years. When they first met, Sara was living with François. Jean and Sara love each other. One day, Sara sees François in the street. He does not notice her, but she is overcome by the sensation that her life could suddenly change. François gets back in touch with Jean for the first time in years. He suggests they start working together again. From here on, things spiral out of control.

The Festival is possible thanks to the collaboration and enthusiasm of many people and companies, including:

And to members of the Board of Administrators of the Sociedad Anónima Festival de San Sebastián: Spanish Government Ministry of Culture, Basque Government Department of Culture, Provincial Council of Gipuzkoa and San Sebastian City Council. 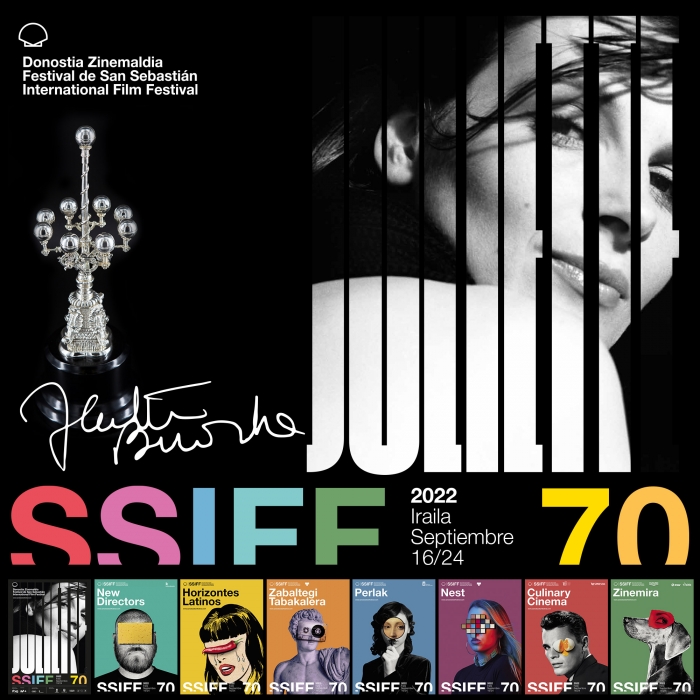 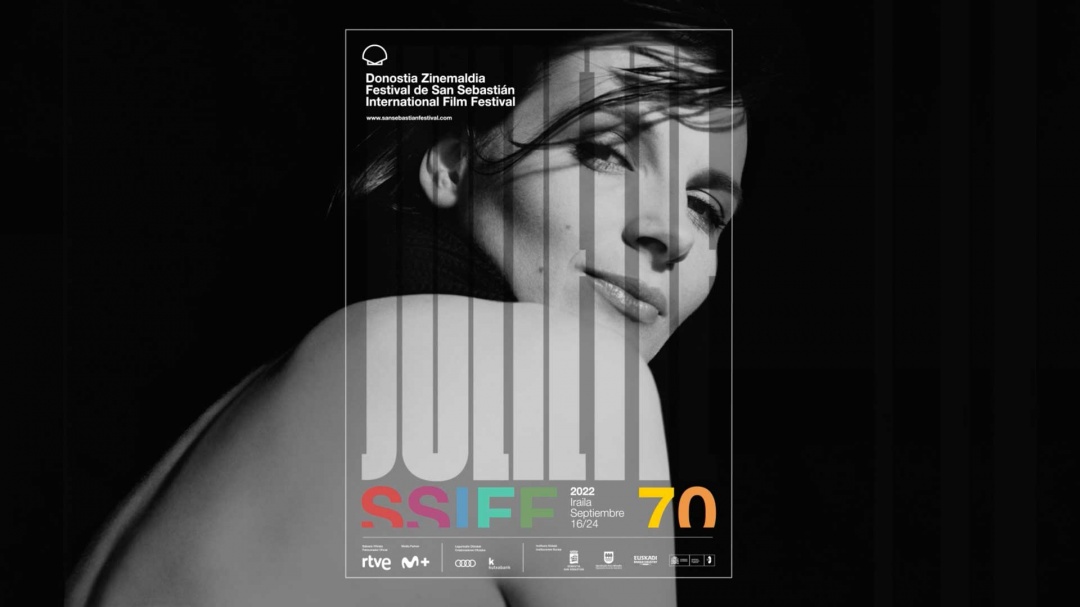 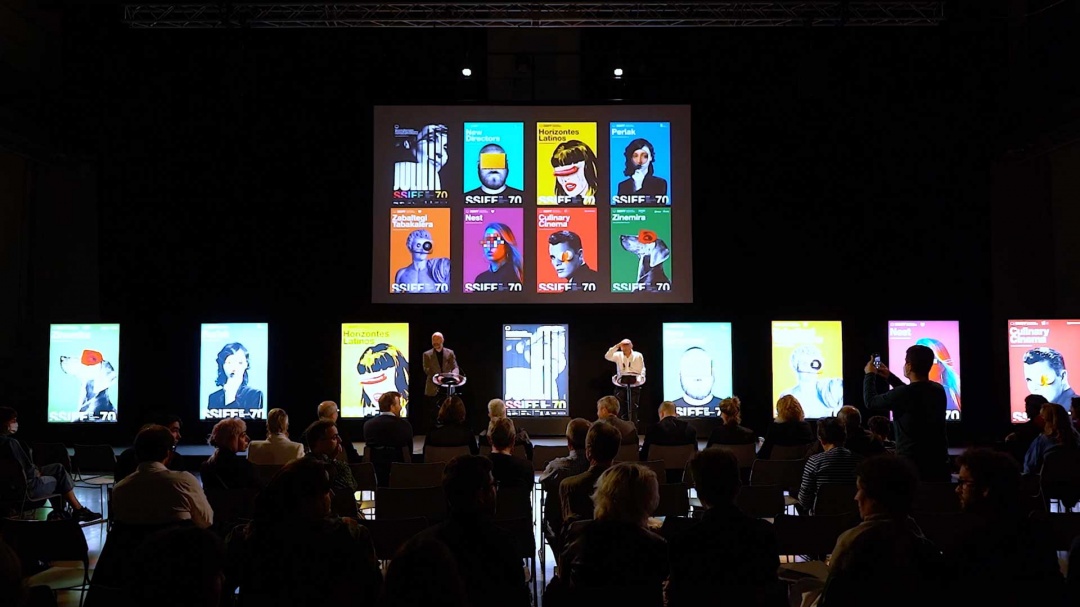