Thirteen productions from fifteen countries will compete for the Kutxabank-New Directors Award at the San Sebastian Festival, whose 70th edition will run from 16 to 24 September. Of the total selected movies, twelve are first works and one is the second film by its author, as announced today to the press by the director of the San Sebastian Festival, José Luis Rebordinos, and the director of Kutxabank’s network in Gipuzkoa, Ainhoa Arruabarrena.

Jeanne Aslan (Sorgun, 1976) and Paul Saintillan (Versalles, 1971) French moviemakers are two of the helmers who will show their debut film in New Directors. Together they co-directed Fifi / Spare Keys, the tale of a teenager who establishes a relationship with her girlfriend’s brother during summer.

The Nicaraguan Laura Baumeister (Managua, 1983) will present her first movie, La hija de todas las rabias / Daughter of Rage, a story about an 8-year-old girl who gets by as she can in a rubbish dump. The film was made partly thanks to the support of San Sebastian Festival, where she landed the best project award at the VIII Europe-Latin America Co-Production Forum (2019) and the WIP Latam Industry Award (2021), among others.

For his part, the director from the Republic of Moldova Ion Borș (Chisinau, 1990), who carried off last year’s WIP Europa Industry and WIP Europa awards thanks to his feature film, CARBON, will participate with this black comedy set in the early 90s during theTransnistria War.

The Danish filmmaker Katrine Brocks (Copenhagen, 1989) will compete with her first full-length movie, Den Store Stilhed / The Great Silence, following a young novice whose quiet life is threatened when her brother pays her an unexpected visit in the convent.

The Russian actor settled in France Dinara Drukarova (Saint Petersburg, 1976) will present her first feature behind the camera, Grand Marin. She herself plays the starring role of a woman who leaves everything behind to set sail on a fishing boat and head for the northern seas.

The moviemaker Carmen Jaquier (Geneva, 1985) will also make her feature debut with Foudre / Thunder, the portrait of a woman’s emancipation in early 20th-century Switzerland.

Jeong-sun is the directorial debut of Ji-hye Jeong (Busan, 1995), the Korean competition winner at Jeonju Festival with this movie about a woman who becomes embroiled in a covert affair with a colleague at the factory where both work.

The Japanese filmmaker Takeshi Kogahara (Nagasaki, 1982) will also show his debut in feature films with the title of Nagisa, following the love story between a brother and sister driven apart by death.

For her part, the director and producer Rocío Mesa (Granada, 1982) will participate in New Directors with her first fiction, the feature film Secaderos, tinged with magical realism set in tobacco drying rooms.

The directing trio Masahiko Sato (Shizuoka, 1954), Yutaro Seki (Kanagawa, 1987) and Kentaro Hirase (San Francisco, 1986) make their debut with Miyamatsu to Yamashita / Roleless, addressing the trials and tribulations of a cable-car operator who side-lines as a film extra.

The Indian moviemaker Parth Saurabh (Darbhanga, 1993) will present his first inroads as a director, Pokhar Ke Dunu Paar / On Either Side of the Pond, following a couple who, forced by the economic difficulties caused by the pandemic, return from Delhi to their hometown, where their relationship starts to unravel.

In addition, the Croatian Josip Žuvan (Trogir, 1987) will show his debut, Garbura / Carbide, about two friends who try to keep their friendship alive despite the quarrelling between their respective families.

Joining these titles are the first feature from Maria Elorza (Vitoria-Gasteiz, 1988), the already announced A los libros y a las mujeres canto / To Books and Women I Sing, about an anonymous and unarmed legion of women who take care of books.

While New Directors is the example of San Sebastian Festival’s pledge to new talents, it is not alone; first and second movies are also programmed in almost all sections, and early works are screened in Nest, the competitive section for shorts by students from film schools all over the world. The Festival also heads, together with Tabakalera and the Elías Querejeta Zine Eskola, the programme under which support goes to innovative audiovisual projects, Ikusmira Berriak, with its artist residencies programme. 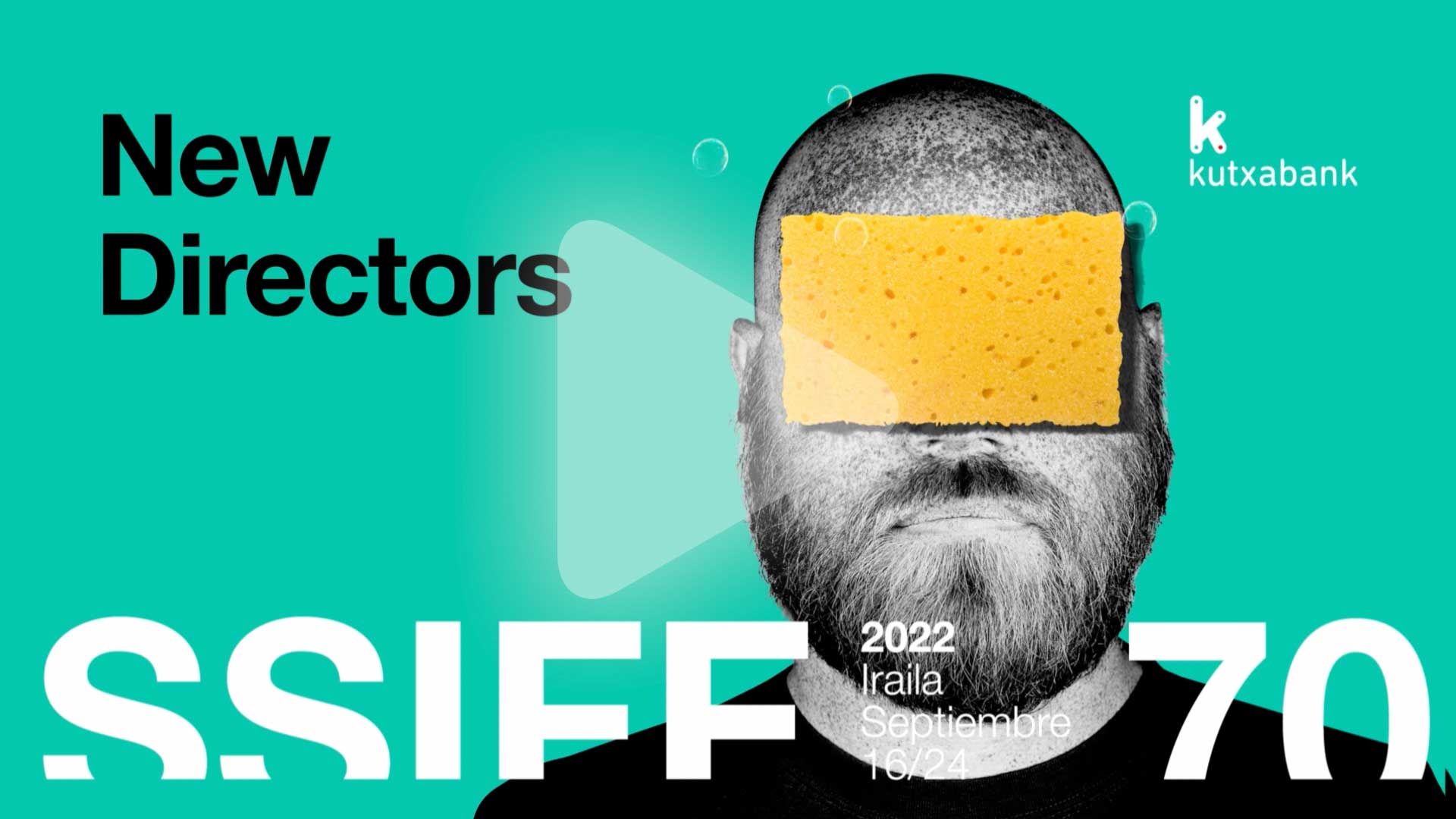 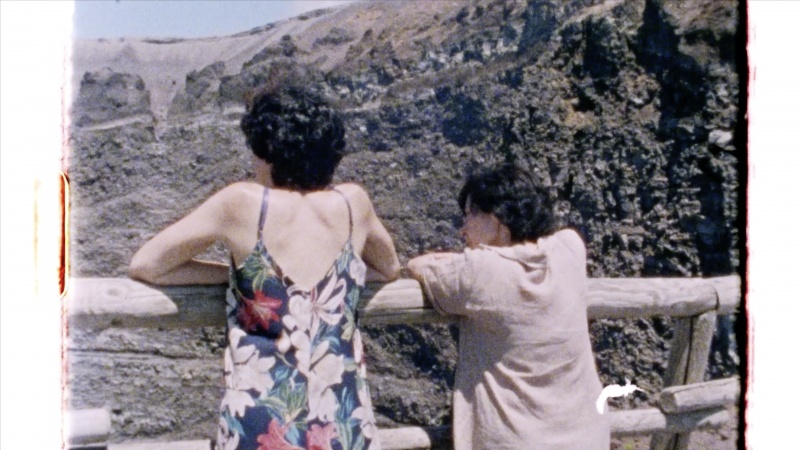 A woman was almost called Avioneta (Small Airplane) at birth. Another had a library in the back seat of her car. Yet another fractured her finger with the rebel shelves of her bookcase. Lectors read to cigar makers while they work. Women remember poems while they iron. And to them all I sing. Standing against fire, water, moths, dust, ignorance and fanaticism, an anonymous female army looks after books. An intimate resistance, lacking epic events, revolution or weapons. Debut film.

Moldova, early 90s. Dima, a tractor driver, wants to be enrolled in the military troops to take part in the local war on the Transnistrian border. Vasea, an Afghanistan war veteran, joins him. While on their way to the front, they find a carbonized body. Authorities ignore them without helping to identify the body. Dima and Vasea decide to bury the corpse according to the proper Christian rituals, but shortly they will go, together with the body, on an absurd journey to discover his identity. Debut film.

Alma is about to take her vows as a nun in a Catholic convent, when her estranged brother Erik arrives. His presence unearths a tragedy from their past and, with the ceremony approaching, Alma is increasingly haunted by resurfacing trauma. Debut film. 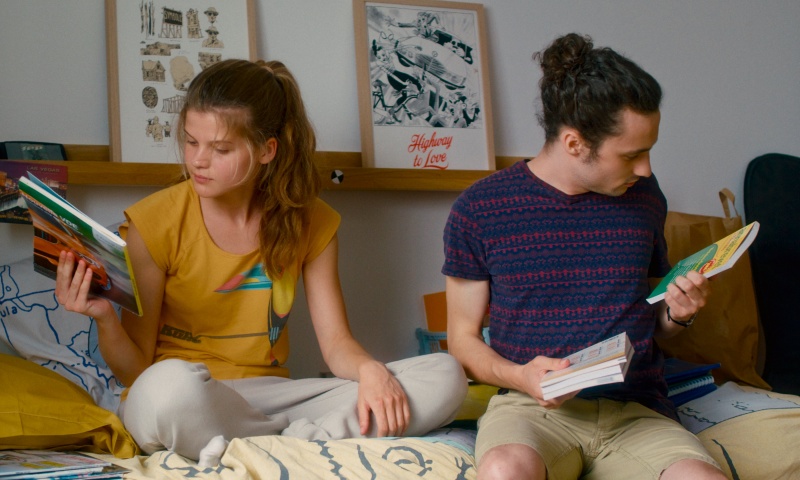 Nancy, East of France. Summertime. Seeking to escape her troublesome family environment, Sophie, 15, jumps at the chance to get the spare keys to her wealthy friend Jade's house. While enjoying the spacious home she thought deserted for summer, she bumps into her friend's older brother Stéphane, who, as fate would have it, was also planning on staying. But instead of chasing her out, Stéphane will choose to leave the door open as an invitation to a summer Sophie never expected. Debut film. 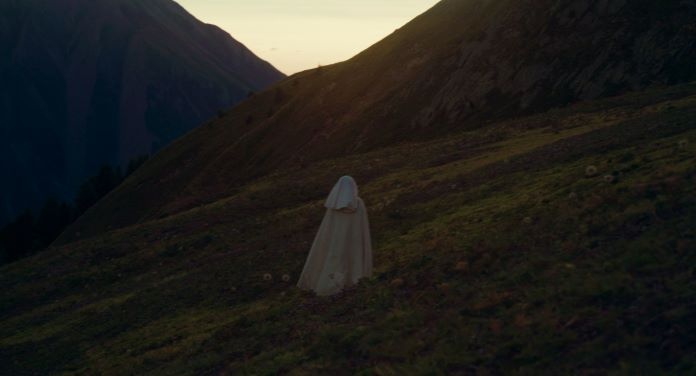 Summer 1900, Switzerland. The sudden death of her older sister forces Elisabeth to return home. Stiffled by the strict rules of the village, Elisabeth is slowly driven to rebel for her right to live her life. Debut film. 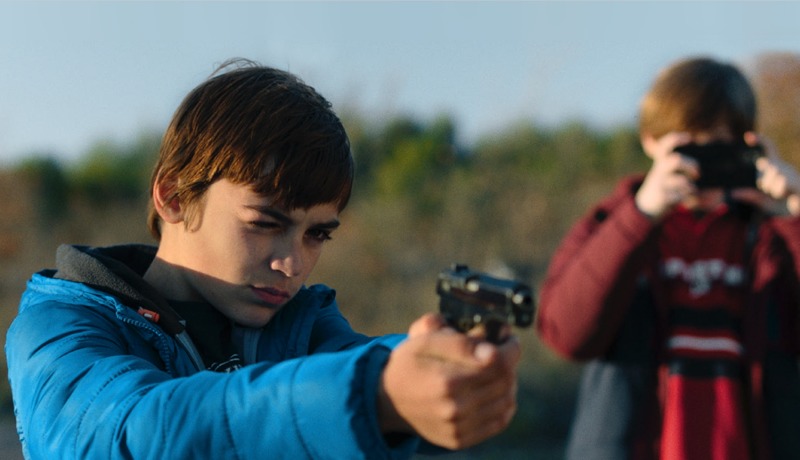 Antonio and Nikola are inseparable friends who live across the road from each other, and share a love of pyrotechnics and mobile phones. Their families have been in dispute for years over an easily resolvable problem: the water that flows from the top house to the bottom house. The boys’ friendship, as they are about to enter puberty, is put to the test at Christmas time when their families uncover much more dangerous secrets and interests, and the water just carries the hate of the adults to the children. Debut film.

Lili has left everything behind to travel to the edge of the earth and accomplish her dream, fishing the Northern seas. She persuades Ian, the captain of a trawler by the name of Rebel, to give her a chance and let her join the crew. The only woman on board, they call her Sparrow. Hidden behind a frail appearance is a will of steel, and her courage and determination ultimately win over their respect. Adopted into this world of often unfortunate individuals, Lili will conquer her right to live differently, free. Debut film. 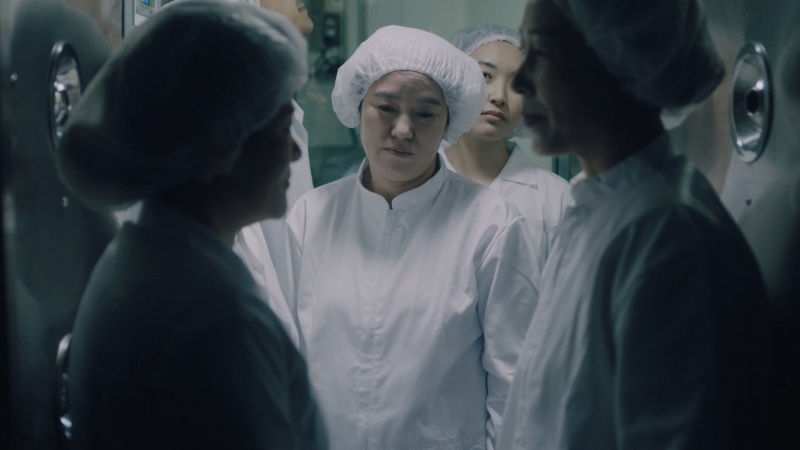 Jeong-sun lives an uncluttered, modest life despite working at a food factory. Young-soo, a factory colleague, approaches her. As they get closer, they enjoy their secret relationship, and he takes candid shots of her in bed with his mobile camera. One day, she gets inappropriate stares from others. Debut film.

Nicaragua, today. Eleven-year-old María lives with her mother Lilibeth on the edge of an immense rubbish dump. Their future depends on selling a litter of purebred puppies to a local gang member. When the deal falls through, Lilibeth has to move to the outskirts of the city and leave María to work at a recycling factory. The days go by with no sign of her mother's return. María feels abandoned, confused and angry. One night she meets Tadeo, a kind and romantic boy determined to help her find her mother. 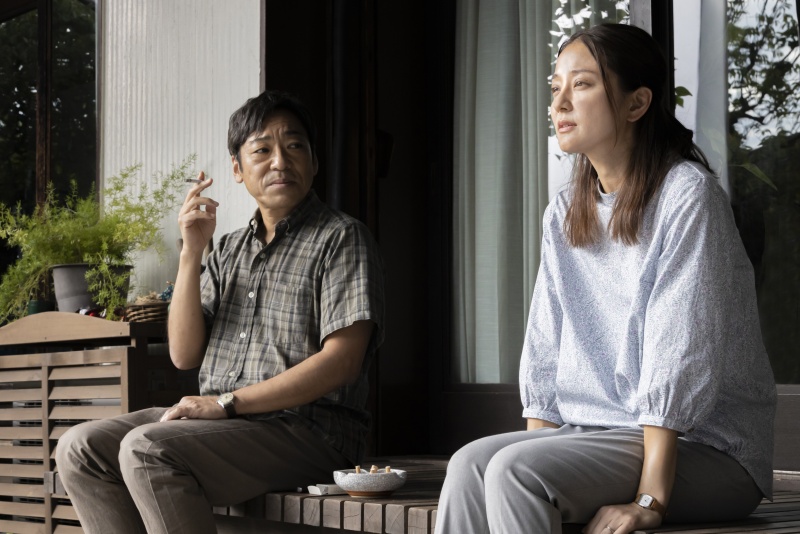 Miyamatsu, who works as a cable-car operator, is also a film extra. Through his different characters he has been living the life of a stranger, only playing that part. Finally he comes face to face with his own life, the one he had lost. Debut film. 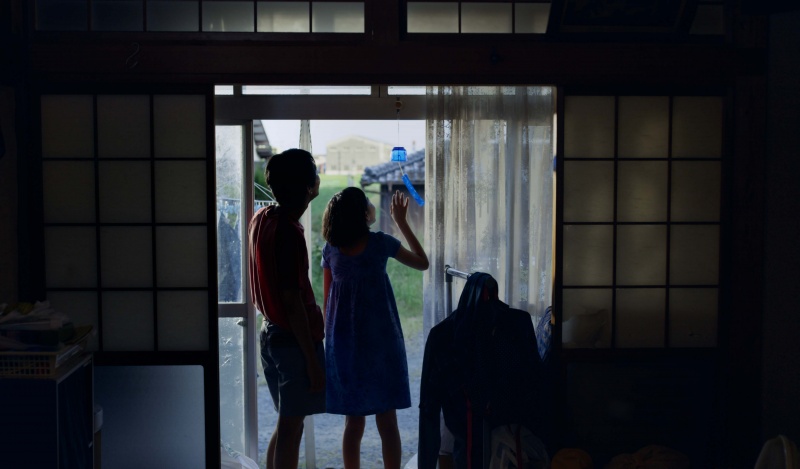 A young man who suffers from guilt related to his adored sister's death encounters her ghost in a haunted tunnel. He makes repeated visits to the tunnel and re-experiences the past. Debut film. 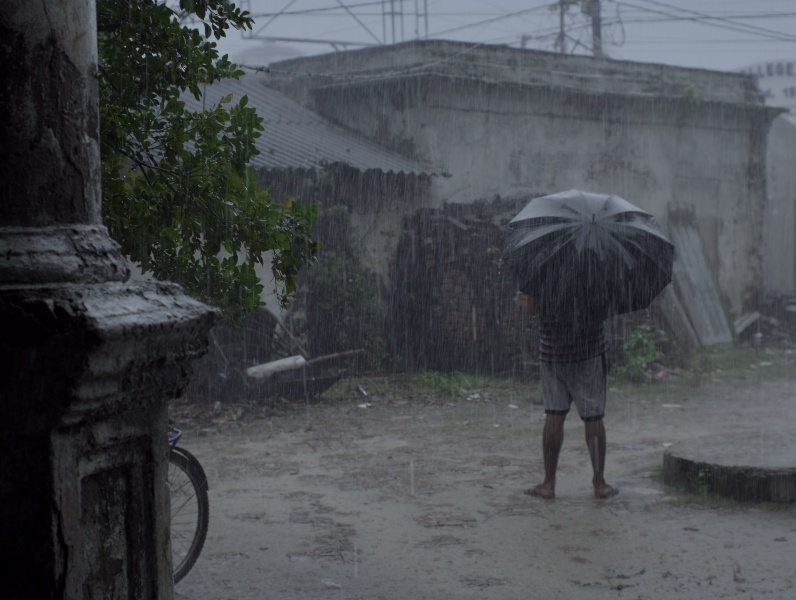 Sumit and Priyanka, an eloped couple, return to their hometown, due to the financial hardships caused by the lockdown. As Priyanka seeks to leave Sumit and return to her conservative father's home, Sumit, oblivious, wastes his time away. Debut film. 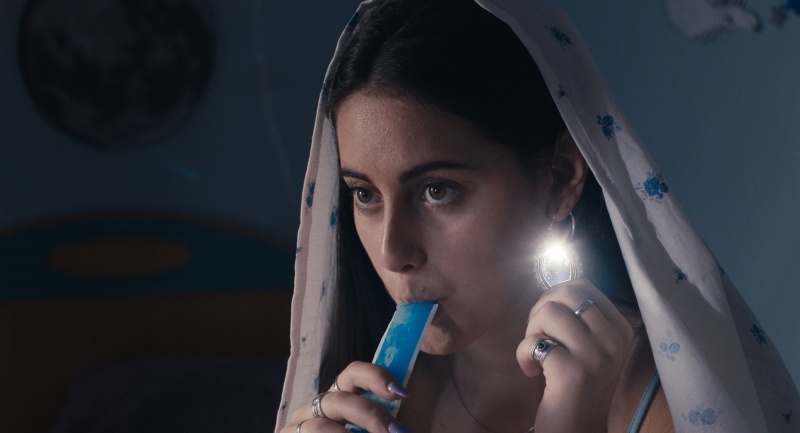 A tiny rural village is a paradise for a city girl and a prison for a local teenager. Two parallel stories take place among tobacco drying rooms during a summer full of magic realism. Second feature film by its director. 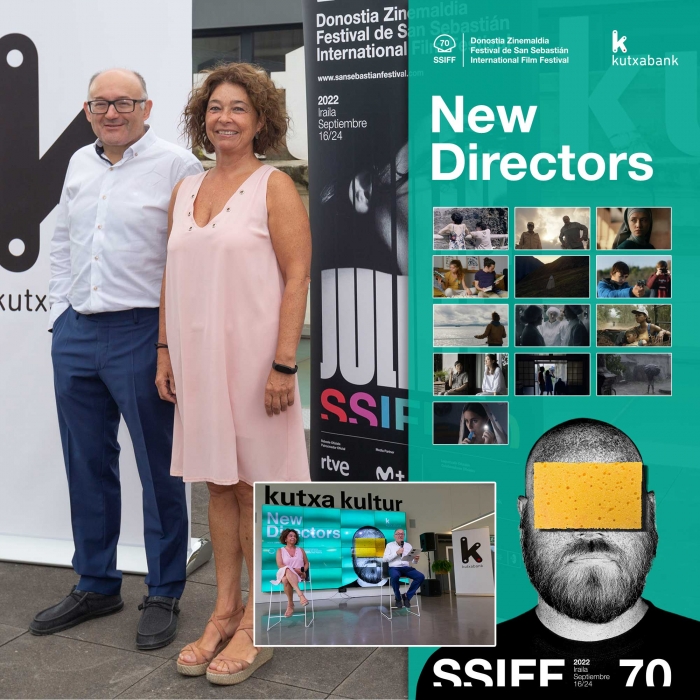 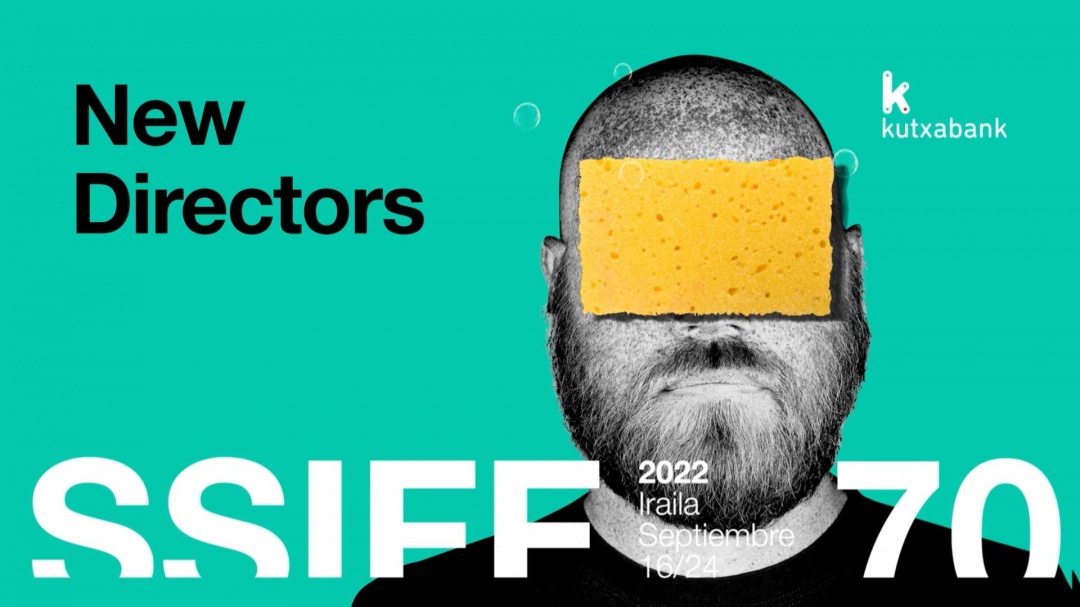