Ecuadorian filmmaker born in Quito on 23 May 1972. He spent his childhood in Ecuador and his teenage years in Paris. Studied screenwriting at the USC (University of Southern California) in Los Angeles.

In 1995 he returned to Ecuador with the idea of making a feature film in a country where cinema is almost non-existent. Ratas, ratones, rateros (his directorial debut) was released in the Official Selection at Venice in 1999. It was screened at more than 50 festivals, garnering over 12 international awards. The film became a social and cultural landmark in Ecuador, staying on the movie billings for six months.

His next film, Crónicas (an Ecuadorian-Mexican co-production), won the NHK International Filmmakers Award at Sundance. The movie enjoyed its premiere in the Un Certain Regard section at Cannes in 2004. Since then, it has participated in various international festivals (Toronto, San Sebastian, Sundance and Rotterdam, among others), winning numerous prizes. Specifically, at San Sebastian, it was screened as part of the Horizontes Latinos section, landing a Special mention for the actor Damián Alcázar. Crónicas was commercially released in the USA, Mexico and several European and Asian countries.

In 2008, while in Spain, he wrote and directed Rabia, premiered at Toronto Festival in late 2009, winner of the Special Jury Prize at Tokyo Festival, the Best Director, Photography and Acting Awards at Guadalajara, and the prizes for Best Film, Photography and Supporting Actor at Malaga Spanish Film Festival. It has been released in commercial cinemas in different European countries and is expected to reach Latin American screens in late 2010.

He is currently working on the post-production of his new film, Pescador, a co-production between Ecuador and Colombia. 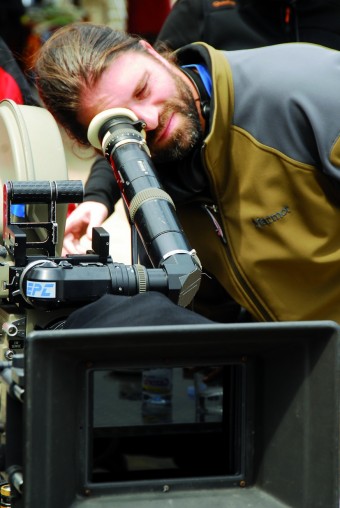