Sabadell, 1965. Co-director, with Esteve Riambau, of the documentary feature Màscares, starring José María Pou and produced by Oberón Cinematográfica, screened as part of Zabaltegi-New Directors at San Sebastian Festival in 2009. Elisabet Cabeza made her film debut with another documentary, La doble vida del faquir (2005), also co-directed and co-written with Riambau, and presented at San Sebastian Festival in the Zabaltegi-Specials section.

A graduate in Communication Sciences from the Autonomous University of Barcelona, she formerly worked as a journalist, particularly with the daily, Avui, firstly in the International Politics section, then as a correspondent in Paris and, later, in the Culture and Events section, specialising in film. Freelance since 2006, she continues to report on film-related information at festivals including Berlin, Cannes and Venice, collaborating with Televisió de Catalunya-TV3.

Elisabet is also an associate professor at the Communication Sciences Faculty of the Autonomous University of Barcelona and head of the Workshop on Fictional Cinema Production at the same faculty. 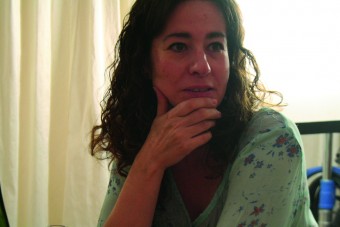