Marc Levy was born in France in 1961. At the age of eighteen, he joined the Red Cross, where he would spend the next six years. Originally from a background in architecture, Marc spent his spare time writing a story for the man that his son would grow up to be. His sister, a screenwriter, sent the manuscript to Editions Robert Laffont, who immediately decided to publish it. Steven Spielberg (Dreamworks) acquired the film rights to the novel.

After Et si c'était vrai... (If Only It Were True, 2000) was published, Marc Levy decided to dedicate himself to writing full-time. His eleventh novel, Le voleur d'ombres (The Shadow Thief), was published in France in June 2010. La primière nuit (The First Night), will be published in Spain in October. Together, his books have been translated into 41 languages.

Produced by Steven Spielberg, the film Just Like Heaven was based upon Marc Levy’s first novel, directed by Mark Walters starring Reese Witherspoon and Mark Ruffalo.

Separados por el destino, based upon Où es-tu?, was directed for television in 2007 by Miguel Courtois (El Lobo).

London Mon Amour was adapted to film in 2008. Marc Levy co-wrote the screenplay with Philippe Guez and Lorraine Levy, who directed the movie starring Vincent Lindon, Pascal Elbé and Virginie Ledoyen. Two of his books are currently under consideration for film.

Marc Levy also co-wrote and directed the short film Nabila's Letter (2004) for an international campaign by Amnesty International. Starring Rachida Brakni, it was screened in English, French and Spanish and selected for the Valenciennes Short Film Festival. 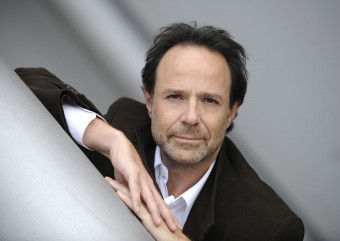