Fermín Muguruza is an unquestionable figure on the international music scene. Originally from Irún, in the province of Gipuzkoa, in the early 80s he founded one of the most influential Basque groups: Kortatu. This band, strongly politically and socially committed, started singing in Spanish, switching to Euskera as Muguruza learned the language, while adding touches of ska, punk and reggae.

In the late 80s, Fermín Muguruza entered a new stage during which he combined his work as a radio host, directing the musical magazine Igo Bolumena (Pump Up the Volume) for the defunct Radio Egin, with the creation of his new group, Negu Gorriak, going on to tour Europe and America together. Meanwhile, he created the Esan Ozenki label, which published his records and helped several bands to take their first steps. Having made 6 records, the members of the group went their own ways and Muguruza launched a solo career packed with collaborations and different musical styles including reggae, funk, jazz and electronic.

In 2003, he set out on the Jai Alai Katumbi Express world tour with Manu Chao, one of his best friends from the Kortatu period, playing a medley of numbers from their long careers. Following the 2004 international tour with his own band, Fermin Muguruza Kontrabanda, in 2006 his new TALKA label signed the work Euskal Herria Jamaika Clash, recorded in Jamaica and featuring many of the country’s big music names. This experience led to his first documentary, Bass-que Culture, describing how the record was made at the Marley family studios.

In 2008, he published his last studio work to date, Asmathic Lion Sound Systema, recorded in over 20 different cities the world over, and directed the documentary Checkpoint Rock. Canciones desde Palestina, a film which went on to become a reference at San Sebastian Festival in 2009. He also wrote the soundtrack for the short El salto de Beamon, composed the songs for the play Xomorroak (Bizitza Lorontzian)/Bichitos (La vida en el tiesto) and created the soundtrack for Jesús Garay’s movie Mirant al Cel. He is currently preparing a series of documentaries on music in Arab countries which he will direct for the Al Jazeera Documentary Channel. 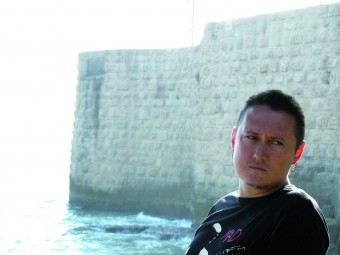