Pablo Trapero (San Justo, Buenos Aires, 1971) released in 1999 his first film, Mundo Grúa, with which he participated in Venice Festival and racked up several foreign awards. A year later, he made the medium-length Naikor with the prize granted by the Hubert Bals Fund. Meanwhile, he started working on his second feature, El bonaerense, released at Cannes Festival in 2002 to appreciative critical and public acclaim. That year he founded the production company, Matanza Cine.

In 2003, he produced Enrique Bellande’s documentary Ciudad de María, made with a contribution from the Jan Vrijman Fund; he made and produced the documentary telefilm, Sarasa; co-producing and commercially releasing Raúl Perrone’s La mecha, presented at San Sebastian Festival.

He returned to Venice Festival in 2004 with his third movie, Familia rodante. In 2005, he produced Géminis, by the Argentinean director Albertina Carri, closing film at Buenos Aires Festival and premiered worldwide at Cannes, going on to compete in Horizontes Latinos at San Sebastian Festival.

In 2006, he released Nacido y criado, his fourth feature as a director, presented at Rome Festival with excellent reviews, and Mbya, tierra en rojo, a documentary directed by Philip Cox and Valeria Mapelman (Argentinean-UK coproduction).

In 2007, he directed Intersecciones, a documentary telefilm shot in different prisons; produced Albertina Carri’s La rabia, premiered in Berlin and screened as part of the Horizontes Latinos selection in San Sebastian 2008; and presented Leonera, his fifth movie as a director, premiered in the Official Selection at Cannes 2008 and which also competed in Horizontes Latinos at San Sebastian 2008. In January 2010 he released Excursiones, third film by Ezequiel Acuña, of which he is coproducer.

Carancho, his sixth film as a director, was presented in the Un Certain Regard section at the last Cannes Festival and is the Argentinean film to have enjoyed the highest box office takings in 2010. It can be seen at San Sebastian Festival’s Zabaltegi Pearls. He will shortly produce Gabriel Medina’s second feature, El punto oscuro; Guillermo Pfening’s directorial debut, Caito; and Santiago Palavecino’s Tarde, in addition to preparing his next movie. 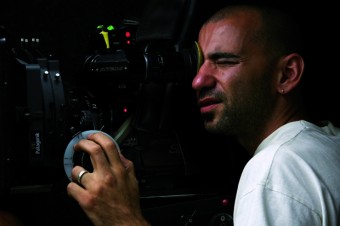