Lucy Walker is best known for directing four feature documentary films: Devil’s Playground (2002), Blindsight (2006), Waste Land (2010) y Countdown to Zero (2010). Her two most recent movies both premiered at Sundance 2010 – the first time a documentary director has had two feature films in one year at this festival.

Countdown to Zero, which will be screened at this year’s San Sebastian Festival in Zabaltegi-Specials section, was premiered at Sundance 2010 and played in Official Selection at Cannes.
Waste Land also premiered at Sundance 2010 and is the first film ever to win the Audience Awards at both Sundance and Berlin, as well as the Audience Awards at Seattle, Full Frame, Provincetown, Paulinia, Durban and Maui film festivals, in addition to the Amnesty International Award at Berlin and Durban, the Jury Award at Paulinia and Durban and the $25,000 Target Best Documentary Award at Dallas International Film Festival.

Walker is also the first filmmaker to ever win the Berlin Audience Award twice, for both Blindsight and Waste Land. Blindsight premiered at Toronto and won further Audience Awards at Ghent, AFI and Palm Spring film festivals and nominations for Best Documentary at the 2007 Grierson Awards and British Independent Film Awards. It was also short-listed for the Academy Award for Best Documentary.

Walker's credits also include Nickelodeon's Blue's Clues, for which she was twice nominated for Emmy Awards for Outstanding Direction in a Children's Series.

Lucy Walker grew up in London, England, started directing theater in high school and continued as an undergraduate at Oxford University, where her plays won prestigious Oxford University Dramatic Society awards. After graduating with starred First Class Honors in Language and Literature she won a Fulbright Scholarship to attend New York University's Graduate Film Program, where she earned her MFA, directed short fiction films, won a competition to direct a music video for Cowboy Junkies, and moonlighted as a musician and DJ. 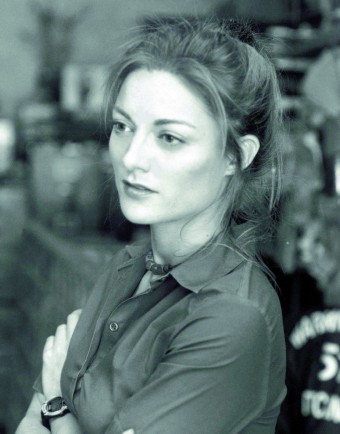