Julia Roberts has participated in some of the most successful films of the last 20 years, working with top directors and becoming one of the most admired actresses in world cinema.

Julia Roberts was born in Smyrna (Georgia) on 28 October 1967. Her unstoppable career in the movie world started in 1987 with J. Christian Ingvordsen’s Firehouse, and she already made people sit up and take notice in Mystic Pizza (Donald Petrie, 1988). With Steel Magnolias (Herbert Ross, 1989), in which she was billed alongside Sally Field and Shirley MacLaine, she landed her first major part, winning her first Golden Globe and her first Academy Award nomination as Best Actress in a Supporting Role.

The romantic comedy Pretty Woman (Garry Marshall, 1990), which she headlined with Richard Gere, was a huge success the world over and sealed international fame for Julia Roberts, who won the Golden Globe and yet another Oscar nomination, but this time for Best Actress in a Leading Role.

She went on to star in the thriller Flatliners (1990), by Joel Schumacher, with whom she coincided once again on Dying Young. Sleeping with the Enemy (Joseph Ruben, 1991) was yet another box-office smash throughout the world.

After having been Tinkerbell in Hook (Steven Spielberg, 1991), she spent a number of years heading the casts of dramas and thrillers like The Pelican Brief, (Alan J. Pakula, 1993); Mary Reilly (Stephen Frears, 1996) and Michael Collins (Neil Jordan, 1996). She also participated in Woody Allen’s musical movie Everyone Says I Love You (1996).

In 1997 she returned to comedy, starring in another huge hit, My Best Friend’s Wedding (P.J. Hogan), alongside Cameron Díaz, opening film of San Sebastian Festival in 1997, although Julia Roberts was unable to visit the city on that occasion. Notting Hill (Roger Michell, 1999), together with Hugh Grant, and Runaway Bride (1999), newly with director Garry Marshall and actor Richard Gere,once again underlined Julia Roberts’ enormous popularity as an actress in romantic comedies.

During the same period she played in Richard Donner’s thriller Conspiracy Theory (1997), alongside Mel Gibson, and the drama Stepmom (Chris Columbus, 1998), sharing the bill with Susan Sarandon and Ed Harris and in which she participated as executive producer.

In 2000 she once again demonstrated her quality as a dramatic actress on starring in Erin Brockovich, for which she won an Academy Award for Best Actress and a Golden Globe. This marked the start of her close collaboration with Steven Soderbergh, with whom she went on to work on another three occasions: the remake of Ocean's Eleven (2001), Full Frontal (2002) and Ocean's Twelve (2004).

Her more recent films are: Fireflies in the Garden (Dennis Lee, 2008); the thriller Duplicity (Tony Gilroy, 2009), with Clive Owen, a part once again nominated for a Golden Globe; the ensemble movie and romantic comedy Valentine's Day (Garry Marshall, 2010); and Eat Pray Love (Ryan Murphy, 2010), alongside Javier Bardem, which she herself will introduce at San Sebastian Festival.

In 2011 we will see the release of Larry Crowne, directed by Tom Hanks and starring both Hanks himself and Julia Roberts. 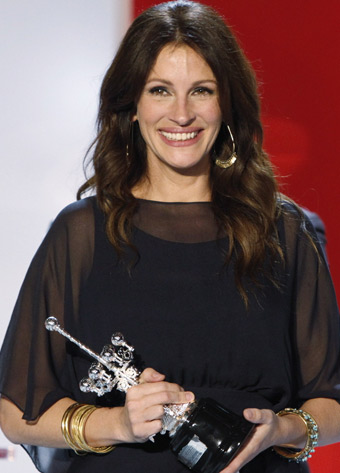 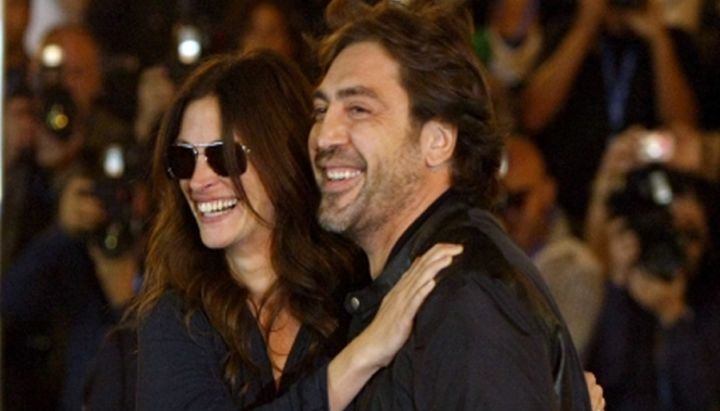