“I was born into a family already involved in photography. My aunt Edith had studied photography at the Bauhaus and my father studied in Vienna; they were both socially very committed people and had to flee the rising tide of fascism in Europe before the war. I was given a simple camera when I was five years old and soon I was learning how to develop and print pictures myself. I got my first job as a cinematographer through my photographs , when I was twenty one and I was given my first movie when I was twenty two, also through a director seeing my photographs. Now, fifty movies later I am preparing my first book of photographs. I have just completed the shooting of a Hollywood movie directed by M. Night Shyamalan and starring Will Smith, but, of course, in recent years I have been working with David Cronenberg, a collaboration which I have found very rewarding.

“I would, despite my visual training, never go to see a film for the cinematography. The script, the narrative, the characters and ideas, the style of the directing and the quality of the acting, are the most important things in a movie. Cinematography can improve a film quite considerably and contribute to its style but it can never rescue a bad film!” 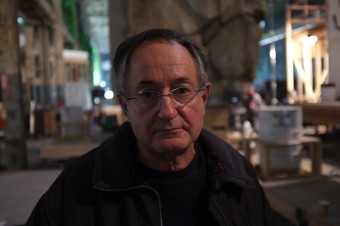