You are in: Home > 2014. 62nd Edition  > News > The 62nd San Sebastian Festival will dedicate a cycle to new cinematic proposals from Eastern Europe

Eastern Promises. Portrait of Eastern Europe in 50 films is the title of one of the retrospectives at this year’s 62nd San Sebastian Festival. A look at movies produced since 2000 in the countries that lived under Soviet influence post-World War II. A cycle to discover the creative wealth of these film industries and the new talents that have emerged in the last decade, putting an end to all kinds of prejudices and stereotyped images and bringing us closer to the reality of these countries as they themselves portray it.

This year will see the 25th anniversary of the fall of the Berlin Wall in 1989. An occurrence which brought an end to the division of Europe that had marked the Cold War and to Soviet domination in these countries, totally separated ideologically and culturally from the rest of Europe. From then on, a series of momentous historical events completely changed the political geography of the countries forming that bloc traditionally known as "Eastern Europe": the Balkan War and the tragic division of the former Yugoslavia, the Romanian revolution, the disappearance of the Union of Soviet Socialist Republics following the independence of some of its member states, the dissolution of Czechoslovakia, etc. The shift from the former communist regimes to market economies and the opening up to cultural products that had been repressed was also decisive in provoking important social changes in these countries, both in the generations that had lived under communism and in other new ones that emerged after the fall of the Wall.

As was to be expected, these changes, which radically transformed the former communist societies in barely 25 years, are reflected in the cinema produced in these countries, a cinema that now brings us a record and testimony of that social and political process. The new generations of filmmakers from countries such as Romania, Hungary, Poland or Czech Republic currently attract the attention of critics and audiences worldwide, along with the proposals from countries experiencing new stimulus in their film production: Bulgaria, the Baltic Republics, Ukraine, Slovakia, Slovenia, Moldavia and Macedonia. All propose new mind-sets for today’s audiences: films on social issues portraying contemporary human landscapes, historical recreations of events in recent decades only now coming to light, models of genre movies focussed on a new kind of audience, young upcoming filmmakers who turn their particular points of view on the world inherited from their elders... Liberalisation, critique, historical reflection and uncertainty as regards the future of these societies come together in this extremely wealthy cinematic fresco helping us to better understand that Europe hidden from our eyes for decades and to discover how it deals with that new reality today.

The retrospective will bring together a total of 50 titles from Albania, Bosnia, Bulgaria, Croatia, Czech Republic, Estonia, Hungary, Latvia, Lithuania, Macedonia, Moldavia, Poland, Romania, Slovakia, Slovenia and Serbia, many of which have never been seen in our country. The cycle will include, among others, titles such as No Man's Land (2001) by Danis Tanovic, The Blacks (2009) by Goran Dević & Zvonimir Jurić, Children of Sarajevo (2012) by Aida Begic, How I Killed a Saint (2004) by Teona Strugar Mitevska, The Temptation of St. Tony (2009) by Veiko Õunpuu, Cooking History (2009) by Peter Kerekes, Hukkle (2002) by György Pálfi, The Death of Mr. Lazarescu (2005) by Cristi Puiu, 12:08 East of Bucharest (2006) by Corneliu Porumboiu and Panihida (2012)by Ana-Felicia Scutelnicu & Tito Molina (provisional titles selection). A publication coordinated by Mathieu Darras will accompany the cycle. 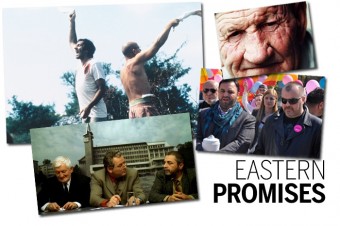 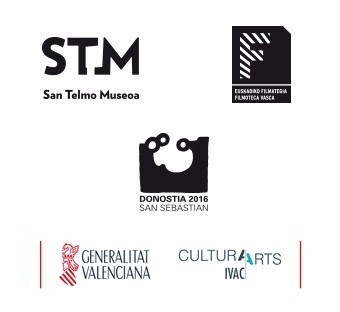