You are in: Home > 2014. 62nd Edition  > News > The San Sebastian Festival, Alliance Française Euskadi Prize for its long-standing work disseminating the French language and culture

The Jury of the Alliance Française Euskadi, chaired by the writer from San Sebastian, Luisa Etxenike, understands that the San Sebastian Film Festival fully meets said requirements “given that throughout its existence, over and above all problems and difficulties, it has promoted, in relation to cinematic creation and production, a relevant contribution to dissemination of the French culture in the world of the Seventh Art, in the composition of its different juries, in the Festival list of awards and in the selection of films, directors, actors and producers who have participated in said festival, one of the best cultural and intellectual traditions, alive among us, that deserves as citizens and lovers of culture our full support and recognition.”

The French author André Malraux said that living was to transform experience into awareness. And I think that phrase is a good way, a good instrument to present the San Sebastian International Film Festival in its more than sixty years of existence; in September it will celebrate its 62nd edition.

The importance of this Festival is of course understood by first of all looking at and realising the experience of everything that has happened there during all that time: hundreds and hundreds of films screened, of meetings with artists from all over the world, hundreds and hundreds too of careers started and hallowed, of debates, of publications and news that has travelled the world; myriad events, at the end of the day, that represent a wealth that is not only tremendously symbolic and cultural, but material too for both the city of San Sebastian and for the whole country.

However, I think we can only fully understand the importance of the San Sebastian Festival when that experience, the combined experience of all of the above, turns into awareness of what all this has meant for more than six decades.

Awareness, for example, that the Festival opened borders at times when those borders were in many ways compromised or closed (we only have to cast our eyes back to the history of our own country from the early 50s).

Awareness too that the Festival has presented and represented cosmopolitanism in the face of the many temptations to look inwards, to breed among ourselves.

That it has brought and addressed freedom at moments of dictatorship and intolerance.

That it has relieved with glamour all sorts of tragedies and situations of profound sadness. And we have unfortunately seen many of these in abundance and until only a very short time ago.

That the Festival has permitted us in moments of discourse and pensée unique to discover and connect with an extraordinary panoply of voices, of social and political approaches; of aesthetic proposals, aesthetic demands; at the end of the day, with a broad spectrum of Others.

Relations with the Other, with those that are different to us, are the key to the world. It is what marks the contentment or discontentment of the world, in other words, of people considered one by one.

That’s why learning to get along with the Other, wanting to get along with them, designing the personal and social, economic and political conditions to achieve that wellbeing is the essential aspiration of Humanism, and the essential value of thought in the Age of Enlightenment which took hold, which first of all crystallised in France; and which spread from that country to the world, grew for the world; or rather for the human beings of the world.

The Alliance Française Euskadi Prize wants to recognise those who contribute to disseminating the French culture and language. There is absolutely no doubt that the work of the San Sebastian Film Festival has been essential in this respect: huge numbers of French and French-speaking films and artists present and acclaimed with awards at San Sebastian, as we will now see in a video prepared by the Festival itself for this event. Thank you very much for this marvellous work.

But the Alliance Française Euskadi Prize also and particularly wants to reward those initiatives that represent, that embody the values of the best French civic tradition. That tradition born, crystallised in France but which, as I said a moment ago, was adopted and recognised as their own by humanism everywhere, by illustrated thought everywhere, by civic commitment everywhere. That civic tradition resumed in the famous trilogy: Liberty, Equality, Fraternity.

In its own way, with the valuable, decisive tools of Cinema and Culture, the San Sebastian International Film Festival has contributed to disseminating these values, to making them visible for more than sixty years, opening borders, creating spaces for free expression and fertile dialogue with the Other individuals and the Other aspects of the world.

In other words, it has shaped that fundamental message: Liberty, Equality, Fraternity in its cultural, festive fashion; solemn, intense and glamorous.

For all of these reasons, the Jury of the first Alliance Française Euskadi Prize that I have had the honour to chair has unanimously decided to give its prize to the San Sebastian International Film Festival.

The prize will be collected in the name of the Festival by its Director, José Luis Rebordinos, from the President of the 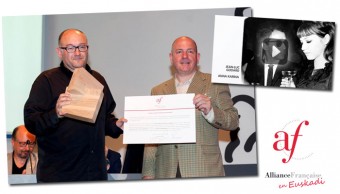 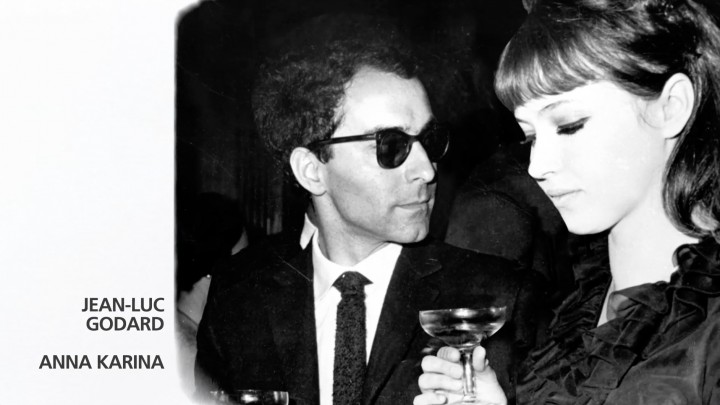