You are in: Home > 2016. 64th Edition  > News > Fourteen moviemakers will compete for the Kutxabank-New Directors Award

Today saw presentation of the selection of films making up New Directors, the section embodying one of a film festival’s core missions: to discover new filmmakers, or in other words, new ways of thinking, understanding and making cinema. The Director of the San Sebastian Festival, José Luis Rebordinos, together with Ander Aizpurua, Director of the Kutxabank Gipuzkoa Network, revealed the titles of fourteen first or second movies by filmmakers worldwide who will compete for the Kutxabank-New Directors Award.

Films produced in Germany, Argentina, Belgium, China, France, Greece, Israel, Moldavia, Portugal, South Korea, Spain and the USA explore themes including personal relations and the passage into adult life or portray society in their countries through the eyes of a group of youngsters or from the angle of three generations of women.

For five of the moviemakers these are their second feature films, following a prizewinning and acclaimed debut at international festivals. Such is the case of Federico Godfrid (Pinamar) whose first feature film, La Tigra, Chaco, co-directed with Juan Sasiaín, won, among others, Fipresci Best Film prize at the Mar de Plata Festival and a special jury mention in the Forum of Independents section at the Karlovy Vary Festival. Offline, by Peter Monsaert (Le ciel flamand), was named best film at the Amiens Festival, among other accolades. Yu Liu (Yi bai wu shi sui de sheng huo / One Hundred and Fifty Years of Life) participated with The Blinding Sunlight in New Directors, landed the Special Jury Prize in Cairo, and was deemed Best Screenplay in Beijing. Gabe Klinger (Porto) premiered his documentary Double Play: James Benning and Richard Linklater in Venice, where it was named best documentary, and Jean-Gabriel Périot, who now brings us Lumières d’été (Natsu no hikari) / Summer Light, opened the Panorama section at the Berlinale with the film later screened in Zabaltegi, Une jeunesse allemande / A German Youth.

Those competing with their first features also come backed by a filmography and acknowledgements in the short film world. Nely Reguera -María (y los demás)- bagged a special jury mention in Gijón and at the XI Iberoamerican Spanish Short Film Contest organised by the General Society of Authors and Editors (SGAE) with Pablo. The short film Essaie de mourir jeune / Try to Die Young by Morgan Simon (Compte tes blessures / A Taste of Ink) secured a César nomination and an award in Rome, as did the title Panihida by Ana-Felicia Scutelnicu (Anişoara / Anishoara). Moroco Colman’s short film Fin de semana was selected for both the Cannes Short Film section and the International Students Meeting in San Sebastian in 2010. Ordinary Family by Hyun-ju Lee (Yeon-ae-dam / Our Love Story) scooped up the Korean competition grand prix at the Asiana International Short Film Festival. Last year, Deutsche Film- und Fernsehakademie Berlin (DFFB) produced The Man in the Case by Alexandra Balteanu (Vanatoare / Prowl), while Maysaloun Hamoud (In Between) saw the screening of her short films Salma, Scent of Morning and Shades of Light at film festivals worldwide. And Sofia Exarchou (Park) won the Works-in-Progress Award at last year’s Karlovy Vary Festival with the film now participating in San Sebastian.

This section represents the Festival’s commitment to new talents on the international movie scene and is today an important platform for lending visibility to their works. This is the case of the winning film of the Kutxabank-New Directors Award at last year’s Festival, the comedy Le nouveau / The New Kid, following its screening at other international festivals such as Zagreb, Melbourne and Lisbon, where it won Audience Award. The film has now been released in Spain.

The Festival has dedicated a special space to new directors since 1976, and in these 40 years has acted as a trampoline for filmmakers including Pedro Almodóvar, Iván Zulueta, Olivier Assayas, Tsai Ming-liang, Danny Boyle, Walter Salles, Nicolas Winding Refn, Lee Daniels, Bong Joon-ho, Laurent Cantet and Lucile Hadzihalilovic, whose second film, Evolution, won the Special Jury Prize at last year’s Festival in addition to the Youth Award for Best Cinematography.

The Kutxabank-New Directors Award, to be decided by a international jury, comes with €50,000 for the film’s director and distributor in Spain. Kutxabank’s sponsorship of the New Directors section is part of a wider participation, under which the financial institution continues to occupy its place this year as the Film Festival’s Official Collaborator.

The films screened in this section will also compete for the EROSKI Youth Award, to be decided by a jury of 300 students between the ages of 18 and 25.

Anişoara is a 15-year old girl from a small village in Moldova, situated in a picturesque valley between rolling hills. Alone with her old grandfather Petru and her little brother Andrei life is calm and archaic. But the four seasons are bringing many changes, and it will be the last year of Anişoara’s childhood in this valley before she takes off into her adult life. 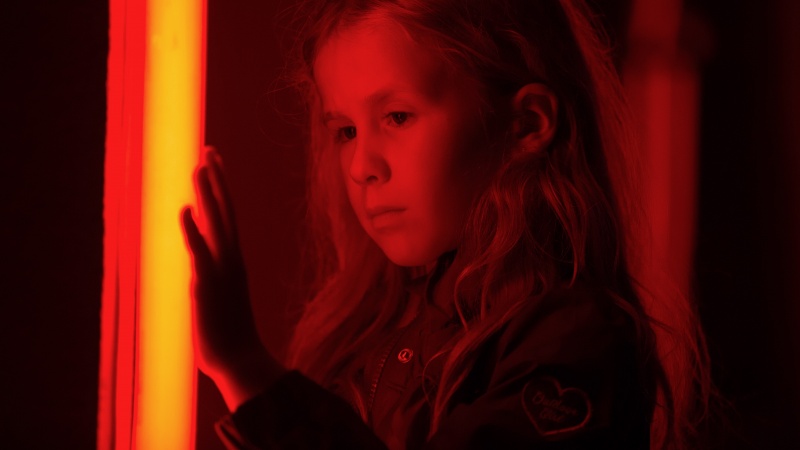 A look at the lives of three generations of women. Monique and her daughter Sylvie run a brothel on the border of West Flanders and France. Eline, Sylvie's six-year-old daughter, is fascinated by the mysterious workplace of her mother and grandmother, but she is never allowed inside. A dramatic event turns their lives upside down and the family ties are put under pressure. 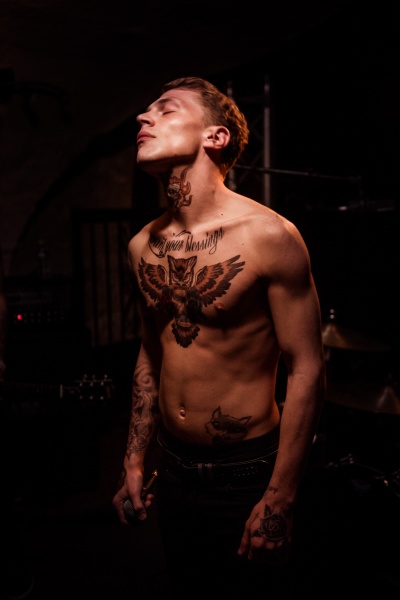 Vincent hasn't lived a third of his life yet, but he's already tattooed half of his body and hoarsened his voice with his post-hardcore band. Since his mother died, he shares his time between a piercer job he's not happy with and a fishmonger father trying to start a new life with a younger woman. And it's driving him insane. 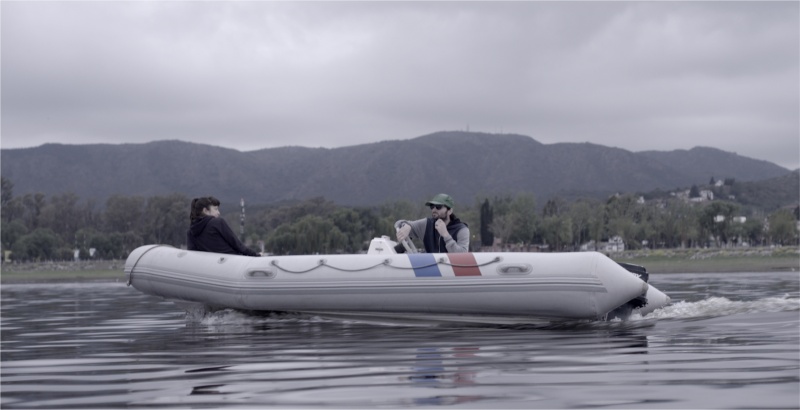 Carla arrives after years of absence to accompany Martina. Relations between them are cold; there's something unspoken between them. Martina slips away for secret meetings with Diego, a man twice her age. The two are involved in a hardcore sex game that's out of control. When Carla discovers the relationship she confronts Diego. 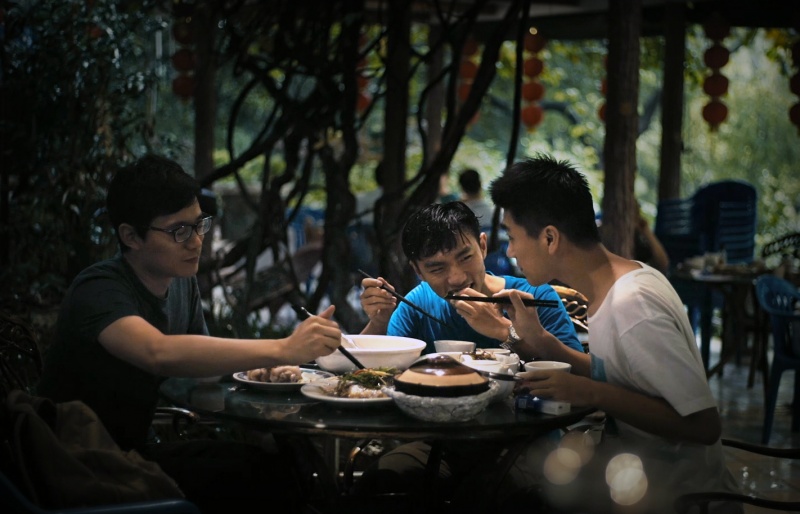 Four young people, one city. For love or ideal, with funny and faint bewilderment. As seasons change, they come into the movie from life, then they come back to their life from the movie. They play themselves in the film, their parts in the film transform their life. An original improvisation in Chinese Cinema, a brand new rendering of city life.

Bar Bahar / In Between / In Between
Maysaloun Hamoud
Country(ies) of production: Israel - France

Salma, Laila and Nur will never fit in. Palestinians with Israeli citizenship, they choose to live a life of freedom in Tel Aviv, away from their home villages. Each is looking for love, but as young Palestinian women they learn that a relationship of their choosing is not easy to fulfil. They have to choose their place, either in the city or in the village. 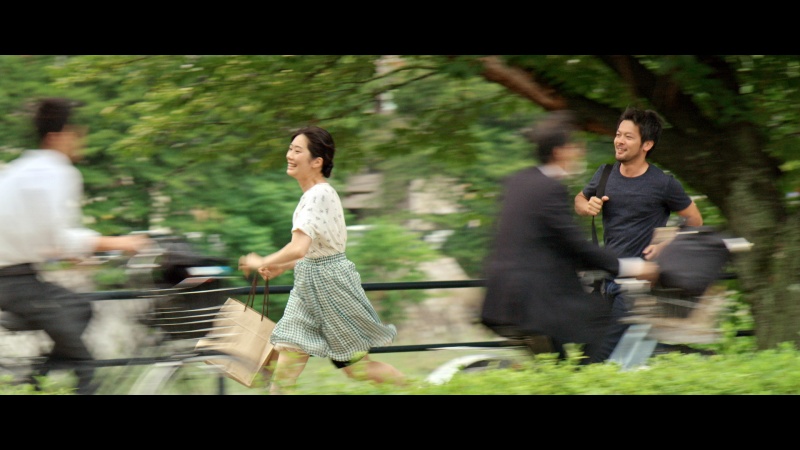 Akihiro, a native japanese filmmaker living in Paris, came to Japan to interview survivors for a documentary celebrating the 70th anniversary of the atomic bombing of Hiroshima. Deeply moved by the interviews, he decided to take a break and wanders through the city during which he meets Michiko, a merry and enigmatic young woman. 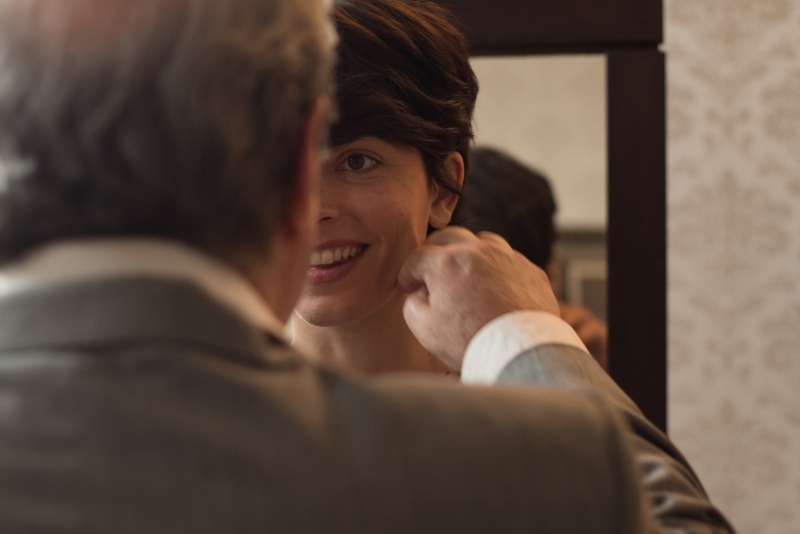 Ever since her mum died, Maria has taken care of her father and her siblings. She's been a rock for the family. That's why her father's announcement of marriage to his nurse brings Maria's world crashing down around her. At the age of 35, she'll have to change her fate. 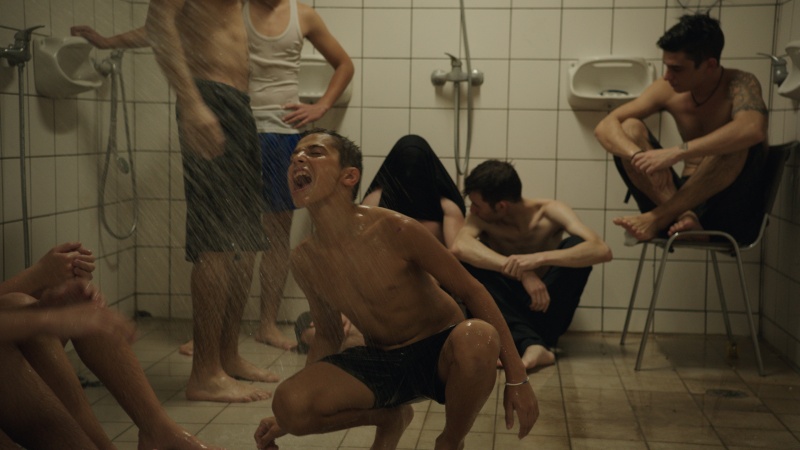 Isolated and abandoned, surrounded by decaying sport venues, the Athens Olympic Village  is today  a near-deserted place, its only residents a few working class families offered free housing following the 2004 Games. Stuck inside the Village, a group of boys wander around the ruins playing distorted versions of Olympic games and organizing dog matings for money. The eldest of the gang, Dimitris(17) along with Anna, a retired athlete of 22, will try to escape the confines of the Village for the seaside Β- class resorts in the outskirts of Athens. During their visits and as they penetrate more and more into the lives of the foreign tourists, Dimitris’ desire for acceptance is tested in brutal ways. 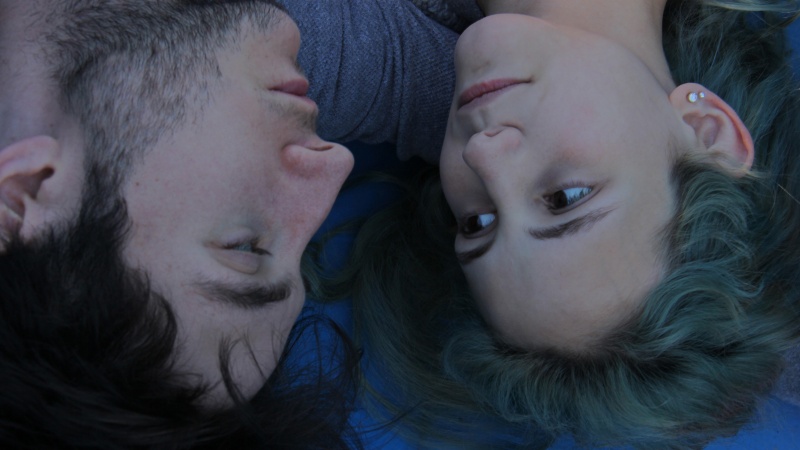 Two brothers return to Pinamar after their mother's death, to say their final goodbye and sell the family apartment. While Pablo wants to finish as fast as possible, Miguel wants to enjoy the visit. This trip helps them rediscover their relationship.

Jake (Anton Yelchin) and Mati (Lucie Lucas) are two outsiders in the northerly Portuguese city of Porto who once experienced a brief connection. A mystery remains about the moments they shared, and in searching through memories, they relive the depths of a night uninhibited by the consequences of time.

Vanatoare / Prowl
Alexandra Balteanu (Romania)
Country(ies) of production: Germany
Lidia grows pigeons and lives a mundane existence with a husband and two children. Denisa wants to buy her freeloading boyfriend a new pair of sneakers. Vanesa dreams of finding the perfect guy with green eyes. All three share a workplace under a bridge. Although they see themselves as regular people, others regard them as unworthy because of their profession, prostitution. One day, they pose resistance together, to the seemingly benign, regular visit, from the district policemen. 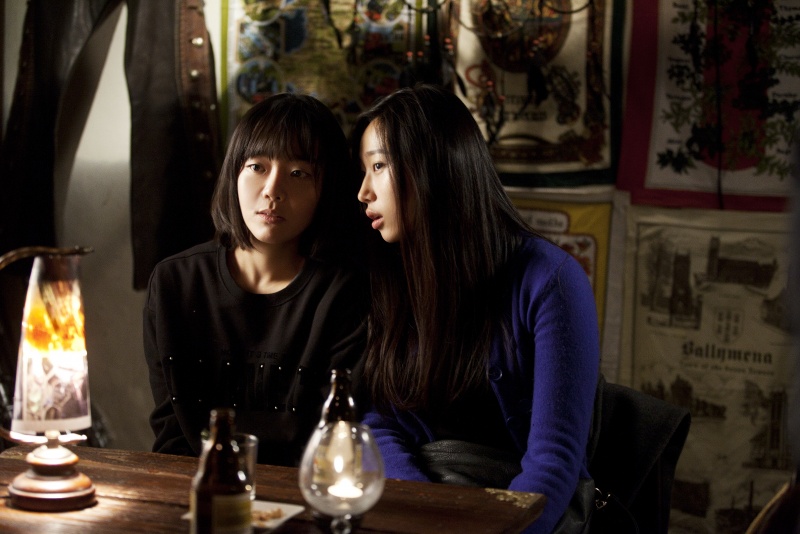 Yoon-ju is a graduate student of fine arts, who works petty part-time jobs to make ends meet and lives at her friend Young-eun's place for a very small rent. Unlike Young-eun who enjoys having no-strings-attached relationships, Yoon-ju is just not into dating. One day, while she is searching materials for her project, she runs into Ji-soo at a junk shop. Watching Ji-soo in an odd place, Yoon-ju finds herself drawn to her. 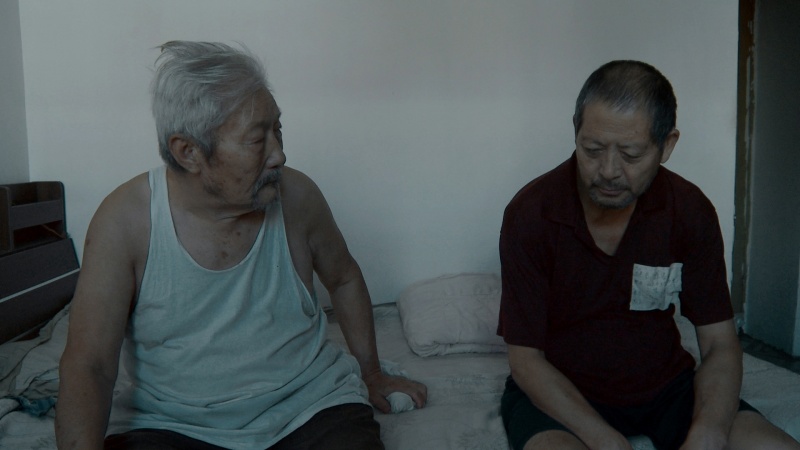 The ninety-year-old Han lives with his sixty-year-old mentally disabled son on the south side of Beijing. While his two daughters covet his apartment and seize his pension, Han's greatest concern is what will happen to his son after his death. On one occasion, Han's son is deserted by his son-in-law in a suburb, who claims he is missing. 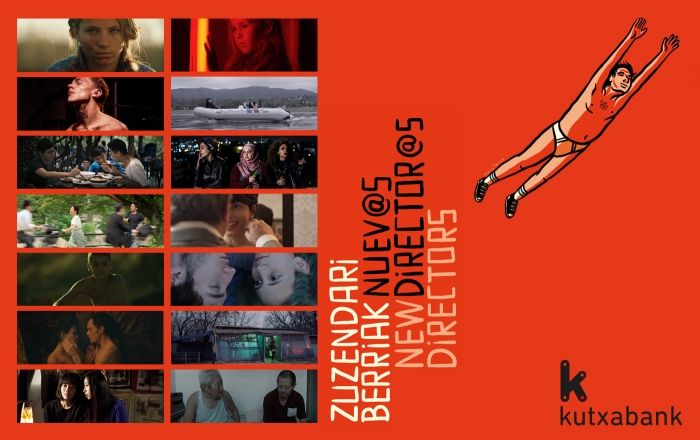 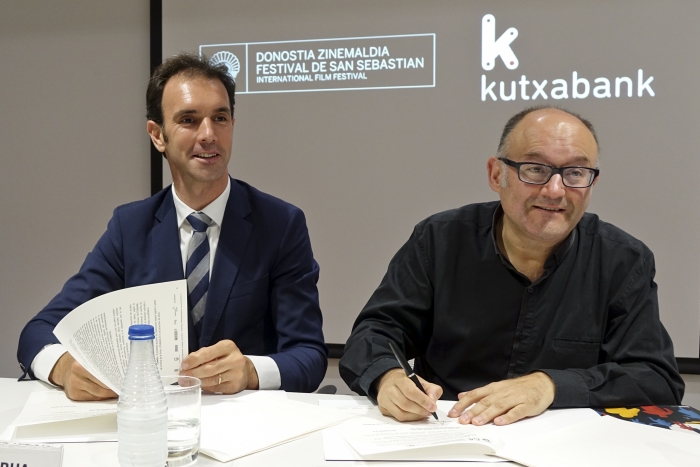 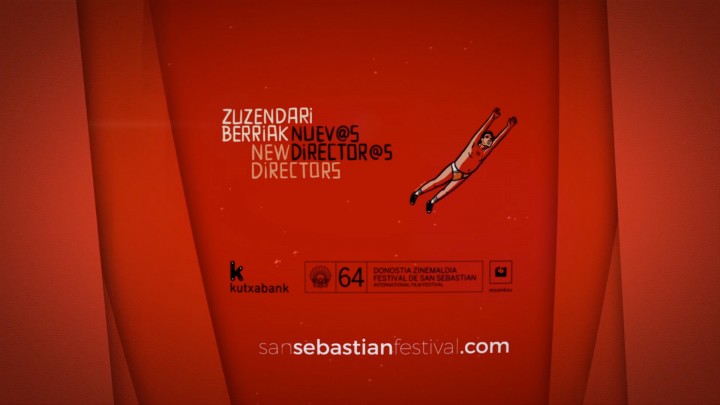