Log-in to My Festival | New user
My Festival
My Invoices
Virtual pressbox
• All films
Log-in details
Contact
CONTENT
You are in: Home > 2017. 65th Edition  > Industry > Newsflash

“James Franco brings us one of the most hilarious performances of the decade, and behind the camera has written a sincere and sophisticated love letter to cinema.”
Víctor Esquirol, EL DIARIO VASCO ESPECIAL

“The script goes beyond mere parody (…) Renowned star James Franco has gifted a spectacular work to all cinephiles. His performance of Wiseau is fantastic, and his direction wonderful.”
Angel Aldarondo, BERRIA

“Shoots for success like an arrow to the bullseye (…) so good it doesn’t need any awards.”
Alberto Moyano, EL DIARIO VASCO ESPECIAL

Life and Nothing More 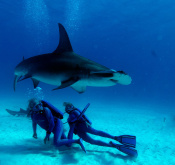 Wonders of the Sea 3D

“A raw exploration of a world rarely seen before in Romanian films.”
Stefan Dobroiu

“Popescu has a knack for staggering multiple lines of tension and conversation in a scene.”
Guy Lodge, VARIETY

“Fantastic movie (…) brimming with cinematographic vitality and aggression. ‘The Price of Success’ excites in every one of its scenes.”
Begoña del Teso, EL DIARIO VASCO ESPECIAL

A Fish Out of Water