You are in: Home > 2019. 67th Edition  > News > Zinemaldia & Technology announces a competition for business projects, now in its second edition

The second edition of Zinemaldia & Technology, organised by the San Sebastian Festival, Tecnalia, Tabakalera and Petronor, has the support of Creative Europe MEDIA and Vicomtech
Monday, May 6th, 2019
Facebook Twitter Email
Send page by email
Print
Send page by email

The second edition of Zinemaldia & Technology, a strategic pledge by the San Sebastian Festival in the endeavour to position itself as a benchmark space for reflecting on technology and the audiovisual industry, will have new partners and contents in 2019. The event, to take place in September during the Festival, will include a competition for new business projects, a master class, and presentations by R&D&I companies.

The Basque Government, through its Department of Economic Development and Infrastructures, promotes the Zinemaldia Startup Challenge, the core initiative of the second edition of this activity, organised by the San Sebastian Festival, Tecnalia, Tabakalera and Petronor, which has the collaboration of Creative Europe MEDIA and of the applied research centre Vicomtech. With Tabakalera, which will participate in the programming through its new audiovisual laboratory 2deo, work continues to extend the activity for over more days.

In its first edition, last September, Zinemaldia & Technology constituted a meeting place for technologists, filmmakers and professionals from the film industry. The event, which opened with a masterclass given by the moviemaker J.A. Bayona, gathered public and private agents who are enabling the integration of technology to the sector.

The call for the submission of new business projects, going by the name of Zinemaldia Startup Challenge, opens today, 6 May, and the deadline for receiving candidatures will end on 15 June. The competition is intended for entrepreneurs and recently created startups –constituted after 31 December 2016– proposing new business projects based on the incorporation of new technologies and aimed at the audiovisual field. Participants must also have a legal residence in a European country as well as the intention to set their business project in motion in the Basque Country.

Those wishing to participate should complete the online form available on the Festival website (www.sansebastianfestival.com). A jury made up of experts from the project partners will select five finalists, who will enjoy the possibility of a year’s access, free of charge, to an incubation space at one of the BICs (Business Innovation Centres) belonging to the Basque Technology Park Network, access to all of the Festival activities and events and payment of their travel and accommodation costs, thereby enabling them to attend the event. The selected projects will be announced in a press release issued at the beginning of August. Finally, in September, and during the Festival itself, an independent jury will select the winning project, which will receive 10,000 euros. Besides, the winner as well as the other four finalists will have the option of access to funding of up to 500,000 euros for the purpose of developing their project. 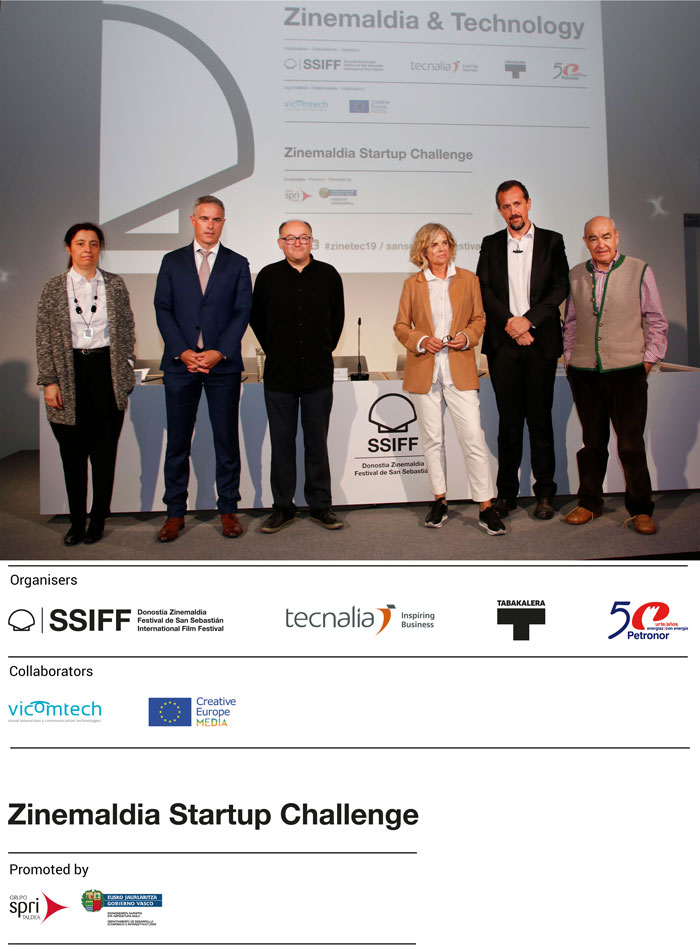