The Canadian director and screenwriter David Cronenberg (Toronto, 1943) will receive a Donostia Award at the 70th edition of the San Sebastian Festival, thereby recognising the career of one of the most unusual filmmakers to come out of the last 50 years with its highest honorary accolade. On 21 September the Victoria Eugenia Theatre will host the award ceremony followed by the screening of Crimes of the Future (2022), the feature film starring Viggo Mortensen, Léa Seydoux and Kristen Stewart which competed at the recent Festival de Cannes.

Master of biological horror, of disturbing atmospheres and of a universe as personal as it is non-transferable, Cronenberg has directed some twenty features including works considered today to be the classics of genres like sci-fi, horror, psychological drama and thriller. He has also written several works for television.

In 2004, the San Sebastian Festival screened Crash (1996) as part of the Incorrect@s retrospective and three years later Cronenberg made what had been until now his one and only visit to San Sebastian to open the Official Selection with Eastern Promises (2007). The Canadian therefore joins the list of moviemakers to have received the Donostia Award, alongside many others including Francis Ford Coppola, Woody Allen, Oliver Stone, Agnès Varda, Hirokazu Koreeda and Costa-Gavras.

The son of a pianist and a writer, David Cronenberg grew up surrounded by books and comics, thus stoking his interest in culture and cinema. Self-taught, his earliest shorts included Transfer (1966) and From the Drain (1967), followed by his first experimental features, Stereo (1969) and Crimes of the Future (1970), a work sharing the same name as his latest movie. Those early works already hinted at the traits of a filmography marked by subjects encompassing disease, violence, sex, the body and scientific experiments.

This latter is ubiquitous in his earlier works, such as Shivers (1975), Rabid (1977) and The Brood (1979), where killer parasites, violent plagues and failed cures for psychopaths rub shoulders. While he also made movies on commission, such as the car-racing Fast Company (1979), the titles that finally earned him solid prestige as an author of the most radical horror genre were Scanners (1981), about a group of people with extraordinary telepathic powers, and Videodrome (1983), one of the pinnacles of New Flesh aesthetics. Having narrated the asphyxiating tale of a scientist who morphs into an insect in The Fly (1986), Cronenberg went on to work with Jeremy Irons as the star of his ensuing two films: Dead Ringers (1988), where the actor doubled up to play a couple of tormented twin gynaecologists, and M. Butterfly (1993), the ambiguous romance between a mysterious opera performer and a French diplomat in the China of the 60s.

Cronenberg has taken to the screen novels by iconic writers including Stephen King —The Dead Zone (1983)—, William Burroughs —The Naked Lunch (1991), perhaps his major cult work— and J.G. Ballard, an author he adapted in Crash (1996), an analysis of sexual arousal in car accident victims, Special Jury Prize winner at the Festival de Cannes. Having approached virtual reality in eXistenZ (1999) and plunged into the depths of mental illness in Spider (2002), the Canadian moviemaker launched a new stage in his films where fantasy was no longer the main ingredient… until now, 20 years down the line, when he brings us the recently premiered Crimes of the Future (2022), a review or compendium of his early obsessions and Donostia Award Screening at San Sebastian Festival's 70th edition.

This movie is his fourth collaboration with actor Viggo Mortensen, with whom he first worked on A History of Violence (2005), a thriller set around a man with a dark past. The other two are Eastern Promises (2007), an immersion in the inferno of London's Russian mafia, and A Dangerous Method (2011), in which Mortensen portrays Sigmund Freud. Crimes of the Future was preceded by Cosmopolis (2012), an adaptation of Don DeLillo's novel, and Maps to the Stars (2014), a biting reflection on fame.

David Cronenberg has also performed as an actor in movies by other directors, such as Nightbreed (1990, Clive Barker), To Die For (1995, Gus Van Sant), Extreme Measures (1996, Michael Apted) and Falling (2020), whose director, Viggo Mortensen, he congratulated by video when the actor was presented with his own Donostia Award at the Kursaal in 2020. Amongst his other accolades are the Order of Canada and having been named Officer of the Order of the Arts and the Letters and Knight of the Legion of Honour in France. In 2014 he published his first novel, Consumed: A Novel. 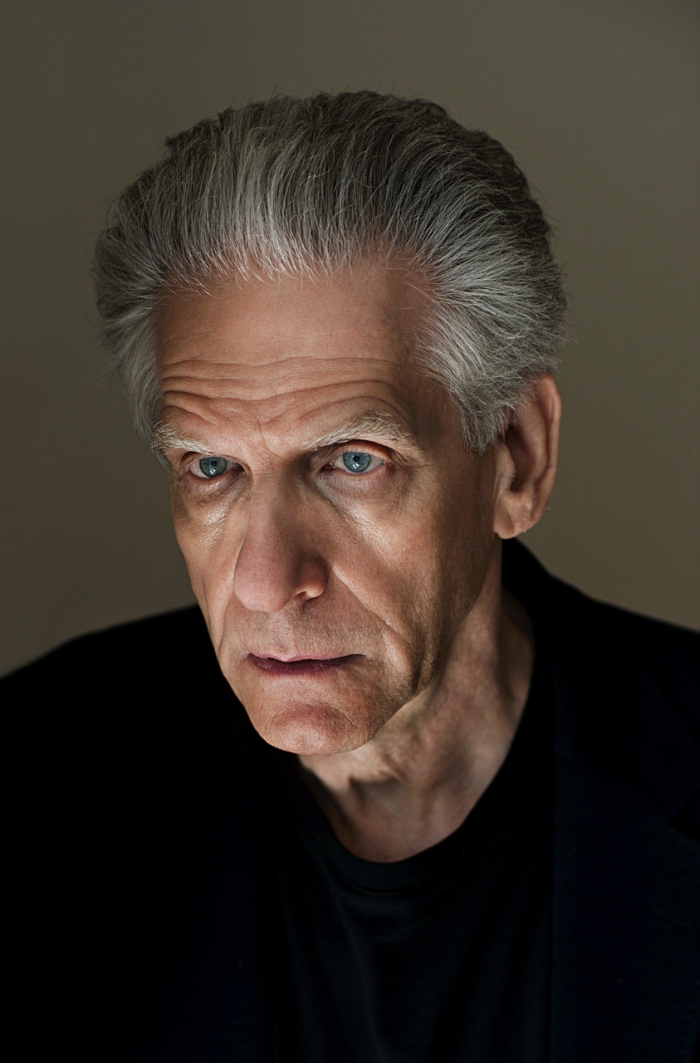