The San Sebastian Festival is now receiving online submissions for the preselection of films wishing to participate in its 70th edition. Submissions are invited for all of the sections making up its programme, with the exception of WIP Latam, WIP Europa and Nest, which will have their own specific calls for submission in June. Films for these sections must NOT therefore be submitted at this time.

As in previous years, during the submission process information will be requested regarding the gender identity of those working in the films in the categories of directing, production, screenplay, editing, cinematography, music and, from this year on, sound.
The deadline for pre-selection submissions is 20 June 2022.

All information on the general terms and conditions of participation, regulations for the different sections and the online form can be found on the Festival website: www.sansebastianfestival.com

Incorporations to the selection committee and to the international delegates network

The critic Desirée de Fez, the journalist Juan G. Andrés and the filmmaker and teacher Ione Hernández join the San Sebastian Festival selection committee. The new members fill the vacancies left by José Ángel Herrero-Velarde, recently deceased, Natalia Marín, who steps down from the committee for personal reasons, and Amaia Serrulla, who will now focus on other Festival projects.

Furthermore, the programmer Annina Wettstein is the Festival's new delegate in Germany, Austria and Switzerland. Wettstein takes over from Christine Dollhofer, who has been appointed head of the Vienna Film Fund.

Film critic, journalist and teacher. With a Degree in Journalism from the Universitat Ramon Llull, Desirée is a columnist with El Periódico de Catalunya and collaborates as a critic with the magazines Fotogramas and Rockdelux, with Catalunya Ràdio's La Finestra Indiscreta and with the TVE programmes Página Dos and Punts de Vista. She teaches at the UOC (Universitat Oberta de Catalunya) and at other film schools and has experience as a fiction screenwriter and script consultant. Member for more than a decade of the team at the Sitges-International Fantastic Film Festival of Catalonia, where she worked on the coordination of books and programme consultancy, she also directs and conducts the podcasts Marea Nocturna (Radio Primavera Sound), specialised in fantastic and horror films, and Reinas del grito (Blackie Books), conversations with women creators of different disciplines around the concept of fear. She has participated in numerous anthology volumes, many published in the framework of the San Sebastian and Sitges festivals, and is author of the books Películas clave del cine de terror moderno, Pantalla Rasgada: Quince conversaciones con cineastas y escritores sobre sueños y cine (written with Jordi Sánchez-Navarro) and several volumes on the filmography of J.A. Bayona. Her most recent publication is Reina del grito, a combination of essay and autofiction in which she explores the fears of women based on her personal relationship with horror movies, a genre in which she specialises.

Holds a Degree in Journalism from the University of the Basque Country (UPV/EHU). Before joining San Sebastian Festival's Communications team in 2019, he worked for Radio Nacional de España, the Vasco Press and France Presse agencies, and the Noticias de Gipuzkoa and El Diario Vasco newspapers. For years his remit with the latter involved producing articles, chronicles and reviews on cultural information and the film and jazz festivals. Specialised in the cinema and music, he has also worked as a photographer and collaborator with publications including Caimán Cuadernos de cine, Rockdelux, Mundo Sonoro, Colección Nosferatu and the San Sebastian Festival daily. In addition to the above, he co-directed and produced the audiofiction series Artxipelagoa (2021) for EiTB, the Basque public radio and television company, and is author of the interview podcast, Estamos dentro.

Holds a Degree in Journalism from the University of the Basque Country (UPV/EHU). She studied Communication at the Université Bordeaux Montaigne and, having worked as a journalist for the La Nación newspaper in Washington, moved to Los Angeles, where she completed her MFA Film Studies at Chapman University. She also took a course in screenwriting at the San Antonio de Los Baños International Film and Television School (Cuba). As a filmmaker she has directed and written several short films and documentaries shown internationally. Her shorts have been selected for Kimuak and Madrid en corto. El palacio de la Luna was named best short film of the year by the Cahiers du Cinema magazine, and her feature-length documentary 1 % Esquizofrenia, produced by Julio Medem, was released in cinemas. For the last five years she has been coordinator and tutor of the Master's Degree in Filmmaking at the EFTI International Photography and Film Centre in Madrid, while also giving workshops for students from deprived areas of Latin America as part of San Sebastian Festival's Gipuzkoa Coopera programme. Her feature film project Hermanas, currently in progress,was a finalist in the Film Academy residencies programme and landed Ventana CineMad's first prize 2021 as best fiction project. She is a member of the Academy of Arts and Cinematographic Sciences of Spain.

Film programmer, born in St. Gallen (Switzerland) in 1977, she lives in Zurich and Berlin. She has worked for several film festivals as a member of the selection committee, curator and head of the programming department. Currently she is a programmer of Rotterdam International Film Festival IFFR, where she supervises the selection of feature films from German speaking and Scandinavian countries (including Finland and Iceland). Further, she's a scientific associate at the film section of the Swiss Federal Office of Culture. From 2018-2021 she has been a member of the selection committee of the International Leipzig Festival for Documentary and Animated Film. She has been a researcher on several movie projects and has sat on the jury of numerous film festivals and of one funding commission. She has a master's degree in Social Anthropology, French Literature and Management from Zurich University and is a member of the Swiss Film Academy. 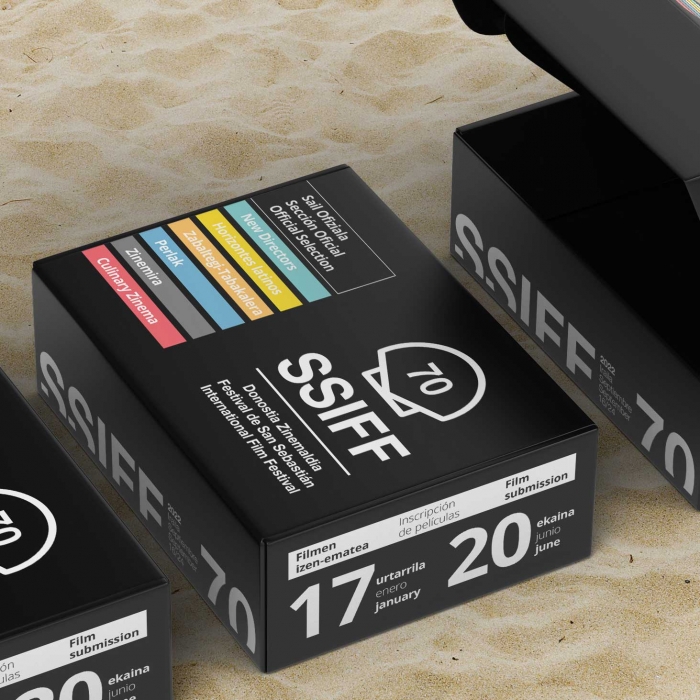