You are in: Home > 2022. 70th Edition  > News > Nest opens tomorrow its call for submissions
Nest opens tomorrow its call for submissions
The international short film competition for film students, now in its 21st edition, returns to its usual format and will be held between 19 and 23 September 2022
The deadline for submissions is July 1
The section will a have a prize of 10,000 euros for the director of the winning film
Tuesday, May 31st, 2022
Facebook Twitter Email
Send page by email
Print
Send page by email

Nest, the competitive section for short films by film students of the San Sebastian Festival will open its call for submissions tomorrow, on Wednesday June 1. Organised by the San Sebastian Festival and Tabakalera International Centre for Contemporary Culture, the purpose of the meeting, now in its 21st edition and to be held between 19 and 23 September 2022, is to present the works of film school students from all over the world.

This year, Nest will return to its pre-pandemic format. Thus, the section will once again run for five days instead of three, will include five master classes and will bring back the social events, which means that more than 60 film students will once again meet in San Sebastian.

At last year’s edition, fourteen short films competed in Nest, seven of them directed by women and seven directed by men. The section received 310 works submitted by 157 schools from 42 countries all over the world.

Each film school can submit a maximum of three short films made in the 12 months leading up to the Festival dates, from which some fifteen are selected to participate in Nest. The Nest Award, coming with 10.000 euros for the director of the winning short, chosen from among all the selected works, will be decided by a jury.

Works can be submitted online from tomorrow, Wednesday June 1. The terms and conditions and other information related to the Nest section can be found on the official Festival website. The deadline for receiving short films is July 1.

Nest is one of the Festival’s most relevant sections, is part of its strategy to promote new talent and celebrated its 20th anniversary last year. Since its creation in 2002, this section has welcomed more than 1.000 young filmmakers, organised 90 masterclasses and conversations with industry professionals (Céline Sciamma, Albertina Carri, Alexander Payne, Bertrand Bonello…) and screened 357 short films. Considered the place where it all starts, Nest has selected works by filmmakers such us Jerónimo Quevedo, Kiro Russo, Oren Gerner, Isabel Lamberti, Léa Mysius, Laura Wandel o Grigory Kolomytsev, who have later gone on to present their films both at the San Sebastian Festival and at other festivals on the international circuit. 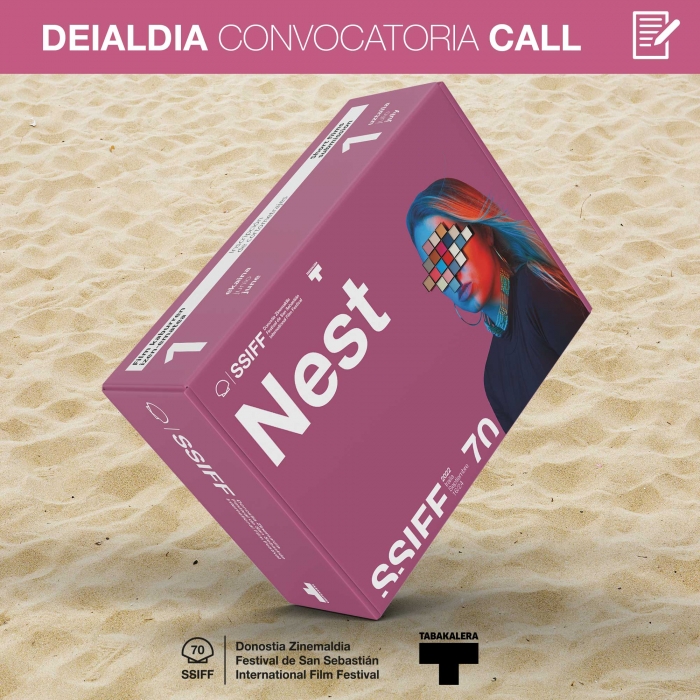