Spanish Screenings has chosen Ventana Sur, Latin America’s leading audiovisual market co-organised by the INCAA and the Marché du Film-Festival de Cannes, to present the first edition of On Tour to the international audiovisual industry. This will represent a remarkable increase in Spanish presence at the Buenos Aires’ Latin America audiovisual gathering, both with respect to the number of professionals making up the delegation and to the quantity and quality of the Spanish projects to be presented in its different sections.

Animation!, Blood Window and SoloSerie S, will host a specific space for the official presentation of projects in development of new Spanish productions, including feature films, series, fiction, animation and fantastic and horror movies. The same will apply to the Punto Género section, where full-length film projects in development directed by women and non-binary people will be promoted.

The calls for submissions for these showcases and for the selection of contents for the Spanish Screenings On Tour at Ventana Sur 2022 open on August 4 and are as follows:

- General call for submissions for Spanish Screenings On Tour , for content that is either completed or at the post-production stage and works in progress, one of the areas holding greatest relevance in the project, associated to the premises of Spanish Screenings Content and which seeks to give access to the diversity of Spanish works to international buyers accredited at Ventana Sur. The call is open to submissions focused on the international promotion of Works in Progress (WiPs) and on encouraging the purchase of the rights of Spanish films with a view to producing remakes in other territories. Within this call the accent is also placed on the possibility of presenting as Market Premieres the most recent films setting out here on their international circuit of film and audiovisual markets. The call for submissions will remain open until October 10.

The selection of participating projects will be made by representatives of Spanish Screenings On Tour and the heads of different sections at Ventana Sur.

In addition, the On Tour edition of the Spanish Screenings at Ventana Sur will include the organisation at the market of a wide variety of activities including networking meetings with key agents from the international industry, working breakfasts, a specific event to encourage the remake of Spanish films, market screenings, case studies, and other promotional activities in different formats, all with the aim of generating new opportunities for the Spanish audiovisual industry. New formulas for a constantly changing audiovisual panorama dedicated to stimulating, creating new industrial fabric and placing the emphasis on the promotion of emerging talent.

At the end of the day, the initiative consists of creating an audiovisual market of Spanish production contents in order to foster the exchange and generation of new projects in a context of interaction and business, thus helping to strengthen the value chain of the Spanish audiovisual industry.

‘Spanish Screenings XXL. An international market for Spanish audiovisual production’ is part of the Recovery, Transformation and Resilience Plan (RTRP) to boost Spain’s role as a European audiovisual hub and is promoted by the Ministry of Culture and Sport through the ICAA and the Ministry of Economic Affairs and Digital Transformation through ICEX.

This programme to internationalise the Spanish audiovisual sector receives a new boost in 2022-2023, with greater content diversity and volume of activities for the purposes of adapting to the new challenges of the audiovisual industry. 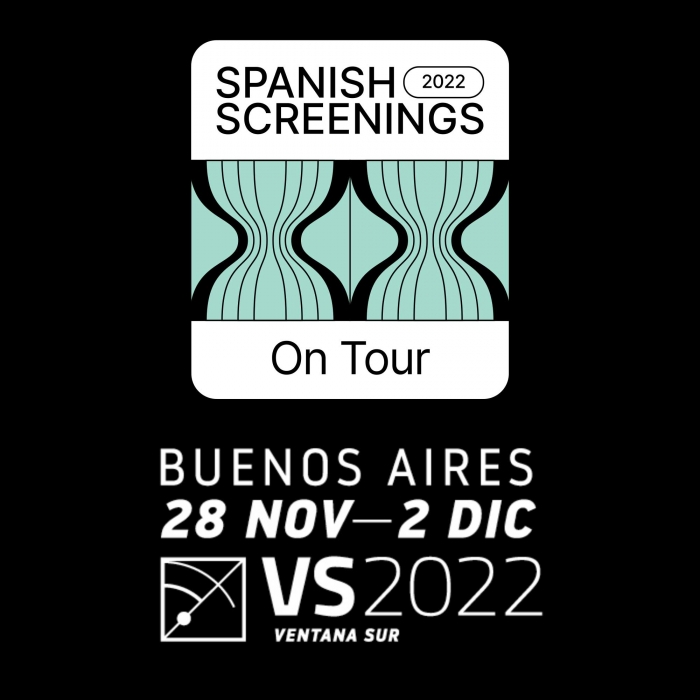