For the fourth year running, TCM will sponsor the Youth Award at the coming edition of the San Sebastian Festival, to take place from September 16-24.

The jury deciding the award is made up of 150 young people, between the ages of 18 and 25, who will watch and award points to each film after its screening. The qualifications and ranking of favourites is updated daily and can be followed in the Festival’s official media.

The movies competing for the TCM Youth Award are all those screening in the New Directors section and the first or second features by filmmakers presenting their works in Horizontes Latinos. There are almost thirty contenders, meaning that the members of the jury undertake to watch an average of three movies every day.

The award will be presented on Saturday September 24, with the presence of Marta Alonso, head of TCM in Spain, together with a celebrity from the movie world and a member of the youth jury to be announced while the Festival is underway. “We at TCM are thrilled to continue our collaboration with the San Sebastian Festival, a festival we admire and that we always follow closely. One of our core missions is to bring the greatest movie classics of all time to all audiences; but we are especially excited to do so with the new generations of young people who discover some films for the first time. That’s why we are delighted to sponsor the Youth Award yet another year. We hope that the 150 people making up the youth jury enjoy the experience as much as we do”.

TCM has been sponsoring the Youth Award since 2019. Up and running in Spain for more than two decades, the TV channel has close ties with the San Sebastian Festival. For several editions it sponsored the Audience Award, special seasons and the Zinemaldia Get-togethers.

TCM presents a selection of the greatest movie classics of all time, from the big Hollywood studio productions to the most exciting independent films. TCM offers its movies in programming specials screened with interviews and production pieces helping to set the context, both on the channel and in its on-demand services. Up and running for more than two decades, the TCM brand has close ties with the San Sebastian Festival and with a variety of national and international cinematic events.

TCM Now is the TCM TV brand’s video on-demand service, available on Movistar Plus +. Under the TCM Now label, viewers will find many of the greatest movie classics of all time, and the complete catalogue of TCM’s own production content made up of award-winning documentaries on movie themes ( A Forbidden Orange, The Last Farewell of Bette Davis, 2001 Sparks in the Dark, Nostromo: David Lean’s Impossible Dream…), reports, programmes and interviews with important figures from the world of the cinema and culture. 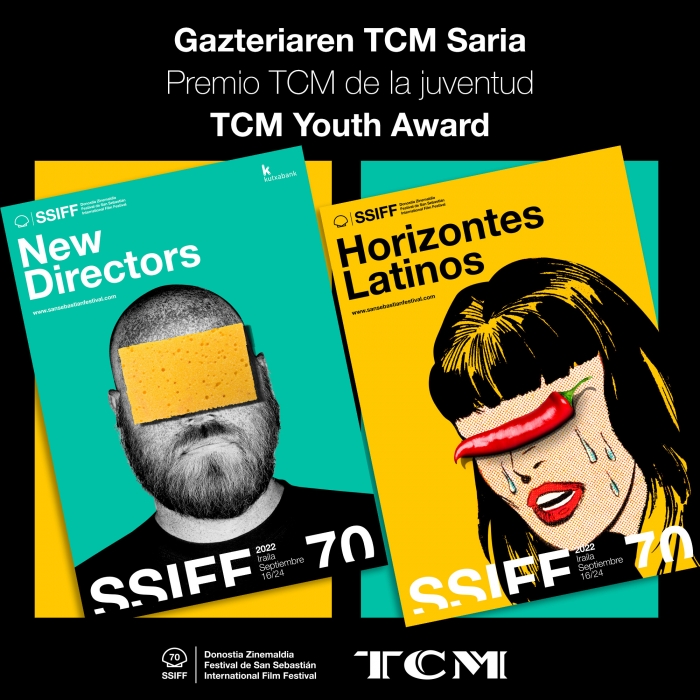