Anekumen , the project directed by Irati Gorostidi and produced by Claudia Salcedo at Apellaniz y de Sosa, is the third and last title selected to participate in the Start Me Up programme. Linked with endeavours to boost the audiovisual industry, this new initiative from the Escuela de Cinematografía y del Audiovisual de la Comunidad de Madrid (ECAM) is an international development programme attached to La Incubadora and has been created together with other forums and laboratories including the Short Film Corner’s Focus COPRO’ | Rendez-vous Industry, organised by the Festival de Cannes; Ikusmira Berriak, the residencies programme co-organised by the San Sebastian Festival, Tabakalera-International Centre for Contemporary Culture and the Elías Querejeta Zine Eskola (EQZE), and the Malaga Festival.

The project, which is participating in Ikusmira Berriak 2022, has been selected by the teams of La Incubadora, in collaboration with Cecilia Barrionuevo, and of Ikusmira Berriak. “We are particularly thrilled at being able to help a director we admire to develop her first feature film and to continue getting to grips with a cinema that is militant, personal and strives to explore different ways of narrating and producing”, said Rafa Alberola, head of ECAM Industria.

The initiative, to run from 20-25 November in Madrid, will concentrate on underpinning these projects and providing them with the necessary production and marketing tools to enhance their development and funding stage.

Donostia-San Sebastian, 1978. A group of libertarian militants gather to print a statement in view of the imminent signing of a controversial collective bargaining agreement. At the factory where they work, it is obvious that the growing unionisation of the workers’ movement has driven their radical political project to irrelevance. Disillusioned, they progressively direct their revolutionary endeavours towards the most intimate areas of their lives. The most radical among them decide to leave the factory and join a free-thinking commune in the mountains of Navarre.

"Anekumen focusses on the move of revolutionary principles to the most private areas of life. Set in the time when workers’ autonomy was developing in the 70s, it explores their hostility towards the assembly processes and fragmentation of the workers’ movement, observing one of the most typical reactions to political deception: the search for a reduced and isolated model of society in which to be able to put their political ideals into practice, taking a deeper look at the complex contradictions involved in that road.".

This ECAM initiative is born as a collaborative networking agreement between several initiatives, both national and international, to develop audiovisual projects, such as the Short Film Corner’s Focus COPRO’ | Rendez-vous Industry, organised by the Festival de Cannes; Ikusmira Berriak, the residencies programme co-organised by the San Sebastian Festival, Tabakalera-International Centre for Contemporary Culture and the Elías Querejeta Zine Eskola (EQZE), and the Malaga Festival. The initiative will be custom designed for the participating projects with the aim of lending them support in the shape of production and marketing knowledge and tools.

The ECAM (Madrid Film School) is a non-profit cultural foundation created for the purposes of training the coming generations of the audiovisual sector and promoting cultural activities associated to the industry. Its greatest assets are its students (past and present), its teachers, industry professionals, and its team. 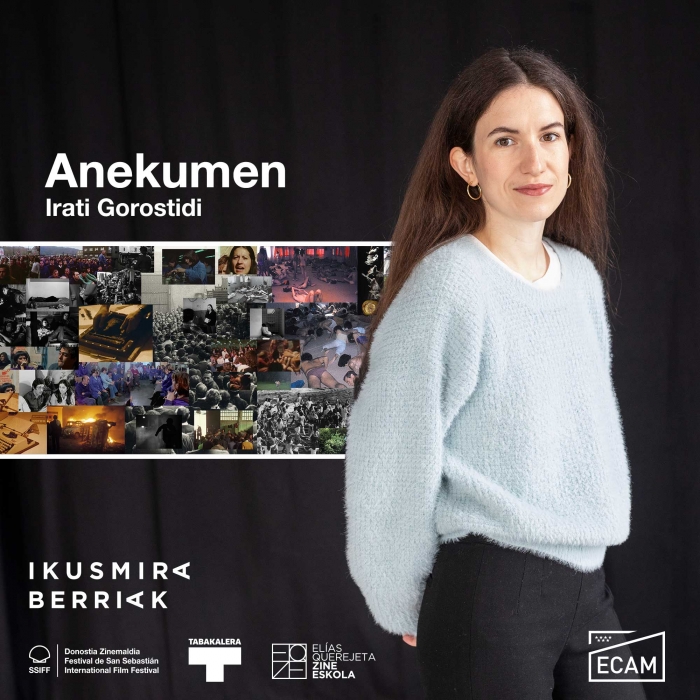