You are in: Home > 2022. 70th Edition  > News > The Spanish film industry, through Spanish Screenings On Tour, receives an excellent welcome at Ventana Sur

Friday, 2 December, saw the end of the first edition of Spanish Screenings On Tour, which took place in Buenos Aires in the framework of Ventana Sur, Latin America’s biggest audiovisual market, where it received an excellent welcome from the international audiovisual industry. More than 1,300 professionals from 30 countries participated in the activities of an initiative enabling the more than 100 people making up the Spanish delegation visiting the event to expand their contact network and generate new business opportunities.  The Spanish Screenings Lounge provided the meeting point for the Spanish and international industries.

Spanish Screenings On Tour took productions to all sections of the Buenos Aires market, with an unprecedented presence of Spanish talent. With the slogan ‘Spanish Audiovisual: Talent and Future’, Spanish Screenings On Tour promoted a series of activities and professional meetings while offering 16 hours of content focused on our talent. The Anímate, Perspectives, Series and Remakes breakfasts and the round tables and conferences on new talents and digital creation in recording had high attendance numbers, while the co-production meeting with Argentina and Uruguay was one of the most popular activities. The pitches by the 21 Spanish projects in the different sections of Ventana Sur also awakened the interest of potential international partners.

Also presented during the event was Spanish Screenings Content, the next landmark of Spanish Screenings XXL, to take place at the Malaga Festival from 13-16 March 2023. The meeting will propose new content including a specific series showcase and a programme highlighting equality and the work of women professionals in the audiovisual world, in line with the path opened by Spanish Screenings On Tour, added to the expansion of already-existing activities, such as Music Scorecom, Remake Day and Book Showcase. Animation will have its own programme; and brought by ICEX, The Malaga Short Film Corner will be created, a videogame and virtual reality activity will be organised and delegations from South Korea, Singapore and Japan will be invited.

Ventana Sur provided the backdrop for the filming of a new episode of ‘Spanish Screenings 360. The Podcast’ on first films and international distribution, making the most of the present of new Spanish Talent in Spanish Screenings On Tour.

In addition, five works in progress, 18 completed films and 42 productions seeking remake agreements were available for viewing in the Video Library at Ventana Sur. Twenty-one recent productions were screened to an audience of international buyers. The latest movies from Álex de la Iglesia (El cuarto pasajero / Four’s a Crowd), Álex Murrull and Dani de la Orden (42 segundos) and Carlos Saura (Las paredes hablan / Walls Can Talk), not previously screened at international markets, were presented by the Spanish sales companies and had their market premieres.

Finally, Games from Spain, supported by ICEX España Exportación e Inversiones, participated in the Maquinitas section, where a selection of videogame projects were presented. The presence of this discipline was reinforced with three panels and three masterclasses and with the Videogame Screenings of Games from Spain, with more than 70 screenings.

The Spanish Screenings team is now working on the On Tour edition 2023. The international territory chosen to hold it will be announced in the coming months.

Spanish Screenings XXL is an initiative promoted under the European Funds of the Recovery, Transformation and Resilience Plan (PRTR), which has the goal to strengthen Spain’s role as a European audiovisual hub. Thus, together with the Ministry of Culture and Sport through the ICAA and the Ministry of Economic Affairs and Digital Transformation through ICEX, the Malaga and San Sebastian Festivals, this event took on a new format in 2022 to become ‘Spanish Screenings XXL, an international market for Spanish audiovisual production’.

This programme to increase the international reach of Spanish audiovisuals receives a new boost in 2022-2023, with a wider diversity of contents and volume of activities for adapting to the new challenges of the audiovisual industry. 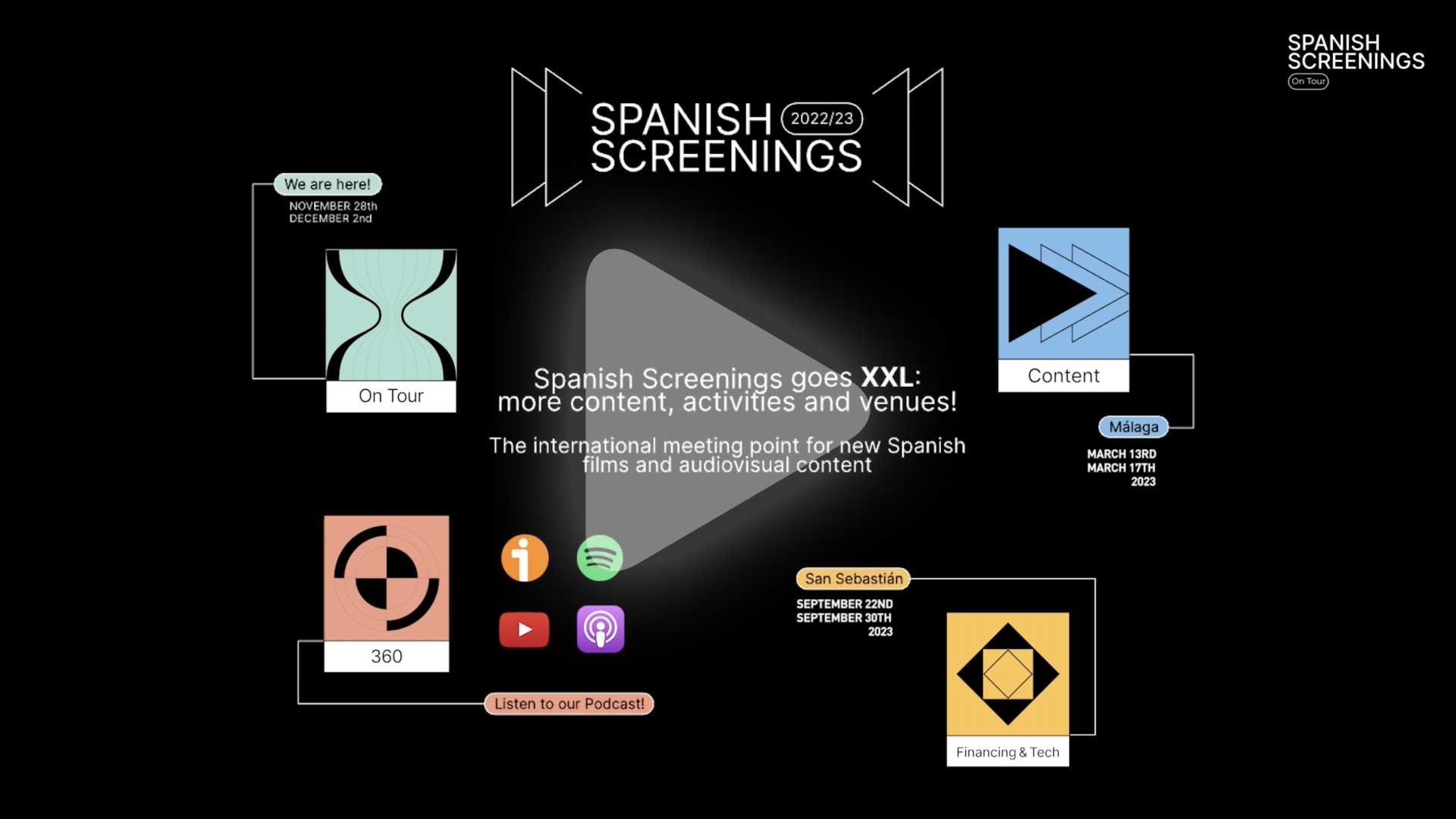 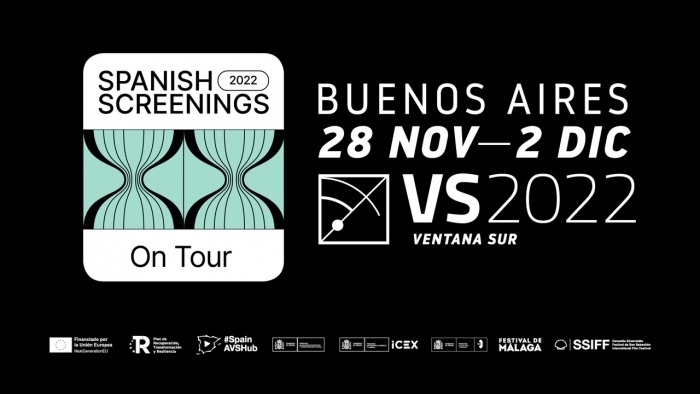