You are in: Home > 2022. 70th Edition  > News > The Festival beats its own record of accredited persons with more than 4,500 professionals

The San Sebastian Festival was able to celebrate its 70th anniversary in pre-pandemic mode: packed cinemas, the return to much-loved venues such as the Velodrome and the visit of filmmakers and professionals from all over the world. Spectator numbers made it to 152,739; 58% more than in 2021 and 15% less than in 2019. However, given that in 2022 the Festival programmed 10% fewer showings, the proportional reduction translates into a 5% drop in spectators compared to 2019. The number of accredited persons was higher than the edition held immediately before the pandemic. San Sebastian was visited by 4,587 journalists, film critics and industry professionals, alongside representatives of cultural and academic institutions, i.e. 6% more than in 2019 and 25% more than last year.

These and other data can be found in the Festival’s annual report published today together with the gender identity report for the 70th edition, for the first time including the professional category of sound. Generally speaking, the statistics of participation by gender have experienced no significant evolution since the report was first drawn up in 2019, and the ratio of one-third authorship by women and two-thirds by men remains in place in the different professional categories and sections. This said, some figures do seem to point towards new trends. In the New Directors section women cinematographers, whose presence both in films viewed and in those finally selected, generally stands at between 15% and 20%, now rises to 33%, and in Horizontes Latinos, to 31%. Added to this, for the first time since we started compiling this report, there is parity in the Basque productions selected with respect to directing, screenplay, editing and production.

As far as content is concerned, at its 70th edition the Festival looked both into the past and towards the future. To celebrate its anniversary it ran a Nosferatu film season; published two books; organised the exhibition Imagine a Film Festival, with the backing of the San Sebastian City Council and the Provincial Council of Gipuzkoa, visited by more than 30,000 people; commissioned a new theme tune; and completed the first phase of the research project Zinemaldia 70: all possible stories, with the launch of the Artxiboa website enabling the consultation of documents and images related to the Festival’s seven decades.

The 70th edition also featured a key activity, organised with the Ministry of Culture through the ICAA, the Ministry of Foreign Affairs and Digital Transformation through the ICEX and the Malaga Festival: Spanish Screenings XXL. At San Sebastian, this activity took the shape of ‘Financing & Tech’: a meeting between creative investors and Spanish production companies, together with an extension of the competition for technology entrepreneurs, the Zinemaldia Startup Challenge, which continued to enjoy the long-standing collaboration of the Basque Government. The Festival therefore took yet another step forward in its commitment to the film industry, with the presence of leading international investors, and precisely thanks to this meeting, scheduled to take place yet again at next year’s edition, to place emphasis on one of its strategic policies by serving as a vehicle for contact between those investors and new talents.


Report on gender identity at the San Sebastian Festival 2022

The results of the Festival’s determination to discover and support new talent were especially visible this edition. For the first time, two projects from its residencies programme, Ikusmira Berriak, competed in the Official Selection: Pornomelancolía, by Manuel Abramovich, winner of the Jury Prize for Best Cinematography, and Suro, by Mikel Gurrea, recipient of the FIPRESCI Prize and the Irizar Basque Film Award, which has just been nominated for the Best New Director and Best Leading Actress (Vicky Luengo) Goya awards. Also coming from Ikusmira Berriak are El agua / The Water, by Elena López Riera, a participant in Zabaltegi-Tabakalera following its premiere at the Quinzaine des Réalisateurs in Cannes, and All Dirt Roads Taste of Salt, by the filmmaker Raven Jackson, recently selected for the U.S. Dramatic Competition section of the coming Sundance Festival. 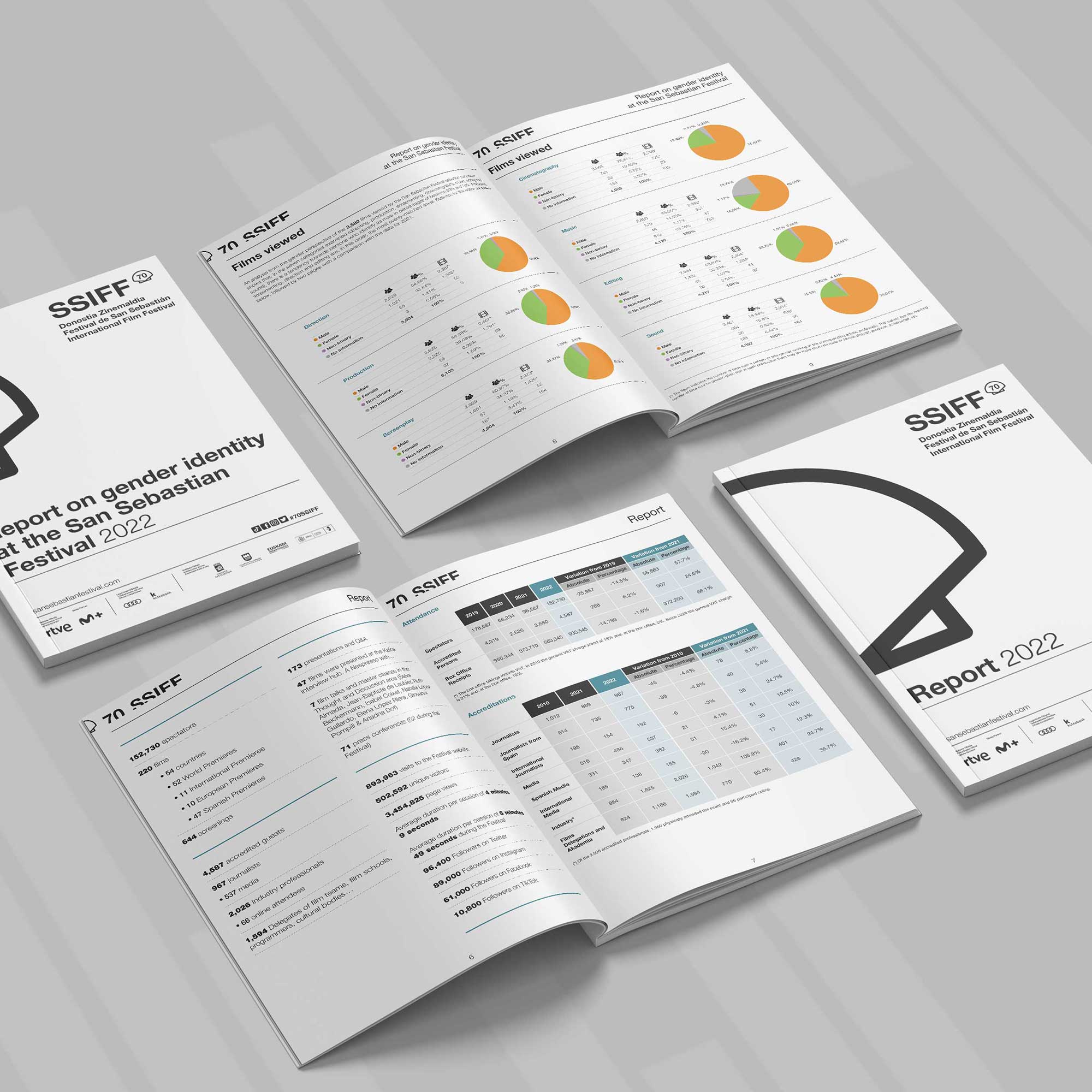