You are in: Home > 2022. 70th Edition  > News > French noir movies, Ruth Beckermann and new Zinemaldia + Plus and Cinema and Science seasons join in the opening of Tabakalera cinema in 2023

Archive
2022. 70th Edition - 16-24 September
A Graphic Look
Donostia Award
Awards
Jury Members
Sections and films
Posters
Festival Diary
Photo day by day
Activities report
French noir movies, Ruth Beckermann and new Zinemaldia + Plus and Cinema and Science seasons join in the opening of Tabakalera cinema in 2023
For the first time, the centre’s film programme has been designed in coordination with the city’s calendar of film festivals
The offer for 2023 will place particular emphasis on the goal of sharing with the locals and highlighting creative processes through meetings with filmmakers
The pass and individual tickets for screenings in 2023 will be available from 20 December from the Tabakalera website and from its Information Point
Friday, December 16th, 2022
Facebook Twitter Email
Send page by email
Print
Send page by email

Tabakalera presents the new film season for 2023, to start on 13 January with a programme drawn up by the bodies who curate the movies to run on Tabakalera’s shared screen: Donostia Kultura, the San Sebastian Festival, the Filmoteca Vasca, the Elías Querejeta Zine Eskola and Tabakalera.

One of this year’s major new features is the endeavour of the programming institutions to design a more sustainable programme taking account of the calendar of film festivals running throughout the year in San Sebastian.

The Tabakalera programme has therefore been drawn up in coordination with the Horror and Fantasy Film Festival, the Dock of the Bay Music Documentary Film Festival, the Human Rights Film Festival and the Crossover Series Festival, and will also take account of the films screened at festivals in the city. The aim is to ensure that local movie buffs can enjoy the variety of cinema-related proposals running in San Sebastian without having to miss out on any of them.

The year kicks off with Cinema and Science

The sixth edition of the Cinema and Science season organised by the Filmoteca Vasca, the Donostia International Physics Center and the San Sebastian Festival will start on 13 January and run until March 2023, screening ten titles to be announced in January.

From April to June we will repeat the hugely enjoyable experience started last year with the Institut Lumière in Lyon, running the second edition of the Lumière Sessions.

With the arrival of the summer, jazz takes over the three Basque territories. The Filmoteca Vasca joins the three festival gatherings on the Basque scene to organise the sixth edition of Jazzinema in July.

To end the year, in the last three months the programme will feature female Basque filmmakers. Thus, the Cineastas vascas III season will display the talent of the female Basque moviemakers to have made at least one feature film in their lifetime.

The season dedicated to French film noir, also known as polar movies, organised by Donostia Kultura and the Filmoteca Vasca, with the collaboration of Tabakalera and the Institut Valencià de Cultura – Filmoteca de la Generalitat Valenciana, will run from 18 January to December 2023.

The coming twelve months will see the screening of a selection of some 30 noir movies from the history of French cinema.

The first showing will feature the first of the five movies dedicated by Louis Feuillade to the Emperor of Crime: Fantômas: À l’ombre de la guillotine (Fantômas: In the Shadow of the Guillotine, 1913), and the medium-length cult film Ménilmontant (1926), directed by Dimitri Kirsanoff.

Legendary criminals like the already-mentioned Fantômas, created by Marcel Allain and Pierre Souvestre; reputed private eyes such as commissaire Maigret and FBI agent Lemmy Caution, penned respectively by Georges Simenon and Peter Cheney; and the first movie adaptation of James M. Cain’s classic The Postman Always Rings Twice. All this and much more on the Tabakalera screen from January to March in this season running until the month of December.

From January to June, spectators will be able to enjoy the complete filmography of Austrian director Ruth Beckermann, starting with her first feature film in 1977, Arena Squatted, and ending with her latest movie, Mutzenbacher, premiered and awarded at the Berlinale and screened as part of the Zabaltegi-Tabakalera section at the San Sebastian Festival. A total of 14 showings to discover the work of this filmmaker whose most prominent trait lies in her endeavour to find and use a different form for each film, bringing us her inquisitive approach to moviemaking. And in May the director visit us to talk about her creative process.

Bridging the gap between the audience and filmmakers

In 2023, the Tabakalera programme will continue working to create closer ties between the cinema and art, dedicating part of its screenings to the exhibition: Evil Eye. The parallel history of optics and ballistics, scheduled to open in the exhibition gallery in late January.

Another goal of the Tabakalera film unit is to help bridge the gap between filmmakers and spectators thanks to projects such as Talking Cinema, the proposal of a meeting place at the cinema where directors can talk about the process of creating their films. In 2023 the Tabakalera cinema will receive the visits of Maria Elorza, Paul Urkijo and Ruth Beckermann herself.

Also scheduled to continue are the Feminist Cinema’s Stories season similarly programmed at the Artium Museum, curated by the women directors belonging to the Noka 2022 programme. A new edition will also be programmed of Original Soundtrack, a project designed to reach out to new audiences. The first screening will take place in March, with the film No Country for Old Men, by Ethan and Joel Coen, featuring music by the group Kokoshca. New editions of films for all the family will also continue with Kameleoiak Gara!, Permanent History of Cinema and the Contemporary Cinema season.


Third year of the Festival all year round: Zinemaldia + Plus

For the third consecutive year, the San Sebastian Festival will programme a monthly session on the shared screen through the Zinemaldia + Plus season, highlighting the work of filmmakers with some kind of a connection to the event or to its programmes of support for emerging creators. Zinemaldia + Plus is part of Z365, a programme reflecting San Sebastian’s essence as a festival, which is no longer limited to the nine days of the event, but continues throughout the year with a variety of screenings and proposals.

The first session, in January, will screen the winning works of Nest, the international competition for shorts by film students: Montaña azul / Blue Mountain, by the Colombians Sofía Salinas and David Bohórquez, and the Jury Special Mention winner Anabase, from the French director, Benjamin Goubet. The programme also includes the audiovisual work commissioned to a filmmaker each year to reflect the event and its spirit of meeting and community. This year, the piece was made by Hikaru Uwagawa, Filmmaking student at the Elías Querejeta Zine Eskola and future Ikusmira Berriak resident with his project Ulysses.

February will see the screening of Pilar Palomero’s film Las niñas / Schoolgirl as part of the Filmmakers’ Dialogues programme co-organised by the Koldo Mitxelena Kulturenea, the Elías Querejeta Zine Eskola and the San Sebastian Festival. The audience attending this screening will have the opportunity to watch the director’s work prior to La maternal, with which Carla Quílez won this year’s Silver Shell ex-aequo for Best Leading Performance. This will be followed by the conversation between Palomero and the editor Sofía Escudé at the Koldo Mitxelena Kulturenea on 16 February.

March will offer the previous works of the residents of the Ikusmira Berriak programme co-organised by the San Sebastian Festival, Tabakalera and the Elías Querejeta Zine Eskola in 2023. The aim of this event is to give the attendees a better idea of the resident filmmakers’ creative universe (Sameh Alaa, María Alché, Maddi Barber, Naomi Pacifique, David Pérez Sañudo and the aforementioned Hikaru Uwagawa) as well as the opportunity to participate in a conversation on their films.

Another of the new features on next year’s programme stems from the work of students at the Elías Querejeta Zine Eskola. Curatorship students from the 2022-2023 year are currently working to define a public programme to run on the week starting 17 April. This changes the timeline of the seasons organised by students at the centre (Eskolatik, Kamera armatu / A(r)mar la cámara...), which had run annually until now.


Pass and individual tickets for 2023

Despite the general price rises, in 2023 Tabakalera’s shared screen will maintain the price of both its tickets and its yearly pass. Individual tickets will therefore continue to cost 4 euros, to which the usual discounts (DK txartela, TBK txartela…) will apply.

The Tabakalera film pass will also continue to offer the same conditions, meaning that users will have the right for the price of €120 to watch 40 films from among all those programmed by the partner institutions of the shared screen during 2023: Donostia Kultura, the Filmoteca Vasca, the Elías Querejeta Zine Eskola, the San Sebastian Festival and Tabakalera. The pass does not include the films programmed during the 2023 San Sebastian Festival.

Yet another year, those purchasing the pass will receive one of the two above-mentioned publications:  El polar francés 1933-1982, no. 19 in the Colección Nosferatu, and Zinema festa bat da, by Katixa Agirre, a fictional book about a meeting of Donostia Award-winnners accompanying the Zinemaldia 70 season.

The pass can be purchased from 20 December 2022 at 12:00 midday, until 31 January 2023 at 12:00 from both the Tabakalera website and from its Information Point. Individual tickets for the screenings in January and February can also be purchased from the same date and time.

The pass must be used between 1 January 2023 and 31 December 2023 (both inclusive) to acquire tickets on the programme for the year. All actions related to the pass can be carried out both on the Tabakalera website and at its Information Point: purchase of the pass, sending it as a gift to another person, purchase of films tickets using the pass discount or checking your balance on the pass.

All of the information related to the 2023 film pass and the screenings scheduled for the month of January will be available on the Tabakalera website. 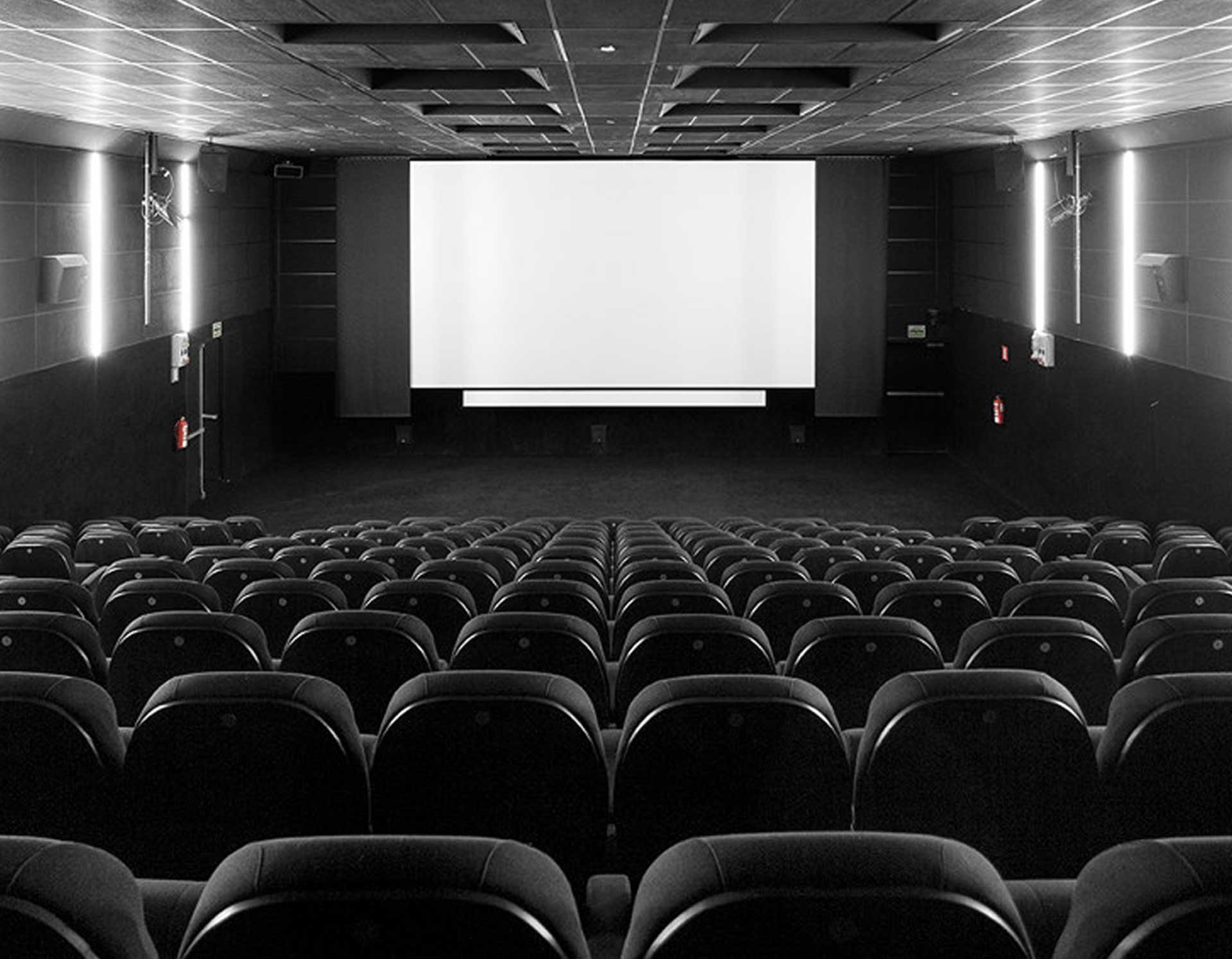 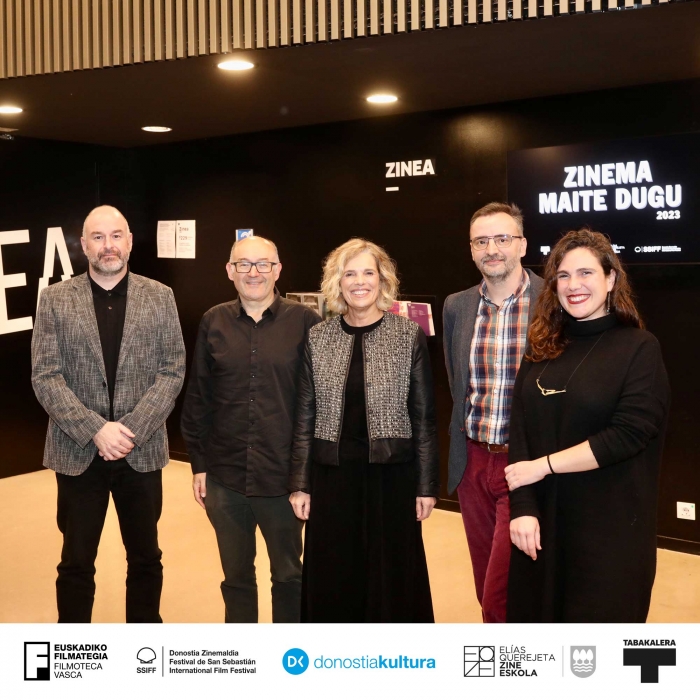