The 70th edition will launch a new collection of books published in collaboration with the Filmoteca Vasca; the first in the series will focus on the French moviemaker

San Sebastian Festival will dedicate a retrospective, with the collaboration of the Filmoteca Vasca, to the French director and screenwriter Claude Sautet (1924-2000), author of highly acclaimed movies including Classe tous risques (The Big Risk,1960), Les choses de la vie (The Things of Life, 1970) and Max et les ferrailleurs (Max and the Junkmen,1971). Known for his collaborations with artists such as Romy Schneider, Michel Piccoli and Emmanuelle Béart, Sautet placed himself at a comparative crossroads in the history of French cinema: he belonged to neither the post-war generation of moviemakers nor the Nouvelle Vague.

Sautet, who was born in Montrouge in 1924 and died in Paris in 2000, took his first steps in the film industry of the 1950s as an assistant director, working on around a dozen films including comedies and crime stories produced by André Cerf, Edouard Molinaro and Richard Pottier. His most important film as an assistant was his last in the position, Les yeux sans visage (Eyes Without A Face, 1960) an influential movie by Georges Franju in whose screenplay he also had a hand.

He had previously directed his first film, Bonjour sourire! (Hello Smile,1956), a musical comedy far removed from the works he would proceed to develop in the main body of his filmography. The peculiarity of this film is that it starred Henri Salvador, a hugely famous singer and guitarist who cultivated jazz, bossa nova, la chanson and rock'n'roll.

Sautet's early interests as a director soon veered towards polar detective movies, to which he contributed Classe tous risques (The Big Risk, 1960), starring one of the genre's best-loved tough guys, Lino Ventura, also based on a novel by another essential name in the world of French literature and gangster movies, José Giovanni. Sautet had already worked with Ventura a year previously on another polar,  Le Fauve est lâché (The Tiger Attacks, 1959), in which he signed the screenplay and appears to have shot a number of sequences, despite the film only being credited to Maurice Labro. Those were the early days of the Nouvelle Vague, and although Sautet wasn't part of the movement, Jean-Paul Belmondo was there playing a criminal in Classe tous risques just as he had done in Jean-Luc Godard's À bout de souffle (Breathless, 1960).

Sautet maintained his links to gangster movies and José Giovanni on participating in the screenplay of Jacques Deray's Symphonie pour un massacre (Symphony for a Massacre, 1963), and in various other thrillers. He alternated his work as a screenwriter for others with the production and writing of his own movies, always within the genre, such as his new encounter with Lino Ventura in L'Arme à gauche (The Dictator's Guns, 1965), this time based on the novel by the North American Charles Williams.

Later, with the change of decade, Sautet entered the most prolific and popular period of his career thanks to the boost of Romy Schneider and Michel Piccoli, one of French cinema's most successful couples in the early 70s. His collaborations with the infallible acting twosome were Les choses de la vie (The Things of Life, 1970), where they provided two sides of a love triangle, and Max et les ferrailleurs (Max and the Junkmen, 1971), a different take on the police movie where Piccoli-Schneider maintained a love-hate relationship in the roles of detective and prostitute. Yves Montand joined the group as from César et Rosalie (César and Rosalie, 1972), with Schneider, and yVincent, François, Paul et les autres... (Vincent, François, Paul and the others, 1974), with Piccoli.

The success of this diptych-type take on the sentimental and existential crises of diverse middle-aged characters marked a new tone in Sautet's work. The drama darkened in Mado (1976), his last film with Piccoli; Une histoire simple (A Simple Story, 1978), his last collaboration with Schneider, and Garçon! (Waiter!, 1983), his last with Montand. All are films about the ups and downs of love and the notion of clinging to a last chance.

Sautet also made a drama following a drug addict as he recovers his emotions and his family in Un mauvais fils (1980), and a very different romantic comedy, Quelques jours avec moi (1988), starring Sandrine Bonnaire and Daniel Auteuil, as well as returning the favour to Giovanni by writing the screenplay for Mon ami le traître.

He later found in Emmanuelle Béart a new actress who gave him the same confidence as he had enjoyed with Schneider and together they made his last two films Un coeur en hiver (A Heart in Winter,1992) and Nelly et Mr. Arnaud (Nelly & Monsieur Arnaud,1995), both delicate dramas about love triangles and unexpected attractions.

The Festival's 70th edition, to run from September 16-24, will launch a collection of books on the cinema, published in collaboration with the Filmoteca Vasca and whose first issue will be dedicated to Claude Sautet. This new stage opens at the end of the rewarding collection of publications produced in recent years by the San Sebastian Festival with the Filmoteca Española.

Retrospectives have been part of the identity of the San Sebastian Festival since practically its beginnings, when, in 1959, the first one was dedicated to René Clair. Throughout its history, the Festival has programmed both cycles around a figure of film, whether classic or contemporary, or has brought together a series of filmmakers around a topic, an era or a film language. 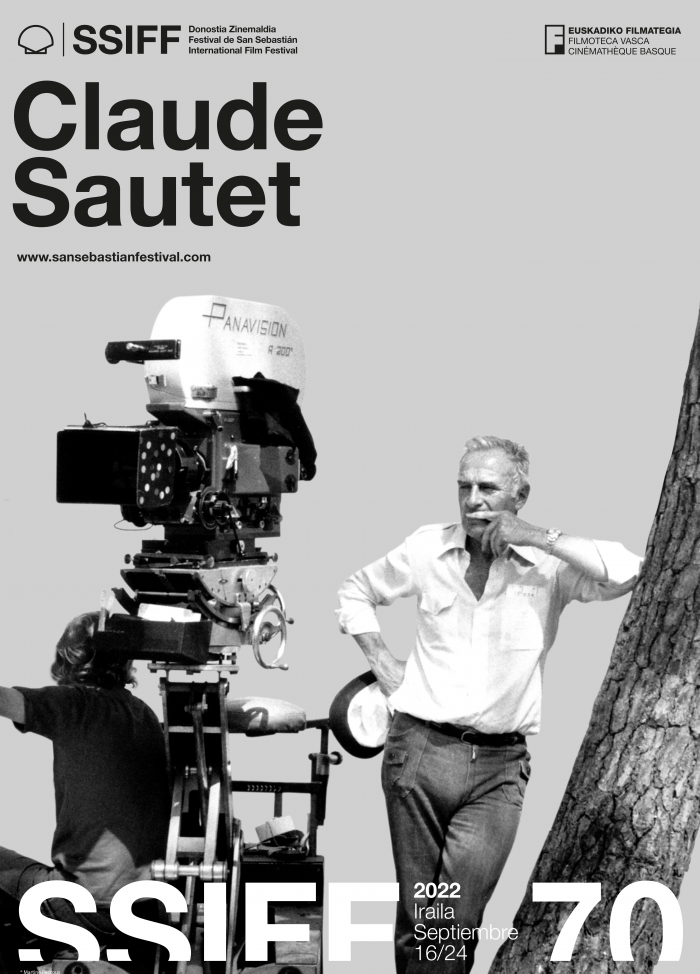 The Way It Was 2021
Retrospective - Flowers in Hell. The Golden Age of Korean Cinema
Download pictures in high resolution